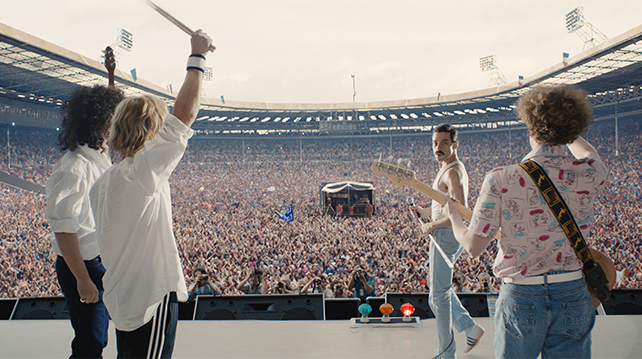 Bohemian Rhapsody - The music and the booze [Spoilers, you're warned]

Throughout the movie, the different beverages consumed by the band marked some significant occasions in the progress of Queen. There were three beverages we saw considerably in the movie - beer, champagne and vodka.

Beer was drank a lot in the movie, the most commonly consumed beverage by the band. Bulsara (before he changed his name to Freddie Mercury) met his band mates Brian May and Roger Taylor when the latter were in college in a band called Smile. When Bulsara visited the pub to watch Smile’s performances, he would always order beer. This was 1968, Bulsara was 22.

Queen, the name Bulsara came up for the band (now joined by the latest member, John Deacon) were unconventional. Bulsara had by now legally changed his name to Freddie Mercury. Their recordings were elaborate, with flamboyant and energetic performances by Mercury, the band changed the game for the rock and roll scene in the west.

To elaborate on the point of the band’s outrageousness, Mercury once tilted his piano upright while recording “Killer Queen” to create a vaudeville effect, conjuring different sounds and overdubbing its own recordings with one another. 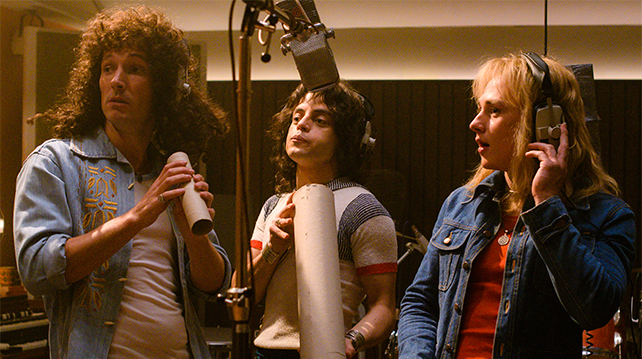 Queen would use all kinds of material in their recordings

And there was always beer during their recording sessions. Whilst recording the album “A Night at the Opera”, beer cans were used as instruments, coins were placed on drums and champagne poured onto drumhead for sound effects.

It is said that Mercury’s favourite beer style is a hoppy pilsner. In commemoration of Bohemian Rhapsody’s 40th anniversary, Queen released their Bohemian Lager (a hoppy pilsner) at 4.7%ABV brewed by RnR in the Czech Republic (Why in Czech you ask? Because it’s the Kingdom of Bohemia!). 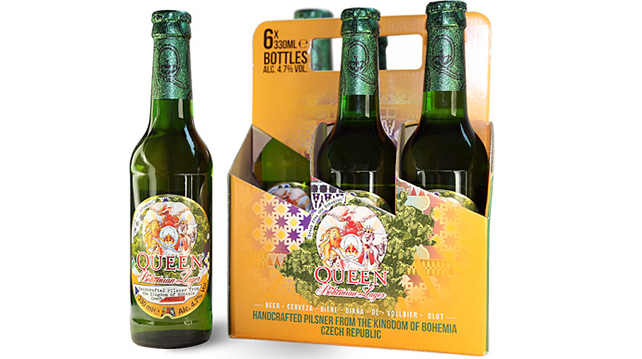 As Queen’s popularity rose, the band was making more and more money. Mercury’s taste for booze grew expensive. His favourite champagne brand was Louis Roederer Cristal. When he was lonely, he would throw parties with free flow booze. We saw MoÑ‘t & Chandon appearing quite a fair bit in the movie, sometimes half submersed in the ice bucket - you can just tell by the shape of the bottle whether it is a MoÑ‘t or a Cristal.

When EMI (who also had The Beatles and Elton John under their wings) threw out Queen’s Bohemian Rhapsody, not accepting that a 6-minute long recording would be aired in any radio station, Mercury went to see Kenny Everett. Everett was a much-loved DJ in Capital London. With similar personalities as Mercury, the good friends had some champagne in the studio when the DJ aired the 6-minute song “by accident” before the radio station even gave a green light to it. The rest is history after that.

One scene in the movie that really told how lonely and isolated the artist was, was after he and his girlfriend Mary Austin separated. He bought a house next to his for her so that she would be close by. He could see her second floor bedroom from his living room. One night when he was on his own, he rang Mary up and asked her to play a game. She would have to pour a drink for herself first and flicker her light twice, then toast him before saying goodnight. He poured himself a champagne, Mary pretended she did, bid him goodnight and then held the phone for a long pause before hanging up.

In the truck cabin before Live Aid, the band was waiting for their turn to perform their 20-minute set. A bottle of Soviet-era label Stolichnaya with red and gold was visible at the table together with other booze. According to Mercury’s personal assistant Peter Freestone, the lead singer’s favourite tonic was Schweppes – but we never saw Schweppes in the movie. 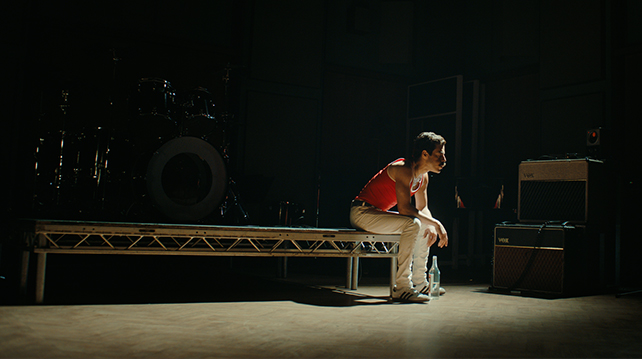 Remember the starting scene of the movie, the camera was following Mercury from his home to the Live Aid stage at Wembley Stadium? After the curtain to the stage and the 72,000 audience was drawn, Mercury walked to the grand piano which was topped with numerous red and blue label cups, sandwiching his own lemon and honey. Pepsi got huge exposure in this set, for at least 2 and a half minutes, where Mercury performed Bohemian Rhapsody at the piano. Why is Pepsi significant? Because it sponsored Live Aid and Schweppes is a tonic brand distributed by Pepsi’s rival, Coca-Cola.

Side fact is that PepsiCo had a barter agreement with the Soviet Government from 1972 to distribute Stolichnaya in the United States in exchange for Pepsi to be produced and sold in the U.S.S.R. After the Soviet Union dissolved in 1991, disputes over trademark in the United States led to several law suits for producing and marketing the brand. SPI Group, the company that claims the right of ownership to the vodka brand took back the distribution in the United States in 2013 after a change of hands from PepsiCo to William Grant & Sons. The same occurred in some European countries, such as Britain, where SPI Group retained their trademark of Stolichnaya based on the registration of the trademark. In these instances, individual countries have jurisdiction instead of the validity of the mark where the origin matters.

The ownership of Stolichnaya remains in Russia as the Russian government denies the legitimacy of the privatisation it claims never materialised. An appeal by the SPI Group was also denied. However, the privatisation of the brand deriving from succession by the SPI Group in Russia continues in their legal battle with the Russian government over the rights of the brand. The dispute goes on.

I enjoyed the movie. It made me weep like a baby but also made me nervous. Every time the band won a record deal, received positive reviews from critics, even when EMI turned down their most epic album, it was triumphant. That kept me anticipating the moment that will make me cringe, but none of that happened: Not when Mercury was asked gruelling questions by the press, not when Mary Austin left him, not when he split from the band did any of that make me want to blame Mercury for his demise. I only had pity for him, and I think for that we have to thank Rami Malek for his great acting. He brought Mercury back to life.

The most enjoyable part of the whole movie was the 20 minutes Live Aid set in 1985. It felt so real to the point that it looked like it was a recording of the real deal. There was, however, a flaw in the timeline, one which I’m not sure why the producers decided to incorporate. Mercury was diagnosed with AIDS in 1987, 2 years after Live Aid, so to be putting that plot in where he announced his illness to the band members before the performance seems like a sloppy job. Paul Prenter, Mercury’s manager responsible for his isolation from the band, was only fired in 1986 and not before Live Aid happened. How different would the producers have done it if they stuck to the actual timeline of events? We’ll never find out now. 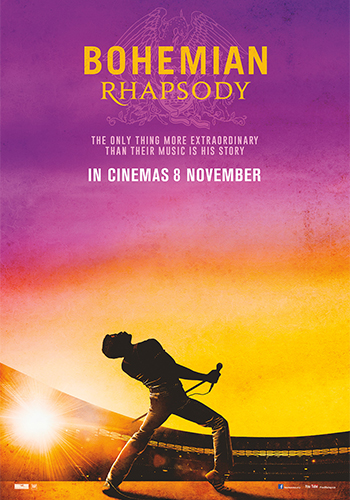 Go watch Bohemian Rhapsody, it will be released in all major cinemas in Malaysia from 8th November 2018.