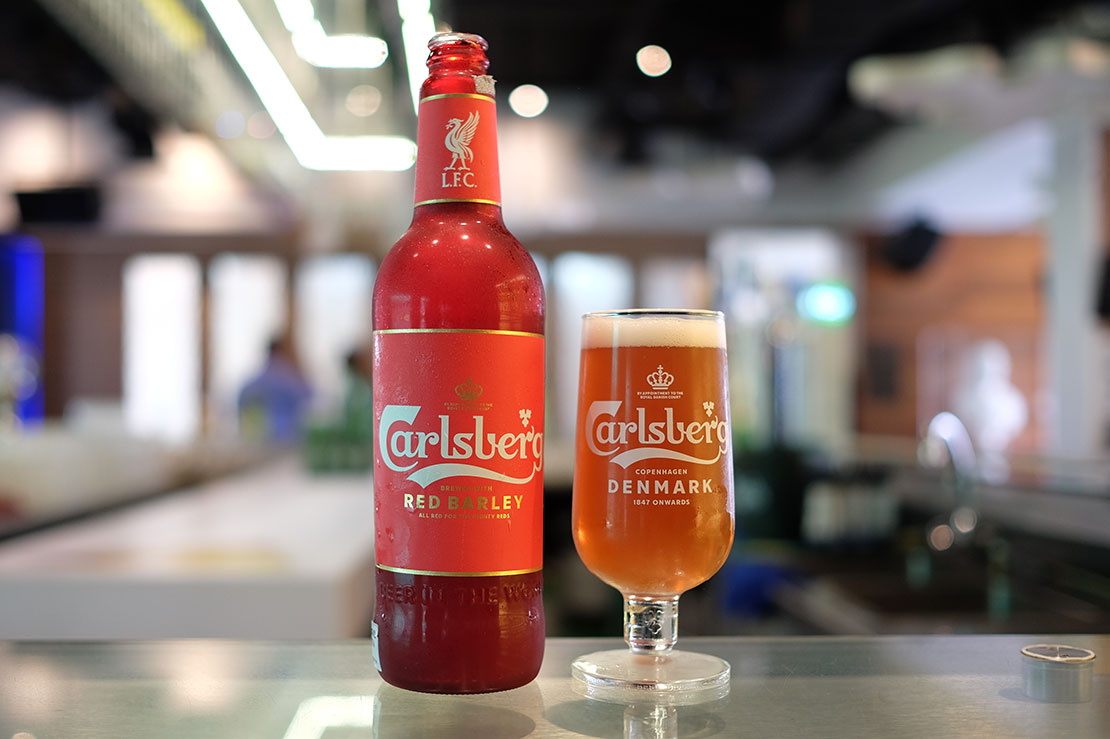 Liverpool FC fans, you won’t want to miss this

Carlsberg has brewed a red beer for Liverpool FC to celebrate the historical move by the club for changing their club outfit to all red. The football club’s uniform used to be white shorts with red stripes, red tops and white piping on the jersey until club manager Bill Shankly swapped the whole set to full red in 1964, because he believed that teams wearing red win more.

Where does the red colour in the beer come from?

10 years ago, Carlsberg’s laboratory found an Asian strain of barley that is completely red. It was then introduced into a breeding program; the outer shell of the barley is what gives the red in this limited-edition pilsner. The barley was tricky to grow, and hence only small amounts were available. After over one-year’s experiment, the team finally found the recipe for the brew. Head of the Carlsberg Laboratory, Birgitte Skadhauge said, “Now we can go all red with Liverpool,” referring to the creation of the beer and the ongoing partnership with the club since 1992, the longest standing partnership in the Premier League.

The special edition Carlsberg Red Barley comes in a red bottle with red cap inside a red box marked with the LFC logo. At 4.5% ABV, it has berry notes on the nose with a fruity flavour and a slight dry white wine finish.

Liverpool FC fans now have the chance to win one of 2,500 bottles of this Red Barley as collectables from 80 outlets across Malaysia.

Purchase Carlsberg Danish Pilsner or Carlsberg Smooth Draught at participating coffeeshops and restaurants, bars, pubs and bistros and receive a game card to guess the winnings scores in the games between Liverpool FC and Newcastle, Chelsea and Sheffield United. Closest score guesses stand to win this special edition Carlsberg Red Barley at Probably The Best Football Viewing Parties between 14 to 28 September during the viewing of matches.

Or follow Carlsberg MY Facebook page and take part in their online contest. Five lucky winners will receive the Carlsberg Red Barley together with a premium stem glass in a collector’s gift box that opens to reveal a video tribute to The Reds in the lid.