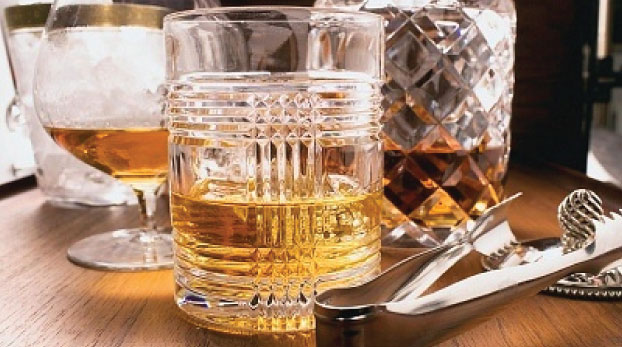 Definition of a Cocktail and the Old Fashioned

Before the Mango Daiquiri, Frozen Strawberry Margarita and Lychee Martini there were tipples like the Sazerac, the Blood and Sand and the Dry Martini (stirred NOT shaken). What do all these have in common? They’re all cocktails! The latter being what are known as ‘classic cocktails’ (a couple of which many people have probably never heard of) and the former as ‘New Age’ or ‘contemporary’ cocktails.

Contemporary cocktails, for the most part, are created on the basis (or DNA if you will) of a classic cocktail. Therefore, in order to concoct great-tasting and balanced New Age cocktails, it’s important to start with an understanding of the classics. In this segment, the aim is to educate and create a foundation of knowledge upon which we can build.
So, before we jump into the vast world of classic cocktails and some truly vintage ones, let’s take a look at what defines a cocktail. In the nineteenth century, when the word first started to indicate a drink, it denoted something quite specific: spirits or wine, sweetened with sugar, diluted with water if necessary (or ice), and spiced up with a few dashes of bitters (a medicinal infusion of bitter roots, herbs, barks and spices). However, as cocktails now enjoy a resurgence after a rough patch, the word can mean anything from “whatever is served in a conical, stemmed glass” to “ a mixed drink containing alcohol” (even in the sense of booze served in a plastic cup full of ice and soda*  – as commonly seen in certain places in the USA.)
With the definition in place of a cocktail having four basic components, let us take a look at the cocktails that stay true to this. The first – The Old Fashioned.
The Old Fashioned is the cocktail which most truly represents the definition of a cocktail as also found in the first ever cocktail book, the 1862 edition of Jerry Thomas’ How to Mix Drinks, which set the standards for the industry. In the 1880s, the Pendeannis Club in Louisville, Kentucky claimed the Old Fashioned as their own. And since Kentucky is an area popular for bourbon whiskey, it has been said that the cocktail was popularised by a bourbon distiller named Colonel James E. Pepper. The Old Fashioned is essentially a cocktail made with a sugar cube soaked in bitters, mixed with a bit of water and muddled until it dissolves, then chilled with ice, mixed with the whiskey and finally garnished with lemon or orange peel. The Old Fashioned has also lent its name to the tumbler-like glass it is served in, which is more commonly known today as a rocks glass. This cocktail would be suited for gentlemen. Although the cocktail has been sweetened by the sugar, the strength of the whiskey still holds through. It is also deemed more “sophisticated” or “macho” to be seen holding an old fashioned glass as compared to, say a Martini glass.
Once again, with the standard definition of a cocktail, in future posts, we will explore the stories, history and compositions of the plethora of forgotten classics and vintage cocktails. Just to give a taste of some of the cocktails to come – how would you like to know more about the Martinez, supposedly the father of the ever-popular Dry Martini? Learn about the Cosmopolitan, and whether the Singapore Sling actually originates from Singapore.
Fascinated? Stay tuned. Cheers!
*David Wondrich (2007). Imbibe!: From Absinthe Cocktail to Whiskey Smash, a Salute in Stories and Drinks to "Professor" Jerry Thomas, Pioneer of the American Bar.

David Wondrich is one of the foremost authorities on cocktails and their history. He writes for a host of magazines on the subject and also lectures on the subject. He is a founding member of the Museum of the American Cocktail and a partner in Beverage Alcohol Resource, the first advanced education program in spirits and cocktails.