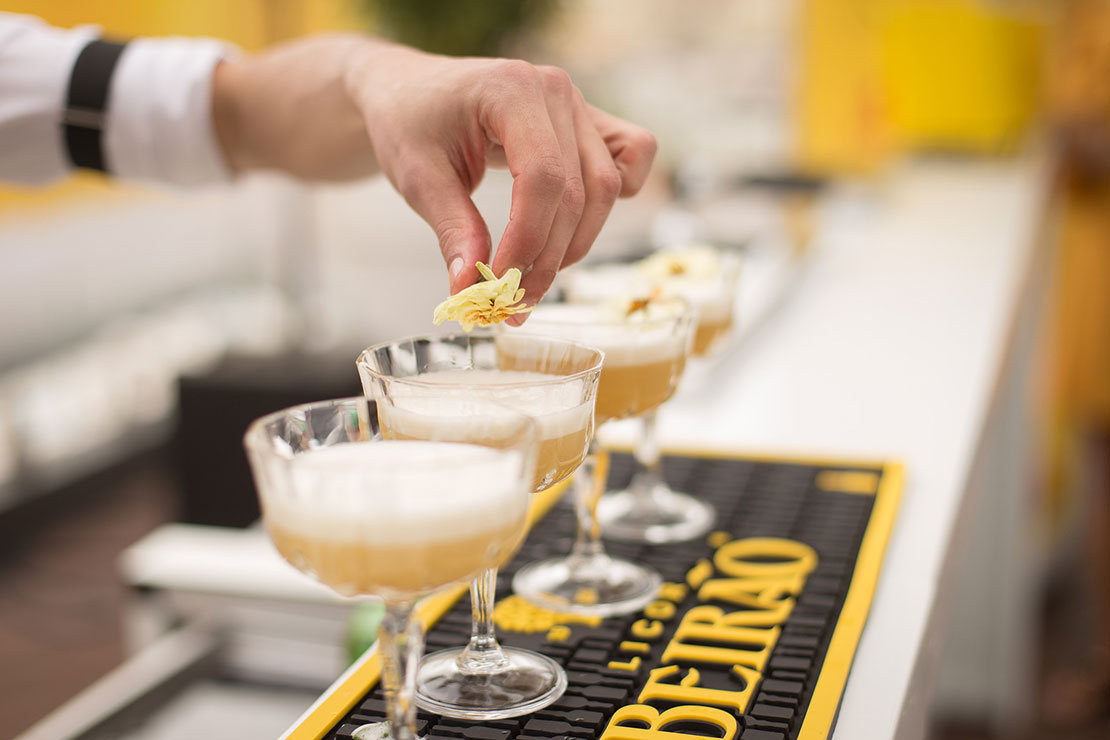 Image by LicorBeirao from Pixabay

The Whiskey Sour is probably one of the most popular drinks in a bar, here and around the world. A mix of whiskey, lemon juice, sugar syrup, and egg white, Whiskey Sour is one of the essential cocktails that bartenders need to learn as part of their training. The cocktail utilizes the dry shaking method to aerate the egg white in the drink to create the foam on top of it.

Personally, it was one of the cocktails that I dreaded making. The drink needs to be shaken vigorously to properly aerate the egg white to create the foam on top of a Whiskey Sour. Shaking it for too long will result in the egg splitting, while too little will cause the foam to not form properly. However, in my half a decade working behind the bar, I daresay that I have gotten more adept to it, but this is a story for another day.

There are more than enough 'perfect' whiskey sour recipes. Instead, I will look into one ingredient that we often discard while making this classic drink: the egg yolk.

Have you ever wondered what happens to the yolk after every Whiskey Sour or Pisco Sour? The sad truth is unless they have a kitchen that uses the yolk, most bars will usually discard it without so much as a second thought.

The dilemma does not just affect bartenders. If you were amongst the many who embraced home baking throughout the lockdown, you would probably have used egg whites while wondering what to do with the leftover yolks.

In reality, there are tons of recipes readily available to explore. You can use the yolk as a wash for bread and pastries for that irresistible sheen. For a little more challenge, try making custard cream for a Bread-and-Butter Pudding or Hollandaise sauce that goes on top of that Insta-perfect Eggs Benedict.

However, there is a lack of cocktails that use egg yolks. One popular recipe is the festive Eggnog. The traditional version is rarely made by bartenders here as it requires a stove; a luxury that not every bar has. It is also an odd drink to offer year-round, for it is synonymous with the Christmas season.

Flipping to The Past

A cocktail that is similar to the Eggnog is a flip. The flip uses egg yolks as one of the ingredients. The rest includes a base spirit or fortified wine and a sweetener (usually sugar syrup), with citrus juice as an option. I first came across this while reading Death & Co: Modern Classic Cocktails (2014).

The flip originated in England towards the end of the 17th century. In its early days, a flip was a mix of beer, rum or brandy, sugar (or molasses in some records), and spices. The drink was made by mixing all the ingredients and pouring it back and forth between two pitchers, creating a frothy head (think teh tarik).

The beer was eventually replaced with eggs, while the drink sweetened further. Instead of pouring between two pitchers (or rolling), a red-hot iron poker heats the mixture, creating the burnt bitterness and the signature froth of early incarnations of flips. The iron poker, which is also known as a flip-dog, may have been where the style got its name.

In the late 19th century though, the flip would change from the hot drink served in taverns to shaken cocktails served in hotel bars. Jerry Thomas, the father of modern cocktail, first introduced the flip as a drink of sailors in his book, The Bar-tenders' Guide (1862). The flips listed in the book still used the rolling method, with one of the vital steps involving "beating up the eggs well", before adding the sugar and grated nutmeg.

Thomas then updated the recipe in 1887 for both a cold and a hot flip, which was made by shaking up the yolk of an egg with a spirit and sugar, then topping it up with either hot or cold water in a glass before serving. The version today skips the addition of water altogether, with the drink served in a Nick & Nora glass or a coupe.

Some of the better-known flips are the Sherry Flip and the Port Flip, with variations utilizing all of the spirits commonly found behind a bar, like brandy or rum. Below is a cocktail recipe for you to try, one which I find great for people who do not like the smell of egg yolk: 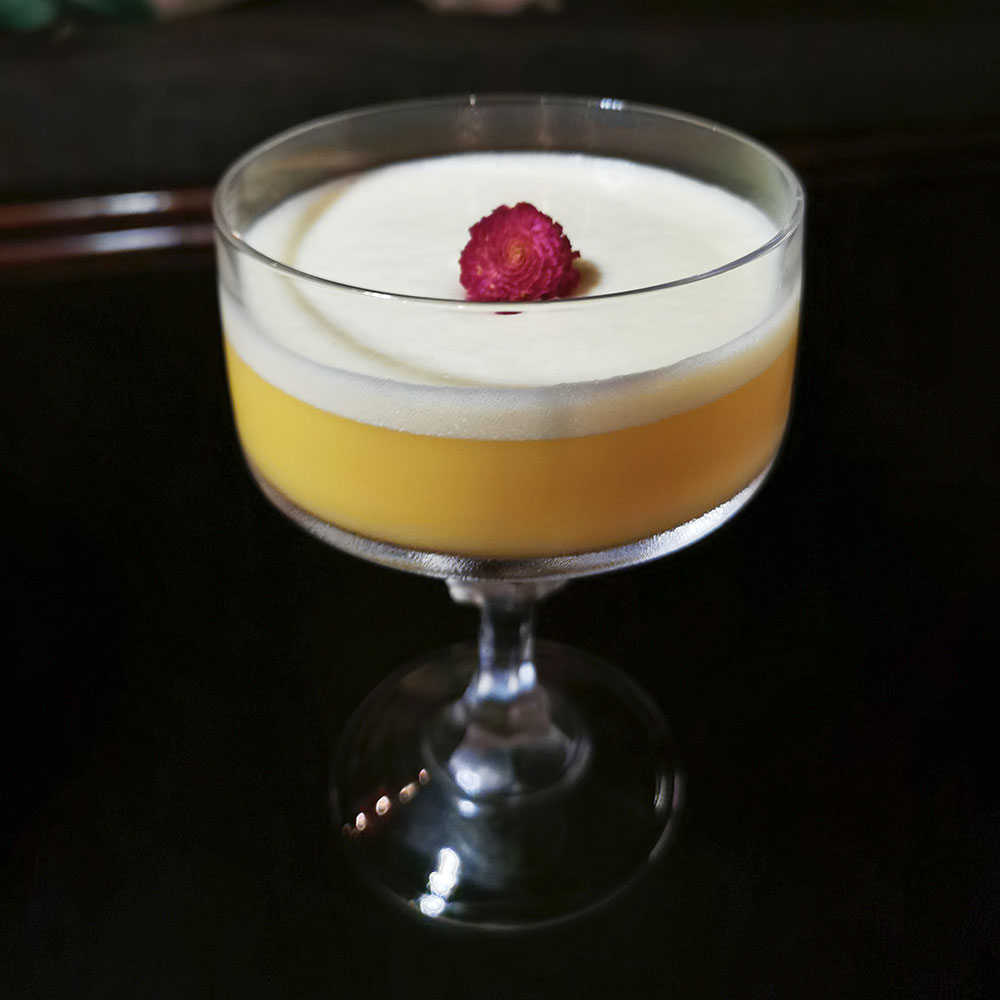 Mix all ingredients in a shaker without ice and shake for 10 seconds. Remember to hold on tight to the shaker, as it wants to burst apart when shaken without ice. Add ice and shake vigorously for another 20 seconds. Once done, double strain into a coupe glass and serve.

Another cocktail that includes an egg yolk is the Golden Fizz, a variation of the classic Gin Fizz, which itself is a mix of (Holland) gin, lemon juice, and sugar, before being topped off with soda in a highball glass.

The Golden Fizz's history is slightly younger, first listed as the Golden Fiz in The Bar-tenders' Guide (1887) by Jerry Thomas. The cocktail consisted of Old Tom gin, lemon, egg yolk; all shaken and poured into a tall glass before being topped off with seltzer water.

Besides the Golden Fizz, the other variations of Gin Fizz that use eggs are Silver Fizz (egg white), Royal Fizz (whole egg), and the infamous Ramos Gin Fizz (egg white and cream).

For Golden Fizz, I find that using contemporary gins like Four Pillars Bloody Shiraz or Old Tom gin like Citadelle No Mistake can add a layer of flavour complexity to the drink. However, any gin works just fine.

Below is an adaptation that uses Citadelle No Mistake for the base. 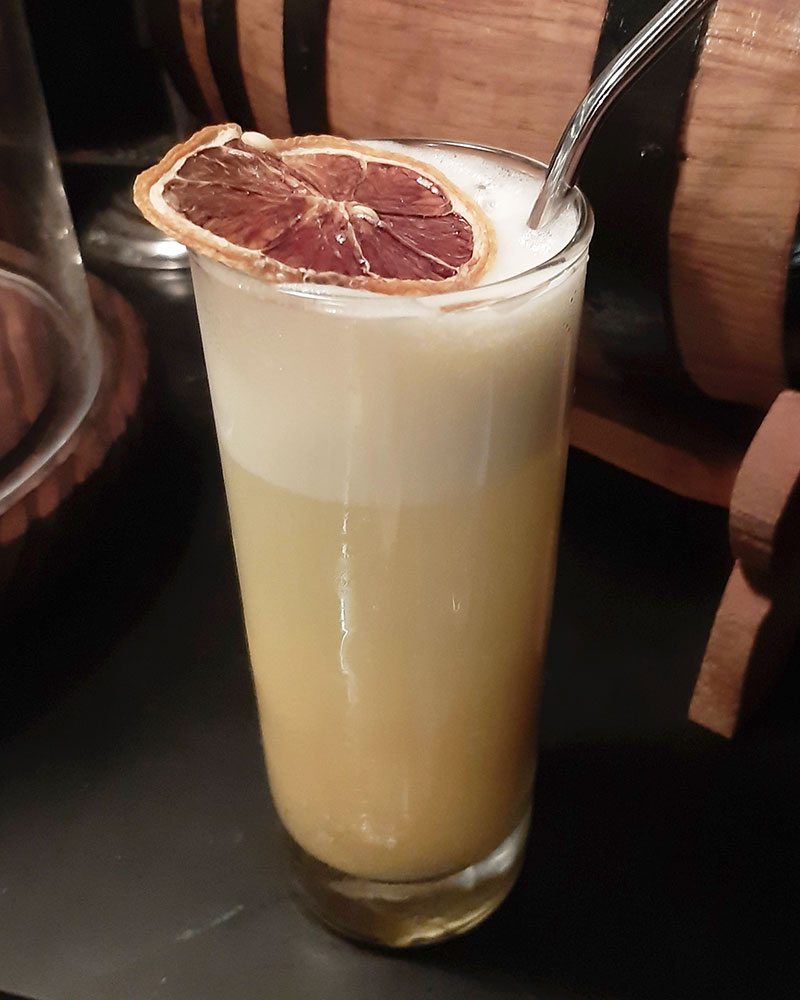 Mix all ingredients in a shaker without ice and shake for 10 seconds. Remember to hold on tight to the shaker to avoid it bursting open when shaken. Add ice and shake vigorously for another 20 seconds. Fill half the highball glass with large ice and double strain the drink into the glass. Top up with soda and garnish with lemon peel before serving.

For The Daring Ones

While this is not a cocktail per se, the Prairie Oyster or the Prairie Cocktail is a supposed hangover cure that involves egg yolk as one of the ingredients. The recipe calls for a raw unbroken egg yolk seasoned with Worcestershire sauce, hot sauce, salt, and pepper.

Just like an oyster shot, one would down this drink in a gulp. The oyster in the name refers to the unbroken yolk. After all the seasonings though, it does feel like a creamy oyster laden with hot sauce. Several novels and films have featured this hangover cure, with the earliest depiction going back to the 1930s. 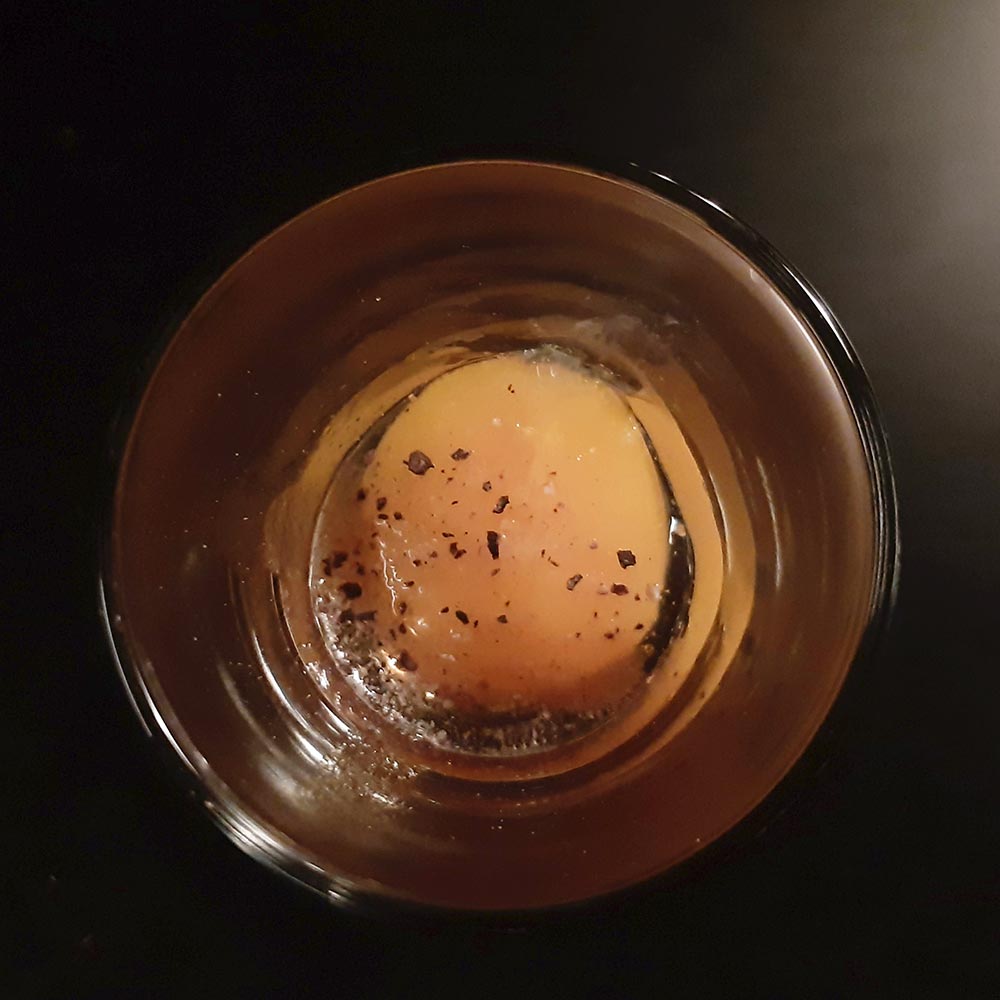 Before whipping up a drink or two yourself, there are a few things to keep in mind:

2. Make sure to use fresh eggs. If the egg smells off, throw it away. Also, the liquor will not sterilize the egg. That is a myth.

3. Wash your egg right before cracking it. This step is crucial to prevent dirt and bacteria from getting into your drink. This also links back to the Salmonella infection I mentioned above. Again, the liquor is not strong enough to sterilize the egg. That is still a myth.

4. I find lemon is one of the best ingredients to mask the taste of egg yolk. Dark fortified wine and brown spirits work well too. Keep that in mind if you do not enjoy the taste of yolk.

5. Sloe gin and contemporary gins with dominant berry notes also play well with egg yolks. In place of those, berry liqueurs like Creme de Framboise (raspberry) can work in a pinch.

6. Dry shaking (shaking without ice) before adding ice for a second shake is great for aerating the drink, creating the foam head and creamy texture for drinks with eggs. This fact applies to both whites and yolks. The idea is the same as making meringue, but with shaker instead of a stand mixer. You can cheat by using a milk frother, but what is the fun in that?