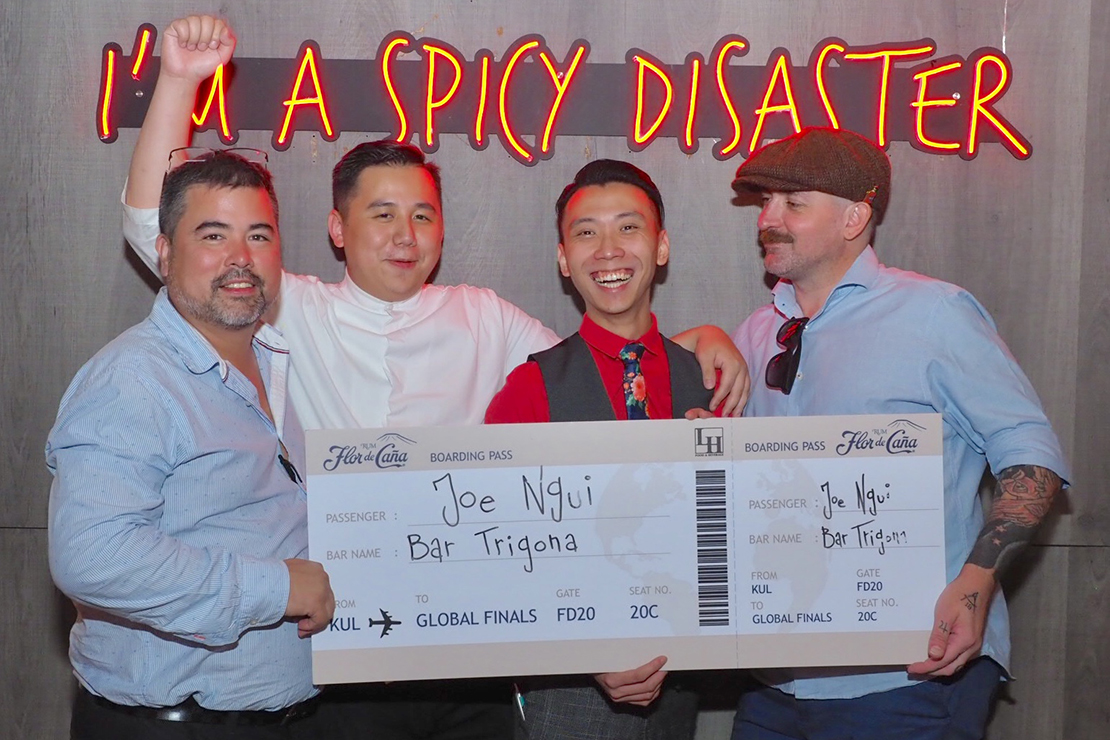 Rum brand Flor de Caña, which gained their fair-trade certificate in 2018, has brought their Sustainable Cocktail Challenge to Malaysia for the first time. The aim of the competition is to promote sustainability amongst the bartending community.

Interested bartenders would submit a video of them making and talking about their cocktail creation. Eight bartenders went to the final and gathered at The Rum Bar this afternoon to present their cocktails, which required them to show their creativity through sustainable and fair-trade products as well as drinkware.

In order of scores, Tobyn Low of Los Sombreros, Saam Pranil of High Line, Resorts World Genting and Joe Ngui of Bar Trigona went on to the mystery box round, where they were required to choose 3 ingredients from the box in combination with 4 ingredients of their own choosing to create a cocktail within 30 minutes. They would also be scored according to effort in teamwork.

Joe Ngui shone through the last challenge and made it to the top as the Malaysian Champion. According to the official press release, Ngui presented his sustainable cocktail The Mutiara in the first round with Flor de12 year-old served in a dehydrated cacao husk. His ingredients included homemade salted plum Pinot Noir, lemon fig cordial made from local sourced figs, organic balsamic vinegar and liquified egg white powder.

Ngui will be representing Malaysia in the Global Finale “Sustainable Cocktail Challenge” in March 2020, where champions from 20 countries will compete for the Grand Prize of USD10,000, followed by USD5,000 for second place and USD2,500 for third place. The competition will be held in Central America in a city yet to be revealed by Flor de Caña.