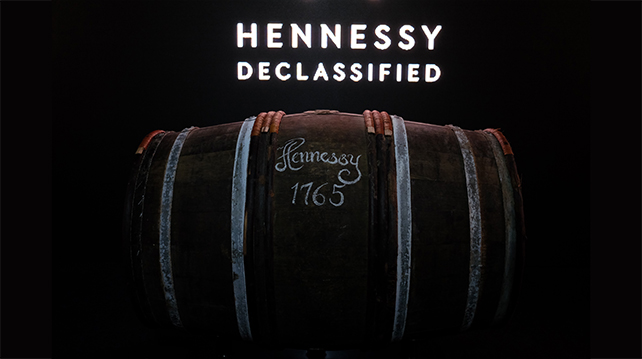 For 7 days, Hennessy Declassified, set up on the 50th floor of Platinum Park, brought trade and consumers the experience of the brand’s cognac production using five interactive zones and a bar.

Guests were first welcomed at the 50th floor with a replication of a vineyard complete with hanging grapevines. Entering the first interactive area through a white curtain, videos projected on the walls show the journey that a vineyard and the workers go through every season for the preparation of the raw ingredients for cognac – Ugni Blanc, the white grapes variety that produces Hennessy’s base spirit, eau-de-vie (pronounced as “oh-d-vee”), meaning brandy/the water of life. The entire process of cognac making was presented in an animated video of the distillery in the second area. 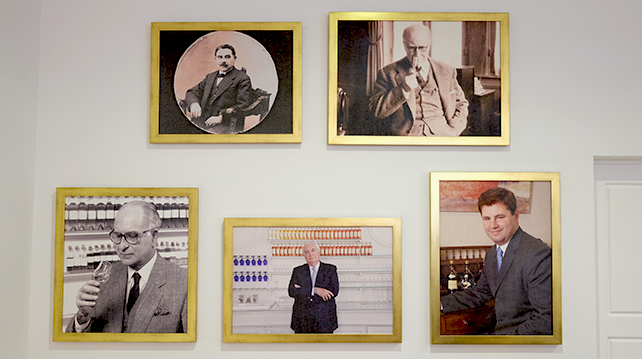 Brandy is a spirit distilled from fruits, but it can only be called cognac when it is made in Cognac of the Charente region. The production is regulated by the French Appellation d'origine contrôlée  which requires cognac to be distilled twice in copper pot stills and aged in French oak barrels from Limousin or Tronçais for at least 2 years.

To achieve the consistent flavour signature of the brand, a blending process which combines different eaux-de-vie (plural form of eau-de-vie), whether aged or unaged, is the necessary step. Each eau-de-vie must be ‘ready’ before it’s used in the blend. A master blender (maître de chai) is responsible for ensuring the consistency of the blend. Current Hennessy Master Blender, Yann Fillioux, would carry out this century-long practise of meeting with The Hennessy Tasting Committee (Le Comité de Dégustation) at 11am everyday to taste the eaux-de-vie, catalogue the maturation, and mastermind the blend. The reason for 11am? It’s the time when the palate is the cleanest for tasting. The tasting room was replicated in the third area of the Hennessy Declassified for guests to get a feel of the atmosphere. 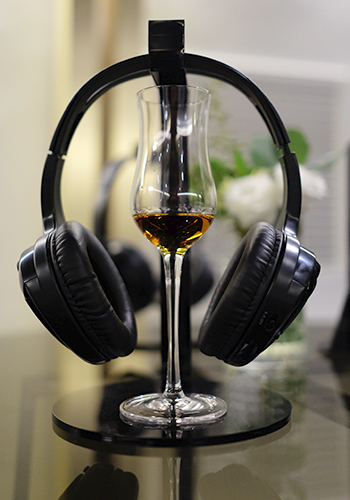 The full range of Hennessy’s iconic collection was presented in the fourth area, where on average only 10 out of 10,000 eaux-de-vie are selected to be blended to become any one of these rare variants most celebrated by the brand. Guests were guided through the tasting of Hennessy Paradis Imperial led by Brand Ambassador of Hennessy, Mr Chong Wai Keng. The expression would cost RM8,000 retail price and only limited bottles are available in Malaysia.

In the fifth and final area is the bar where cocktails using Hennessy were made by seasoned local bartenders and guest bartenders from Singapore and Hong Kong. Backed by the team from Hyde at 53M, the bar was churning out cocktails that suited a variety of tastes and to go with the food rolling out from the kitchen prepared by The Good Batch and Ruyi & Lyn. 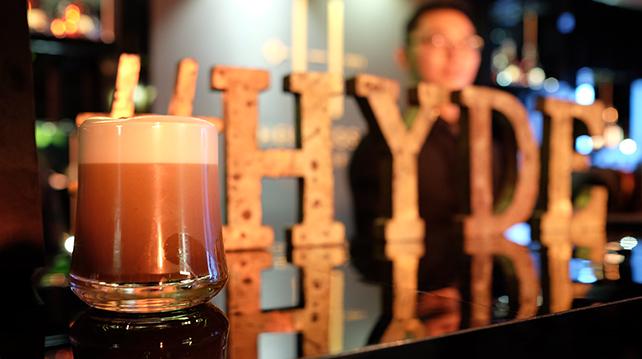 From 11 to 13 December, Gento Torigata was mixing up his two signatures, Toi et Moi and Horse’s Kick, whereas from 14 to 16 December, Hennessy cocktails inspired by Rita Bonita, such as the Bonita Highball No. 2 and Swipe Right for Tonight, were served up.

If you have missed the event, you can still visit the bartenders and try their cocktails at their respective bars: 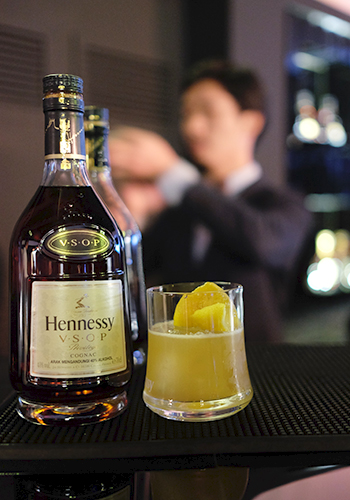