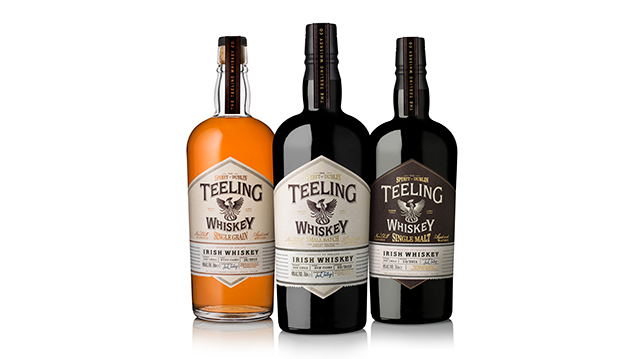 The Teeling Whiskey Company has been distilling the water of life since 1782, and is the first to be operational in Dublin, where they’re based, since 1976. Their logo of a phoenix rising out of a pot still holds special meaning to them, as they are the embodiment of the whiskey industry reborn from the ashes of a failed industry from years before. Now, Irish whiskey is booming, and Teeling is at the forefront.

The whiskey is distilled in three beautiful giant copper pot stills – named Allison, Natalie, and Rebecca, after the daughters of Jack Teeling (the company founder) – from barley, then aged in casks that were previously used in sherry, port, Madeira, white Burgundy or Cabernet Sauvignon production.

Their range varies from non-age statement whiskies, to aged expressions of 21-years, 26-years, and 30-years. Malaysia will be stocking the Teeling Small Batch, Teeling Single Malt, and the Teeling Single Grain. All expressions are bottled at 46% with no chill filtration, and each one winning awards in their respective categories.

Teeling refers to the Small Batch as their flagship Irish whiskey – a blended whiskey which matures in ex-rum barrels that gives extra character and smooth flavour, with woody undertones and a spicy finish.

From the Premium range is the Single Malt, made from a vatting of five different wine casks (Sherry, Port, Madeira, White Burgundy, Cabernet Sauvignon) which gives it a flavourful mix of dry fruits, vanilla, and again a spiciness, plus a long sweet finish.

Lastly, the Single Grain. Matured in Californian red wine barrels, it carries distinct red berry and grape notes (not surprisingly), followed by a dry finish of wood and spice.

All three expressions can be found at Single and Available.