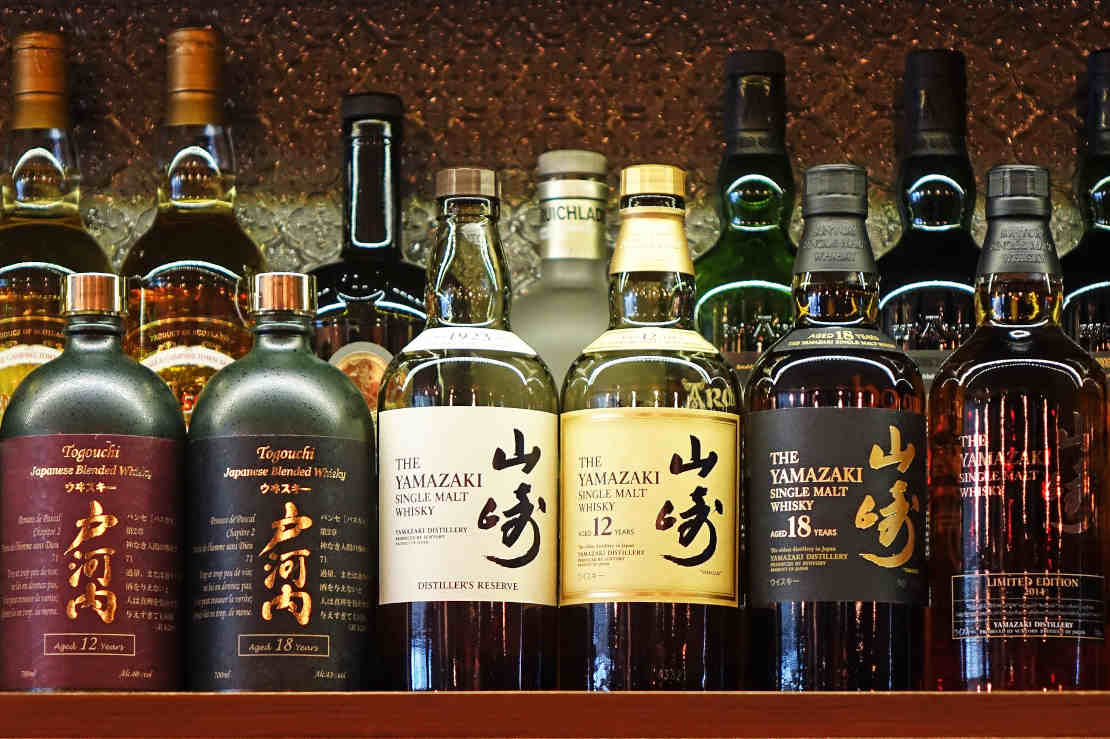 Image by Jason Goh from Pixabay

We hate to break it to you, but not all Japanese whiskies are made in Japan.

There is no law that restricts a Japanese whisky to be labelled as such even though the liquid could have been made elsewhere but bottled in Japan. To add to the confusion, some whiskies though produced in Japan, can’t be labelled as “Japanese whisky” if it doesn’t meet the qualification of “whisky” under the Japanese liquor tax law.

They can be imported Scotch (or any other neutral spirit) blended with a “tea-spoon” of Japanese whisky before bottling, and still be labelled as “Japanese whisky”. Imagine paying copious amounts of money for a Japanese whisky expression, only to find that less than 1% of the liquid was made in Japan.

Japan has been producing whisky since 1870 with imported European liquors blended and bottled in Japan. Yamazaki was the first distillery, opened in 1924 by Shinjiro Torii with the help of Masataka Taketsuru, who returned from his two years trip in Scotland with the knowledge of whisky making. As of 2020, there are eleven active distilleries in Japan.

Though with over 100 years of whisky producing history, the Japanese law that governs whisky has not been updated since its inception in the 1950s.

The rules surrounding Japanese whisky were loose, until now.

There isn’t a Japanese whisky association like the Scotch Whisky Association in Scotland, which is heavily backed by whisky producers with membership fees according to each distillery’s annual sales. In Japan, the Japanese Spirits and Liqueurs Makers Association (JSLMA) is closely linked to Japan’s National Tax Agency and receives a flat annual fee from all producers not exclusive to whisky distilleries.

Though it lacks the funds and manpower to focus on just one segment of the industry, JSLMA has now announced a new Labelling Standard for Japanese whisky that producers are encouraged to adhere to. This will hopefully curb the longstanding lack of regulation and transparency of Japanese whiskies.

The new labelling standards are only to be adopted by distilleries voluntary. The aim of the new standard is that for a whisky to be labelled as “Japanese whisky” it has been distilled, matured and bottled in Japan. This new standard is to apply to domestic and export whiskies.

Raw ingredients must be limited to malted grains, other cereal grains, and water extracted in Japan. Malted grains must always be used.

Aging: The distilled product must be poured into wooden casks not exceeding a capacity of 700 litres and matured in Japan for a period of at least 3 years thereafter.

Bottling: Bottling must take place only in Japan, with alcoholic strength of at least 40% as of such time.

Colouring: Other plain caramel coloring (E150) can be used.

There is no mention of consequence for non-compliance with the new labelling standard. Whether products not in compliance with such a standard will still leak through the system has yet to be discovered.

But we must all agree, a written regulation is a good start. Distilleries that wish to retain confidence in their products will voluntarily comply with the labelling standards now that consumers globally are aware of the new rules.

According to Youichi Kiuchi of Kiuchi Shuzo's Nukada Distillery, Japanese whisky exports in 2020 increased 40%, ahead of the expected 21% growth projected the previous year. The introduction of this new standard will only be a positive move for the Japanese whisky industry.

The question is, will this new rule mean the increase in the already inflated price of Japanese whiskies due to tilted equilibrium of demand and supply?

The interesting part of the regulation is the use of wood, which remains loose in the new standard. This will definitely be a unique feat for creativity in Japanese whiskies, seeing that we have tried Mizunara oak and the recently much hyped Japanese cedar (Yoshuni Sugi) used in whisky finishing.