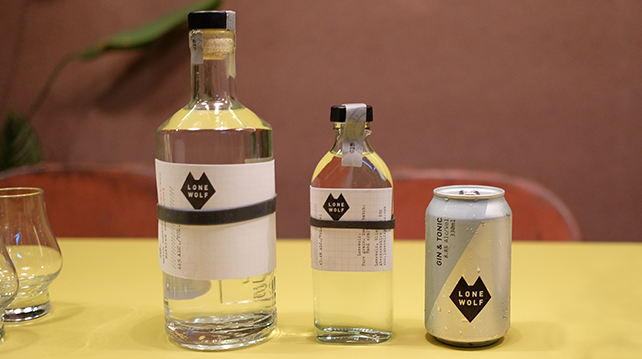 Leading Scottish cult brewer BrewDog has quietly set up a distillery on the site of their brewery in Aberdeenshire, taking two years from planning to the launch of Lone Wolf Gin in May 2017.

Malaysian craft beer importer MyBeer has, in the past, brought in experimental spirits by other craft beer brands such as Mikeller and Rogue but never imported for distribution. However, BrewDog’s Lone Wolf is producing more at a batch size of 3,000 bottles per year, with the gin aiming at bar shelves in Malaysia alongside other craft spirits. Malaysia is also the first market in Asia that the brand is entering. 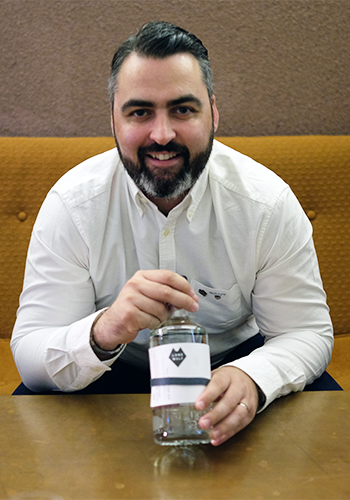 The brewery-owned-distillery is run by a small team with four distillers and Keith Beattie, the Sales Manager, who visited KL on 25 May 2018 and conducted a small tasting at Coley. What’s worth noting is the one-of-its-kind and patented triple bubble still designed by the Head of Distillations Steven Kerseley that is attached to an 18-metre high column still with 60 plates, which is possibly the tallest in Europe. This combo was drawn on paper over a drinking session amongst the founders. It took several persuasions for the still maker to finally agree to build this odd looking still.

The distillery makes its neutral spirits using 50% wheat and 50% malted barley. The yeast used for creating the mash is signature to BrewDog’s beers. After 4-5 days of fermentation, it goes into the triple bubble still for first stage distillation. The 3,000 litres still produces spirits up to 60% ABV (vodka) and in the second stage, is transferred to the 60-plate column still for further purification, bringing the alcohol volume up to 97% (only column stills can create such high ABV and the minimum required for vodka is 96.4%).

The third stage of distillation shows the painstaking effort the brand tries to achieve in further removing impurities from the spirit (now vodka) through a demethaniser column which also gives a smoother texture. 14 botanicals are used in the 4th stage distillation through the gin still where the 70% ABV liquid is now only left with 450 litres. The alcohol is finally brought down to 40% ABV before bottling at -1˚C.

The botanicals are juniper berry, grapefruit peel, pink peppercorn, orris root, fresh lemon peels, mace, kaffir, Thai lemongrass, cardamom, lavender, angelica root, coriander seed, almond and Scotch pine needle. The last was added as one of the founders would always bring back some from his walk as it is unique to the landscape. 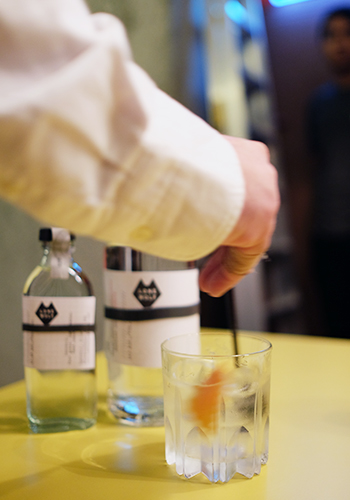 The gin is in a clear bottle which is wrapped around with a thick white paper label using a rubber band. All the information is printed on both sides of the label. When the label is taken off, the plain bottle accentuates the black Lone Wolf logo and the embossed name below. 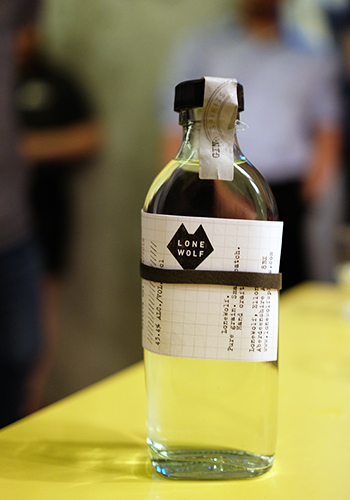 Strong citrus note on the nose that continues at the first sip. Immediate spiciness at the tip of the tongue. Take a second sip and the notes of cardamom is apparent, and then herbs such as coriander seed and orris roots prevailed with peppercorn in the after burn, leaving behind earthy and piney notes on a breathe-out. 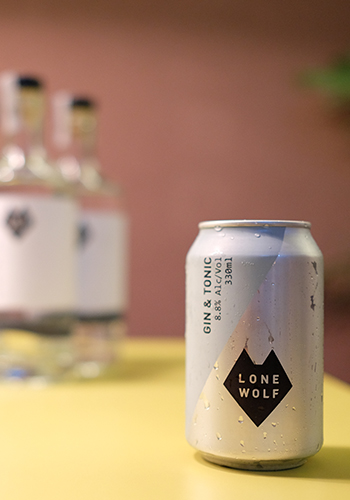 Lone Wolf produces their own tonic water using South African Grapefruit. Following the popular trend in the UK for canned cocktails, they have canned a G&T at 8.8% ABV for the market. Expect even stronger cocktails such as Bloody Mary and Espresso Martini at up to 20% ABV in a can. We also can’t wait to try their Gunpowder Gin (57% ABV) that uses green peppercorn, star anise, lime peel and Szechuan pepper.

Beattie also hinted that the distillery will be experimenting with whisky, rum, tequila and absinthe. Stay tuned!