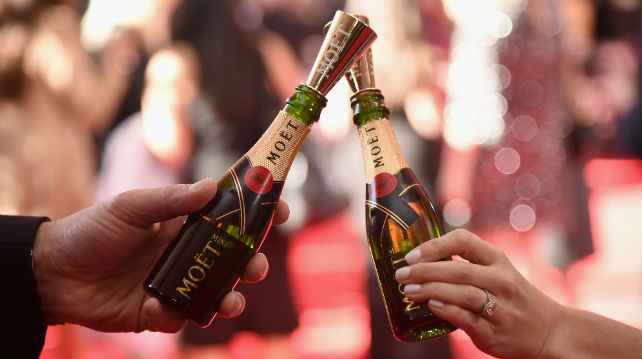 A toast to the 76th Annual Golden Globe Awards

As all of Hollywood descended upon the 76th Annual Golden Globe Awards in Los Angeles on the 7th of January, Moët & Chandon was present to help heighten the festivities, and with plenty of good reason to celebrate.

This year marks their 28th anniversary as the official champagne of the Golden Globes, as well as the 10th anniversary of the Maison’s popular philanthropic initiative Toast for a Cause, which was commemorated with 1,500 Moët Minis being distributed on the red carpet. Moët & Chandon Golden Globes Ambassadors Gemma Chan and Camilla Belle, as well as Amy Adams, Glenn Close, Idris Elba, Dakota Fanning, Gina Rodriguez, Darren Criss and many more raised a celebratory Moët Mini in honour of their charity of choice, which receives a $1,000 donation from Moët in the participants’ names. Over $250,000 to over 150 charities has been donated in the last decade. 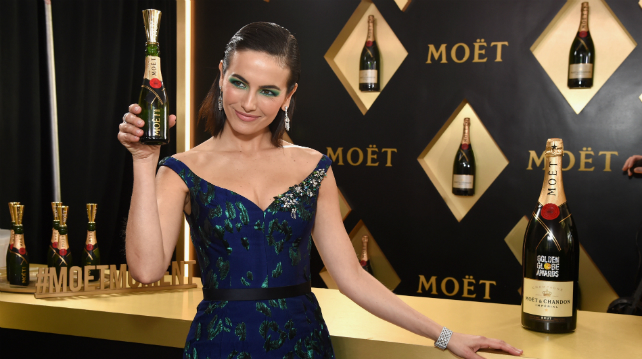 Throughout the night, guests sipped on magnums of Rosé, Impérial, and Grand Vintage 2008, and also the specially created official cocktail of the 76th Golden Globes, The Moët Belle – created by actress and filmmaker Camilla Belle (pictured).

Drawing from Belle’s Brazilian roots, the cocktail is easy to make at home, but also captures the beauty and glamour of Hollywood’s biggest night. 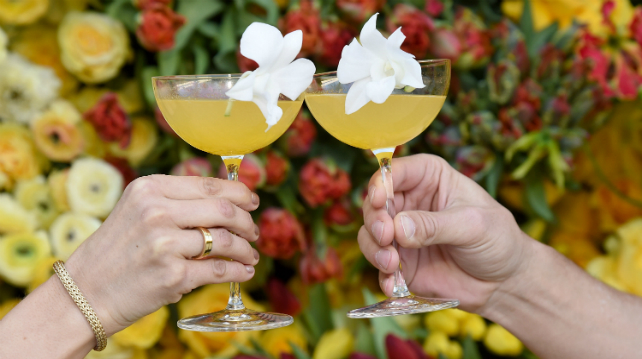 The Moët Belle by Camilla Belle

Combine the ingredients in an ice-filled cocktail shaker. Shake and strain into a coupe glass. Top with Champagne. Garnish with an edible flower and serve with a smile.