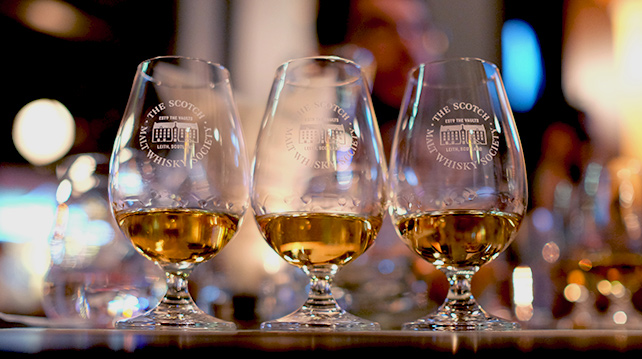 A look back at Malaysia's drinks industry 2017

It has been a colourful year, with some advances in the beverage industry and some pull-backs, but overall we are moving forward. More craft beverages are entering the market, new bars with interesting concepts, events with a bang and awards recognition.

Let’s take a look back.

Initially, with only The Whisky Bar serving all kinds of malts from around the world, single spirit category focused bars were unheard of, simply because there weren’t enough varieties in other spirit categories. Within a short year, rum-centric bars JungleBird and The Rumbar KL, gin-centric parlour Maze and cocktail bar Pahit have gained enormous popularity by providing new experiences to consumers, and showcasing differences in tastes between brands of the same spirit.

For the first time, there is a recognition program for the bar industry. Brought in by Singapore bar veterans, the regional city-based recognition body now covers Singapore, Kuala Lumpur, Hong Kong and Bangkok. On 22nd October 2017, the best of Kuala Lumpur’s 11 categories were announced and set the benchmark for the city’s bar industry. Nominations were elected by a panel and voted partially by the industry and public.

Just as they announced the celebration to mark their 5th year of craft beer revolution, the Better Beer Festival received the most unexpected setback when the city council cancelled their license to hold the event. Once an editor said, if the authority intervenes, you know you’ve made it. The incident caused an uproar from both supporters and opponents, making it the most talked-about commercial event in the newspapers and social media. The same unfortunate fate fell upon Tiffin Food Court, a pop-up that would have taken place in a 30,000 sq. ft. disused warehouse in Sungai Way Free Trade Industrial Zone over 3 weekends. A press release stated that the event was postponed in an effort to comply with newly raised queries by the authorities.

The rise of craft

Craft spirits are making their way to Malaysia via distributors like Wholly Spirits and CDA. The sudden influx of indie brands at only slightly premium prices has driven competitiveness among other distributors to follow suit. With the demand for more alternatives by the growing cocktail scene, consumers are now given more options for the same category of spirits.

Craft beers have gained popularity over the past 5 years with more restaurants and cafés taking on craft beers as alternatives to locally brewed commercial brands. Global commercial breweries have been buying up, partnering, and marketing craft beer brands, a trend which has reached our Malaysian shores when Carlsberg launched Brooklyn Brewery, a craft beer brand from New York through a global partnership between the two breweries.

The first exclusive whisky club was launched by The Glenlivet Malaysia in 2013, called The Guardians Of The Glenlivet. Members of the club are invited to special releases and tasting events. It’s a popular concept all around the world where whisky lovers reside. After The Glenfiddich Valley of the Deer in 2015, a community of whisky lovers came together to form Dram Full. The Scotch Malt Whisky Society (SMWS), an independent bottling society based in Edinburgh, Scotland, and governed by private investors, opened its membership in Malaysia this year with a signup fee. These whisky clubs have provided a space for whisky lovers to talk (and taste) whisky and prove that this category of spirits has matured more than other categories. Perhaps one day we’ll have gin, rum, or tequila clubs.