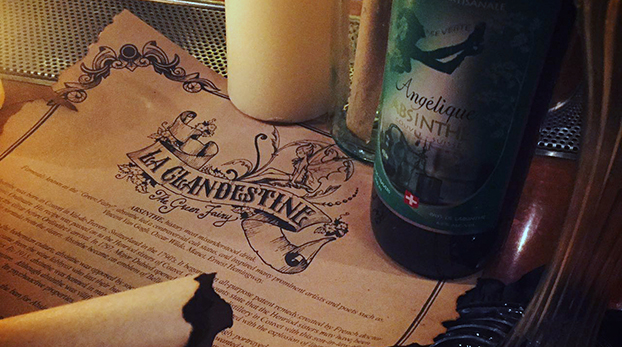 When someone says absinthe, you might immediately think of Kylie Minogue playfully dancing around as the Green Fairy in the hallucination sequence in Moulin Rouge. But is that an accurate representation of the misunderstood liquor? (answer: not at all) Here we’ll break down the history behind the exceptionally unique absinthe.

Master blend
Absinthe is distilled from a blend of herbs, made from a combination of green anise, fennel, grande wormwood, le petit wormwood, liquorice, angelica, hyssop, lemon balm, and melisse. It creates a high-proof spirit (44-75 per cent ABV) with a distinct anise flavour, and can either be clear (Blanche, or La Bleue in Switzerland) or green (Verte). The name absinthe is derived from the Latin name for grande wormwood, Artemisia absinthium. 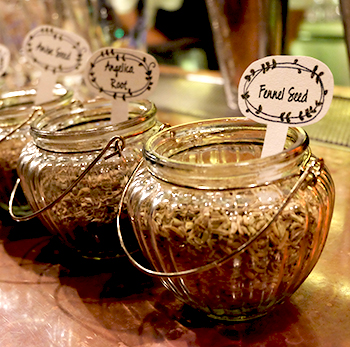 It was first created in the 1790s in Couvet in Val-de-Travers, Switzerland, by Pierre Ordinaire as an all-purpose remedy drink. It then gained popularity as an alcoholic beverage in the late 19th-/early 20th-century France, particularly in the artistic circles in Paris (and among the likes of Van Gogh, Henri de Toulouse-Lautrec, Oscar Wilde, and Ernest Hemmingway), and earned itself the nickname la fée verte (the green fairy).

French vs Swiss
The classic serve involves a charming ritual with an absinthe fountain and a slotted spoon, and is divided in two methods: the French, and the Swiss. 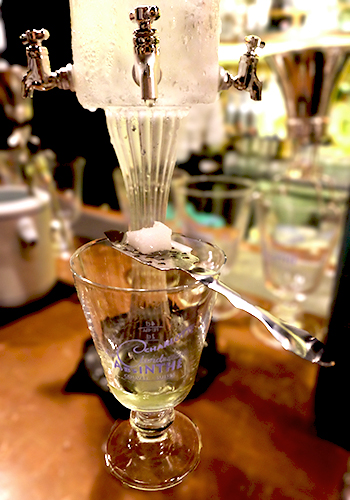 The French method (as pic above) requires a sugar cube to sit on a slotted spoon balanced over the mouth of the glass, pouring iced water through the sugar and into the absinthe serve until the cube is entirely dissolved.

The Swiss method simply involves pouring the iced water into the absinthe. The end result is a cloudy solution called la louche. It can be enjoyed as an aperitif or a digestif.

A hallucinogen?
Because of its association with the bohemian lifestyle, absinthe was highly opposed by the social conservatives and wrongfully gained the reputation of being a hallucinogen – supposedly it caused visions and a dream-like state. The moral panic lead to the liquor being banned in most European countries in 1915, with claims that large doses of the chemical thujone found in wormwood was responsible for hallucinations. In actual fact, researchers found that pre-ban estimates of thujone levels in absinthe were greatly exaggerated, and that it was possibly the additives (oil of wormwood, impure alcohol, and copper salts) in inferior bottlings that were to blame. Any side-effects from drinking absinthe are no different to what you would get from indulging in any other high-proof liquor.

After almost a century the ban was lifted in the EU in 2005, and absinthe is slowly working its way back into the public sphere…despite its former reputation. 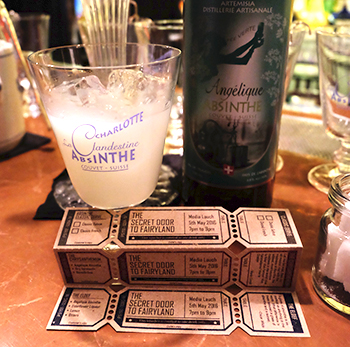 Here in Malaysia, PS150 and Tong Woh Enterprise have partnered together to launch absinthe month from May 5 to 28. Using two of the world’s finest Swiss absinthes, La Clandestine la Bleue and Angelique. PS150 will educate the public in the proper way of enjoying absinthe – from the classic serving, to a classic absinthe cocktail and a special PS150 creation.