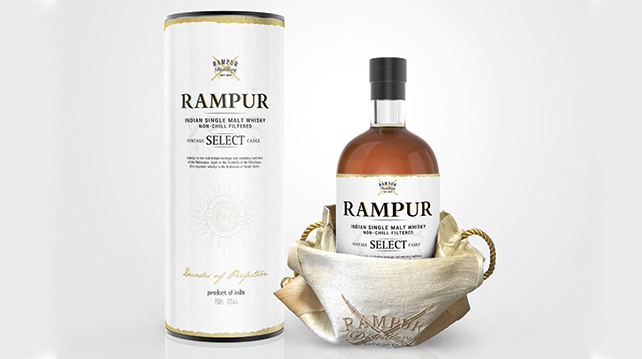 It’s not often we hear about spirits from India. As far as whisky goes, India is the highest consumers of whisky in the world, while Scotland holds the honour of being the biggest producers. So it’s always nice to see something new on the market.

Enter Rampur Indian Single Malt. Made by Radico Khaitan (formerly Rampur Distillery, founded in 1943), one of the largest alcoholic beverage companies in the country and also one of the largest exporters of alcoholic beverages from the country, with products in more than 66 countries. Rampur has a unique Indian character, a new world whisky addition to what is already quite a robust market.

Known as the ‘Kohinoor of Single Malts’ (Kohinoor: something that is the best of its kind, like the Koh-i-noor diamond), Rampur is named after the town where it’s made – the 15 Gun Salute princely state of British India – with Indian-grown barley distilled in the foothills of the Himalayas (Uttar Pradesh) and aged in first fill bourbon casks. It joins the current trend of Non-Age Statement whiskies as the harsh climate in the foothills means that aging is four times faster than it is in Scotland, so it’s difficult to match the aging statements of conventional Scotch whiskies – they say that 10 years of aging in Rampur is equal to 40 in Scotland! There’s a greater angel’s share as it matures, which means the whisky mellows much faster.

It’s an easy whisky to drink – described as a ‘breakfast whisky’ – with a rich, fruity top note, giving way to honey and spices. On the palate it’s well-rounded with malty and creamy vanilla, hints of apricot and apple, and a rich and long finish. This single malt won the double gold medal at the San Francisco World Spirits Competition 2017, and ranked in the top five whiskies of 2017.