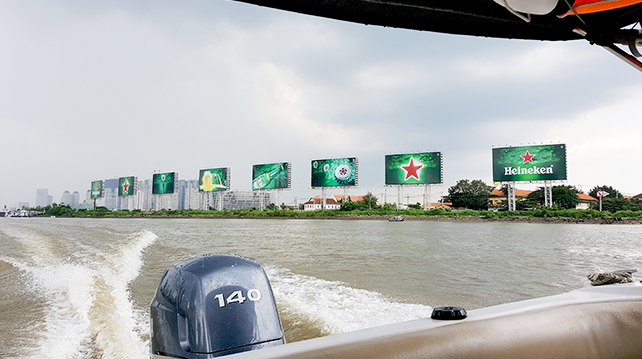 A glance at the beer industry in South East Asia

South East Asia was a treasure trove of resources for several European countries in the 18th and 19th centuries. Shipped along on the sea voyages to the colonies was beer.

Naturally, breweries popped up for faster supply than shipping them from the motherlands. These commercial breweries were either opened by rich businessmen or as joint ventures with the local governments.

Asia Pacific Brewery (APB) formed a joint venture with the country’s Progress Import-Export to establish Cambodia Brewery in 1994. It rolled out its first batch of Heineken beer in 2016 after the acquisition of APB by Heineken Global. Khmer Brewery produces Cambodia Beer.

The first craft beer brewery in Cambodia is Kingdom Breweries founded in 2009. It has become a popular site for overseas contract brewers. Since then, several breweries and brewpubs have opened up, including Cerevisia Craft Brewery, Riel Brewing, Stone Head, Indochine Breweries Ltd. and Bay Brewing Sihanoukville. The first and only microbrewery in a 5-star hotel is Himawari Microbrewery setup by a Singaporean.

With 90% Muslim population, Indonesia is surprisingly not short of microbreweries. Lovina Beach Brewery set up by 2 locals in Bali has been producing Stark beers since 2011. In 2012, microbrewery Coffeebeerian popped up in the capital Jakarta, brewing their own beers as well as carrying imported craft beers. Paulaner Bräuhaus opened its doors in a mall in 2015 to serve German Weißbier brewed on site.

PT Multi Bintang Indonesia Tbk, now part of Heineken, was first established in 1929 in Medan. The current site in Jakarta since 1981 brews Bintang and Heineken.

Laos is a republic governed by one party with mostly military figures. Its national beer Lao is produced by Lao Brewery Company set up in 1971. The brewery was nationalised in 1975. Today, the Lao government shares control of the company with Carlsberg at 71% ownership to the foreign investor. Heineken set up a joint-venture with the Laos government and SBK Consultant Ltd in 2008 to establish Heineken Lao Brewery Co. Ltd.

Craft beers appeared in Vientiane as brewpubs first, like Corebeer Brewhouse and La Patitoh. Rock Brew is one of the first commercial craft breweries that was launched in November 2016.

Beer brewing in Myanmar is a state business where foreign brewing licences are provided as a joint venture.

Mandalay Brewery began as The Dyer Meakin Brewery in 1886, changed names and ownership several times before it was forced shut down in 1998 by the military. It was a joint venture with a Singaporean based company. The force nationalisation of the brewery is under a lawsuit at the International Court of Justice that is still pending today.

The second brewery, Myanmar Brewery Ltd was established in 1995 through a partnership between the army and APB (Tiger Beer). F&N bought over the shares from APB and later sold to Kirin in 2017, Myanmar Brewery ceased production of Tiger and started brewing Kirin beers instead.

Burbit Brewery is the first microbrewery in Myanmar, operating out of an industrial zone in North Dagon since January 2017. It took the founders 3 years to get the license to brew. Prior to this, York Street Brewing Co. started selling their homebrew in the Yaw Min Gyi neighbourhood since 2013.

The Philippines has the biggest number of breweries and brewpubs in the region.

San Miguel, the first and largest commercial brewery, has been brewing in Manila since 1890. Incorporated in 1913, it started exporting within Asia during WW1. In 1982, Asia Brewery Inc. was established, becoming the second commercial brewery, and the biggest competitor that San Miguel never had for almost 100 years. 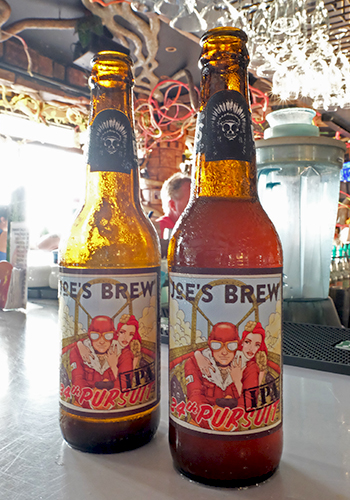 Joe's Brew - one of the craft beer brands in The Philippines

Currently, there are around 50 breweries in the country - mainly micro, nano and brewpubs producing craft beers - and the number is still growing. The biggest challenge in sending beer across the Philippines is logistics. With over 7,000 islands, some small and remote, different transport methods and connections are required for one journey, with the added consideration that beer is a product that is sensitive to heat and light. On the bright side, the country consumes up to 20 litres of beer per person per year on average.

The first commercial brewery was founded in 1931 when Singapore was still part of Malaya. Malayan Breweries (MBL), a partnership between F&N and Heineken, produced Tiger Beer, later becoming Asia Pacific Breweries (APB) in 1989 and Heineken Asia Pacific in 2013 when it fully merged into Heineken. MBL purchased Archipelago Brewery Company Limited in 1941, which was brewing Anchor Beer. In 2006, Archipelago was rebranded as the craft beer brewing arm of APB, reflecting growing consumer demand and awareness for craft in Singapore. 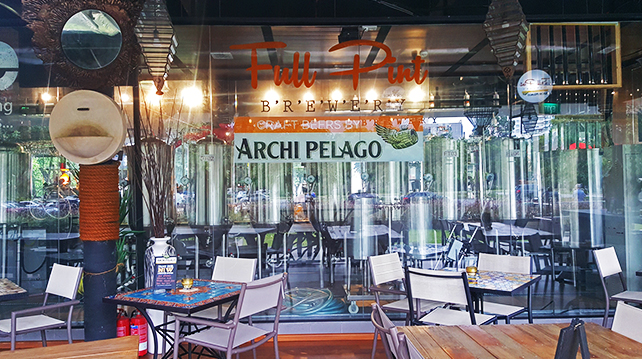 The first microbrewery Brewerkz opened in 1997, with several more sprouting on the little red dot in the mid-2000s, leading to the first beer festival in 2008 on the island. Beerfest Asia is now an annual event featuring beers and ciders from around the world. The Asia Beer Awards is run in conjunction with the festival.

Currently, there are around 20 microbreweries and brewpubs in the country, including The 1925 Brewing Co., Red Dot Brew House, Rye & Pint, Little Island Brewing Co., and LeVel33. Less than 2% of sales in the beer industry comes from craft beers, says a report in 2016. This does not include the sales from imported craft beers.

Craft beer drinking in Singapore has grown tremendously in the past few years. The issue faced by breweries is the cost for rental and labour. Brewlander & Co. brew their beers in Kingdom Brewery Cambodia to reduce such cost whilst brewpubs generate income from selling food and their own beers. Little Island Brewing also rent out their attached restaurant as a wedding venue.

Vietnam’s craft beer scene has started to boom in the past few years.

The first brewery in Vietnam, Hommel Brewery was opened by the French in 1893, eventually becoming part of state-owned SABECO (Saigon Beer Alcohol Beverage Corporation) since 2003.

Right after the country opened its gates in 1991, Heineken Vietnam Brewery Limited Company became the first international brewery to set foot in the country. Carlsberg followed suit in 1993. Currently the country has 24 commercial breweries including SABMiller Vietnam (2007), San Miguel (2009), and Sapporo (2011).

There are over 40 Czech and German style microbreweries across Vietnam. Many are opened by returning Vietnamese who brought back the knowledge of brewing and recipes since Comecom dissolved in the 90s. 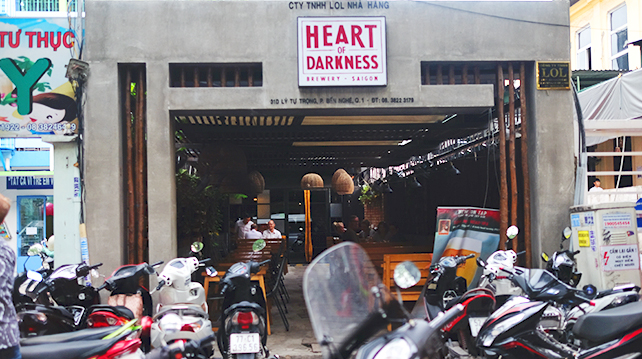 The first commercial brewery in Thailand is Boon Rawd Brewery which opened in 1933 producing Singha. Thai Asia Pacific Brewery (Heineken) came along in 1995. Thai Beverage PLC with Chang Beer established since 2003 has become the largest beverage company in the country. Carlsberg entered the market through a partnership in 2012, whilst other commercial breweries are San Miguel and Phuket Beer. 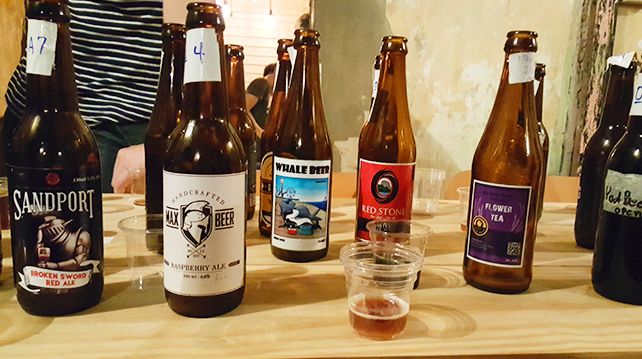 Thailand is one of the two countries in SEA that faces restrictions with brewing licenses. To obtain a license to brew, the law requires a production volume of more than 1,000,000 litres per year if in a factory plus at least 10 million baht in paid up capital. For brewpubs, the same paid up capital amount and 100,000 litres per year, and only on-site sales is allowed with no bottling permitted. 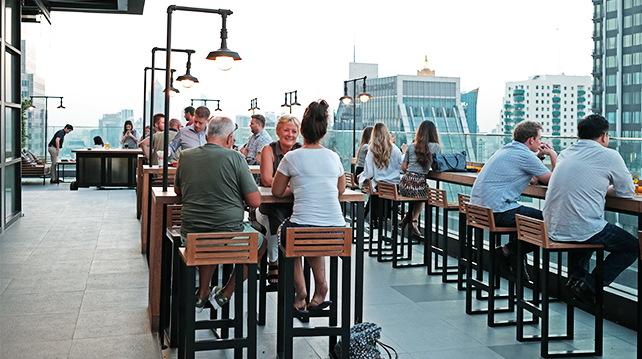 Craft beer entered the Thai market in 2012 through imports by companies like Beervana, gaining exponential growth as seen by the number of outlets serving craft beers from Bangkok to Phuket and Chiang Mai. Due to the existing laws, microbreweries and home brewing is illegal in Thailand, although this has been going on for over a decade. Home brewers who have persisted now brew their beers overseas and import back into Thailand to sell legally. With the import tax imposed at 60%, the “Thai beers” face price challenges in their own market. Here is the list of beer brands available in Thailand.

From the list above, Malaysia is the only country that does not have a representative beer that can be called a “home” brew.

In multi-cultural Malaysia, alcohol is not banned to respect the rights of the non-Muslims. West Malaysia is Muslim majority where selling and promoting alcohol is less open and accessible. Supermarkets have a separate area for alcohol and, more often than not, put together with the non-halal section.

The situation is different in East Malaysia (Sabah and Sarawak) where homemade rice wine such as tuak and langkau are part of their culture and are consumed during gatherings and harvest festivals.

However, the production of alcohol has its limitation. There is no commercial distilling license in Malaysia and getting a license to brew beer is almost impossible. There are currently only two breweries in Malaysia - Heineken Malaysia Berhad [previously Guinness Anchor Berhad (GAB)] incorporated in 1964 and Carlsberg Malaysia Berhad in 1969.

A third brewery, Napex Corporation, started operations in 2007, producing Starker and Jaz, despite the government at that time banning any issuance of brewing licenses 2 years earlier. Napex subsequently ‘disappeared’ circa 2012.

Malaysia has the second highest alcohol tax in the world after Norway at RM7.50 per litre (approx USD1.85 per litre), plus 15% ad valorem tax and Sales & Service tax implemented from 1 September 2018 onwards at 10%. Perhaps with the new government, a less racially divided country will have a more open-minded approach towards alcohol, one that sees the production of alcohol bringing in tourism and revenue to help the nation’s economic growth.