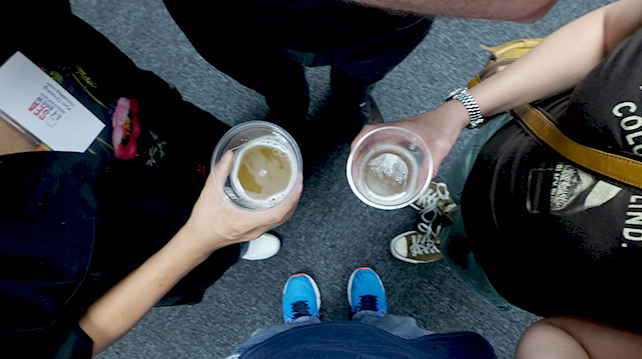 Creating networking and business opportunities for the craft brewing community in the region, SEA Brew is now in its third year. The conference has seen the sharing of latest trends, knowledge, processes and best practices by industry experts.

This year’s SEA Brew 2017 conference takes place at the Saigon Prince Hotel in Ho Chi Minh City, the booming capital of craft beer in Vietnam. There will be workshops, round tables and panel discussions, and a trade fair over the 2 days conference, with side events throughout and wrapping up with a beer festival on the weekend.

For anyone who is in the craft beer industry or intending to get into it, this is the most professionally done industry event.

The curtain raiser for this year’s SEA Brew conference will be at Ho Chi Minh’s famous ‘Bacontainer’ – everyone’s invited to join for a free flow of craft beer and a succulent BBQ Buffet straight out of Vietnam’s biggest smoker.

Ho Chi Minh’s new kid on the block hosts the Asia-wide launch celebrations for Fermentis’ new SafAle BE-134 yeast. East West Brewing will also be hosting brewery tours on the afternoon of Wednesday 16th for those who are in town early (ask for Sean on arrival.)

In line with SEA Brew, Ho Chi Minh’s notorious event venue ‘Saigon Outcast’ will be hosting one of their famous Craft Beer Festivals. Kick back by the river and relax after a great 2 days conferencing and savour Ho Chi Minh’s fantastic craft beers & ciders one more time.

There will be a smorgasboard of evening networking (and drinking!) events happening during SEA Brew 2017, including Sundowners at Rogue Saigon, Pasteur Street Brewing Co., Late Nights with Platinum, Heart of Darkness & Phat Rooster and a chance to attack Asia’s largest wall of taps at Bia Craft! Check back on https://www.facebook.com/seabrew/ or http://sea-brew.com for latest updates.

SEA Brew is founded by Charles Guerrier and can be reached at charles@sea-brew.com.