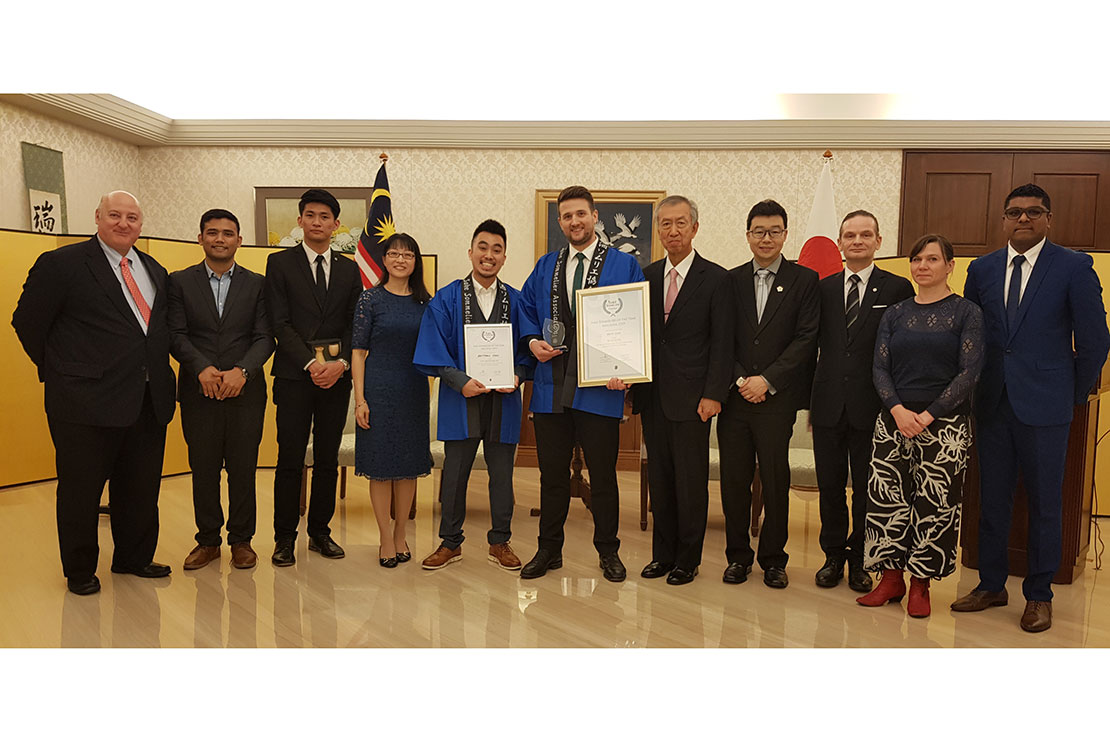 Winners of Sake Sommelier of the Year 2019 announced

The annual professional competition, which was held outside of London for the first time since 2013, announced its winners on 25th October 2019. The competition was organised by Master Sake Sommelier Danny Leong of The Sake Place. The award ceremony took place at the Japanese ambassador’s residence in Kuala Lumpur, with the ambassador presenting two awards.

To enter the competition, any professional involved in the service of sake would have to submit a written application to the Sake Sommelier Association explaining why they qualify to participate. Once their applications were approved, they had to go through blind tastings and practical skills assessments in the semi-finals.

In the finals on 25th October held at The Sake Place, seven candidates arrived at the venue and started the competition at 7.30am. These top candidates from around the world were tested in a written exam, presented their skills and knowledge through a blind tasting, sake and food matching and servicing of the panel of five judges in front of a live audience.

A cocktail reception was organised in the evening with a swift award presentation ceremony. Guests were invited to taste over 20 sakes and bites were served over a networking session.

Watch video clips of the day.