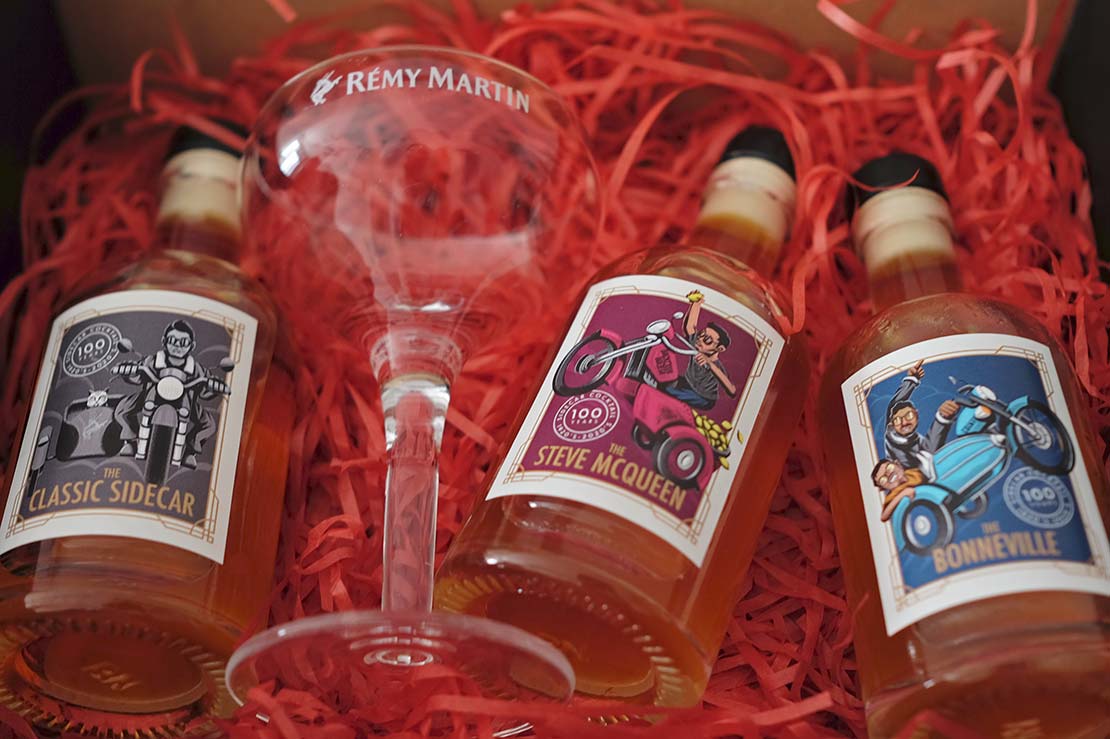 Cognac, orange liqueur and lemon juice, only three ingredients in a Sidecar but it’s described by bartenders to be a tricky drink to get right. The ratio of each ingredient could affect the outcome and every drinker’s preference for the sweetness, dryness and level of acidity can be very subjective.

That makes the cocktail so versatile.

The origin of the Sidecar cocktail is much debated but generally, it’s a battle between the French, English and Americans as to who actually created the recipe. The undebated facts are the name which refers to the motorcycle attachment and that the drink was created around the time of World War I; whose vehicle though, remains a question.

Ritz Hotel in Paris, which didn’t have a bar before 1921, claims the origin of the drink. The story goes that some time after the end of WWI, a bartender at the Ritz made a cognac based cocktail with orange liqueur and some lemon juice for an American captain who rode a motorbike with a sidecar. He loved it so much that he kept coming back for the drink. Perhaps that’s why 1921 is marked as the year the Sidecar was created, although there is no record of who the bartender nor the captain were. A variation of this story was that it was the American captain who invented the drink and named it after his vehicle.

The cocktail was only first recorded in 1922 in Harry MacElhone's Harry's ABC of Mixing Cocktails that cited Pat MacGarry, a celebrated bartender at Buck’s Club London, as the inventor of the recipe. Then in Robert Vermeire's Cocktails and How to Mix Them, the writer stated that the drink was introduced to Pat MacGarry as it was then very popular in Paris. It is more plausible that the recipe was made popular when it reached London rather than actually being invented there.

Another two Americans attributed to the creation of the cocktail were Erskine Gywnne and Basil Woon in O.O. McIntyre’s reports in 1937.

Throughout the years, so many bartenders and drinkers claimed to have invented some delicious tipples. One bluff can turn classic after a few drinks if picked up by those who were equally tipsy and took them seriously.

Imagine if there was social media then, there would have been lively debates among these people online to determine the very origin. It would have saved us the trouble of re-telling so many versions and still not finding a conclusion.

It is said that there are the “French school” and the “English school” versions where the former consists of equal parts (1:1:1) of all the ingredients; whereas the latter with two parts of cognac and one part each for orange liqueur and lemon juice (2:1:1).

Remy Martin is partnering with Backdoor Bodega this year to celebrate the 100th anniversary since the creation of the cocktail (and you can tell that they have adopted the Ritz Hotel’s claim). The Penang speakeasy bar have also added two of their own interpretations of the Sidecar cocktail to the original recipe.

The Classic Sidecar by Shen

A twist of the original recipe first made at the Ritz Hotel in Paris, the lemon juice in this classic has been clarified and “citric-adjusted” to withstand long distance deliveries and a longer shelf-life.

The Steve McQueen by Giap

Named after the actor dubbed “King of Cool” who was known for his role in the film The Great Escape, and which made the name Steve McQueen almost synonymous with the motorcycle, this cocktail features an outback-barbeque inspired concoction of dried tomato infusion and liquid smoke.

The set of three in 90ml bottles each comes with a pretty Remy Martin coupe glass and is available to order from 22 October to 22 November 2021 from Backdoor Bodega’s website.