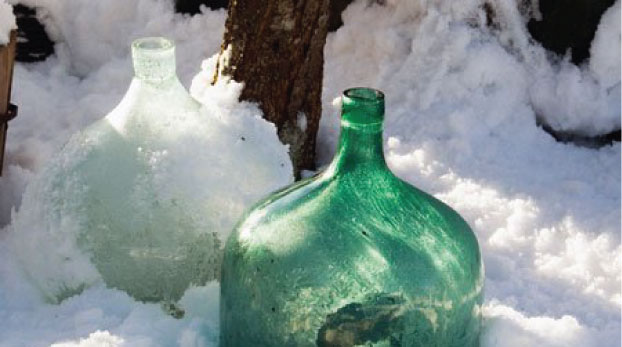 Spirits In The Snow

It’s mid October, Moscow seems edgy, dubious police officers are hanging around on every corner, chain smoking cigarettes and swigging something from their flasks. The temperature has easily dropped below -15, and with the last remaining sunlight tumbling beneath the industrial skyline it’s sure to get colder. Why are all the people so apathetic; like me, are they not terror-struck by the idea of hypothermia? I have about an hour to kill before my train departs east across Siberia. I have one product in mind, one necessity for an authentic Russian experience, Vodka. I’m not interested in Smirnoff or Stolichnaya in retrospect to there reputation but I want pure 60%+ liquor, coated with non-translatable Cyrillic script labeling. I want what’s inside the flask that everyone is holding so close. With little hope of something special I opt out and purchase the cheapest spirit on the shelf called ‘чистое озеро’ meaning ‘Clean Lake’.

I was chasing the sun as we powered across the horizon, never quite giving it a chance to set. I sat in my compartment companionless, shivering. Still the locals sat around bantering, sipping from their flasks.

Fed up and cold, I retrieved a frosty bottle of Clean Lake, cracked it open and took a stupendous gulp. Hesitant to swallow at first I swirled the liquid around in my mouth, it was unpredictably thick, and began fostering a soft tingle on my tongue, never before had Vodka produced such effect in my mouth, then bravely down it went. Instantaneously my frustration was gone, my shivering body was transfixed to the bed and a warm sensation flowed through my veins.

I later discovered that the lower class Russians drink Vodka not to become pickled, but to retain little sparkles of heat easily lost in the harsh Siberian terrain. However plausible this may be, there’s a clear placebo connected to a strange truth. What’s inside these glorious Vodkas that makes them so unique? Is it in the pure water that flows towards the Artic Ocean? Is it in the soil that gives birth to the grains? Or is it the romantic idea of drinking this ancient medicine where it was born?

The next time you feel like vodka, ignore the encouragement of mixing this historic drink with Cranberry, Coco Cola or Soda water, sit back and enjoy the burn.