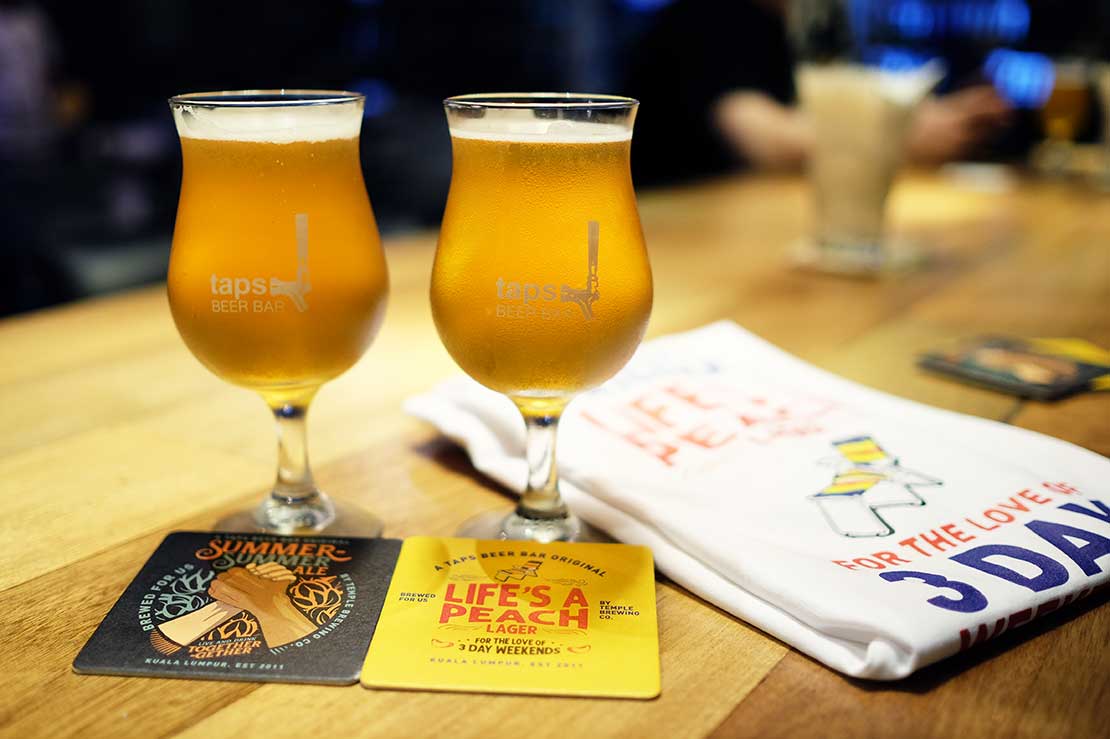 For the first time in Malaysia, we are tasting craft beers brewed specifically for the Malaysian palate.

To curb the high prices of imported beer, Taps Beer Bar has contracted Australian brewery, Temple Brewing Co., to brew tasty craft beers at a competitive price for the Malaysian market. The results are smooth easy-to-drink draught beers that are sessionable all night (or day) long.

“Our aim is to make craft beers that taste better and as affordable as locally brewed commercial beer,” say Alvin Lim, partner of Taps Beer Bar.

Summer Summer Ale has a light, almost biscuit-like malt aroma, is crisp and refreshing with no bitter after-taste and a short finish, making it immensely quaffable in our climate. At 4.7% ABV, it is easy on the palate, and doesn’t lose its original character even when it warms up a little.

Life’s A Peach Lager, also at 4.7% ABV, is not your typical lager. Brewed with pilsner malt and a touch of pale malt, this has the texture of an ale which helps carry the delicate peach flavour gently on the finish. It’s not as carbonated as the usual commercial lagers, which means you can down a few without feeling bloated.

Summer Ale and Peach Lager are available by delivery and on draught at Taps Beer Bar in Changkat Bukit Bintang when it resumes operation after CMCO.