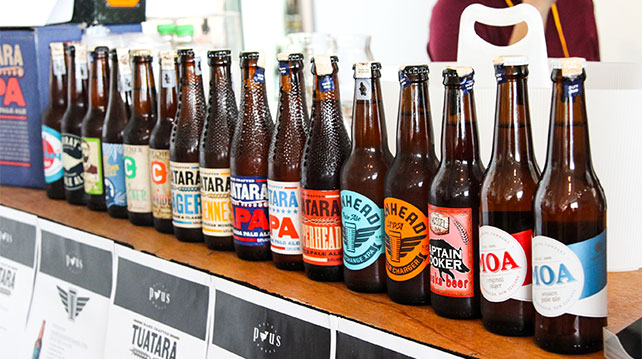 Returning to Publika this year is the bigger Better Beer Festival 2017, featuring over 250 small-batch beers by 43 independent brewers from 12 countries.

Over 6 and 7 October the Square at Publika will feature kicking live music, awesome food vendors (pizzas, burgers, hotdogs, oysters…perfect companions for a beer), and tables and chairs for drinkers to get comfortable and enjoy their chosen brew; and in White Box the highlighted craft beers from countries like the US, UK, Japan, Australia, Denmark, Belgium, Germany, New Zealand, Thailand, and Vietnam will be set up and ready to serve you. Note that only those 18 and above are allowed to enter into White Box.

In addition to that there will be other activities like a Beer Appreciation Session, a Meet-The-Brewers talk with regional brewers, as well as a Craft Beer Cocktail Class by renowned KL gin bar Pahit (featuring a specially made Rum Bubble Milk Tea).
RM25 will get you a voucher for one 300ml beer. Alternatively, a three taster voucher will cost you RM25 for three 100ml samples.

Thirst Club members can use the special code on the Eventbrite ticket page, and only people with this code can access the early bird promo for RM200 vouchers and two complimentary festival glasses.

This code is valid from 20 August to 30 September. Tickets bought through here will receive a QR code and can be collected at the Vouchers and Merchandise booth on the day.

The Better Beer Festival was founded in 2011 by MyBeer as a way to celebrate craft beer in Malaysia, without gimmicks or slogans. Use the official hashtag #thebetterbeerfestival2017 on the day to share your experiences on social media!