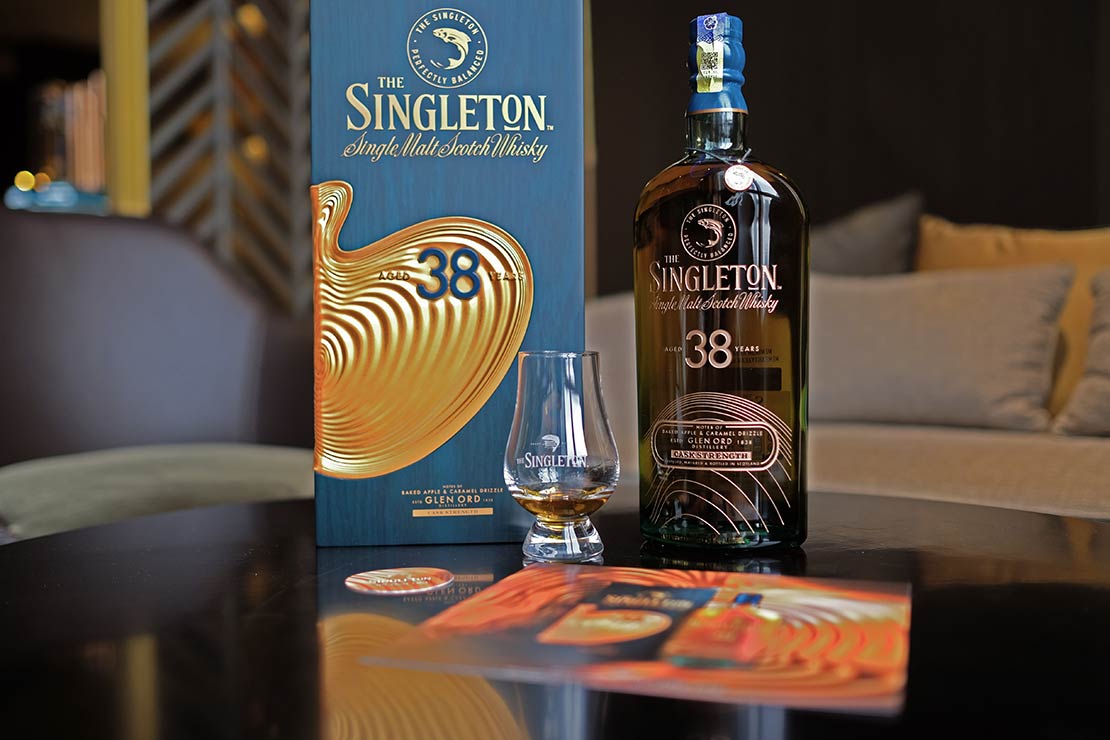 It may not be the oldest whisky for The Singleton, but it sure has the longest secondary maturation.

26 years ago, Master of Malt Maureen Robinson discovered a batch of spirit distilled in 1981 maturing in some American and European refill oak casks. That was the time of great exploration at The Singleton. She and the team decided to blend the liquid and put it through another stage of ageing.

In May 2020, Robinson deemed the liquid ready for bottling. The bottles were rested until the end of last year when 1,689 were released to the world, out of which 108 bottles were allocated to Malaysia.

From the Press Release:

“The Singleton 38 Year Old was crafted during an era that was very exciting at The Singleton — a time of flavour experimentation and innovation across our whisky-making. Selecting new American oak casks was very new for us at that time at the distillery, and we decided on a lengthy secondary maturation to continue to unlock the decadent layers of flavour in this single malt,” said Robinson. “I remember tasting cask samples just three years into the secondary maturation and I was struck how even at such an early stage, we could identify the richness of flavour the new casks had presented. To mature those casks for more than two decades further was an exploration of how it is possible to unearth exceptional flavour within whisky, and it feels a real privilege to now share this truly delicious single malt with the world.”

The Singleton 38 Year Old is chill-filtered but bottled at 49.6%ABV. On the nose, it carries the scent of tropical fruits like pineapple, mango, melon and flowers like jasmine. Tasting it neat, it is spicy on the palate with the first sip, progressing into oily nuttiness from the second sip onwards with some vanilla and butterscotch notes. It gets more complex with a long lingering sensation on the palate. Adding water enhances the vanilla, toffee, cinnamon, butter and peppery spiciness on the finish.

The whisky is available for purchase directly from Moet Hennessy Diageo Malaysia through email diageoinfo@mhdm.com.my.