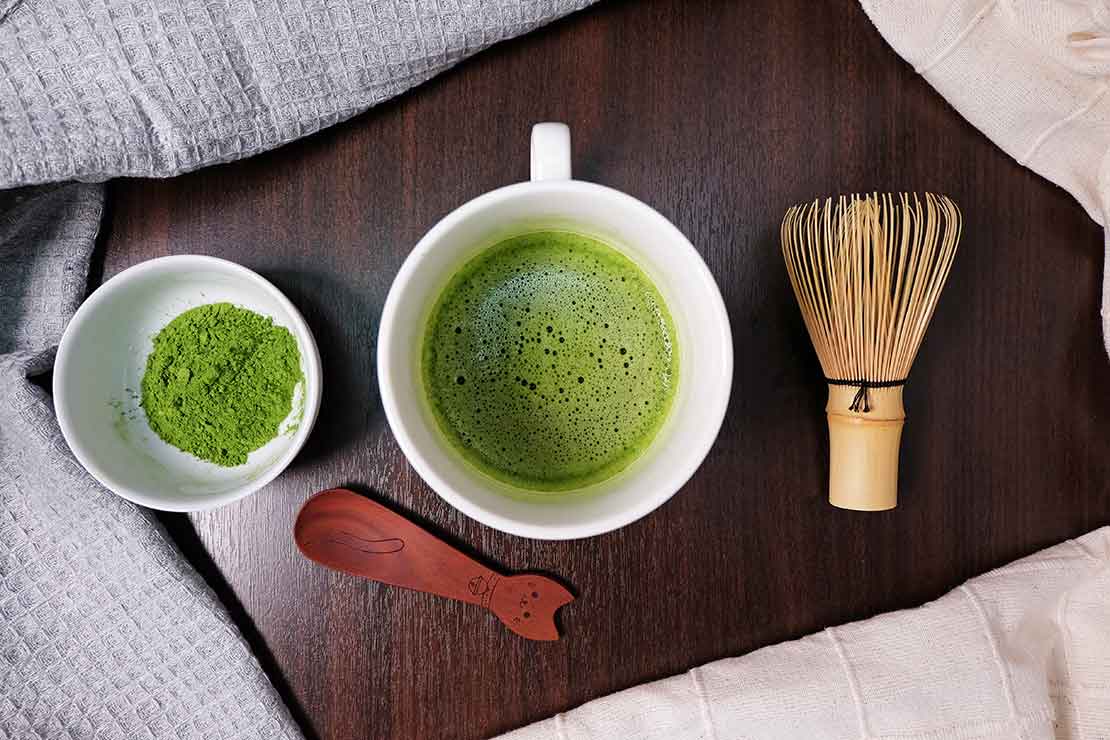 When it comes to tea, Japan is known for their high quality green tea and tea ceremonies (茶道, sadō or chadō). In recent years, the trend of using matcha, or green tea in powder form, in food and drinks has further popularised Japanese green tea globally.

History of tea in Japan 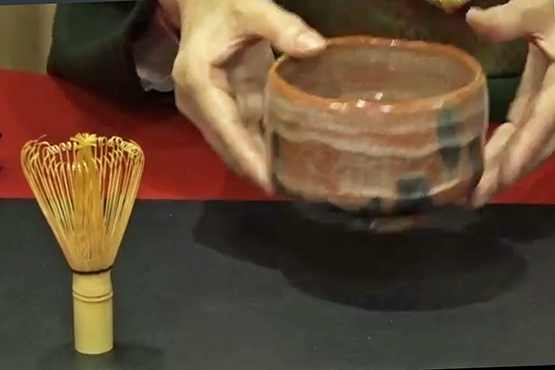 Uji, an area just outside of Kyoto is said to produce the highest quality of tea leaves in Japan. Ujicha (Uji Tea 宇治茶) is the general term referring to Japanese premium green tea and the 3 main types are Matcha, Sencha and Gyokuro.

Ujicha was cultivated from seeds brought back from China by Zen priest Eisai (栄西) in 1191. He passed some to High Priest Myoe of Kozanji Temple at Toganoo where they were planted before being transported for propagation on a larger scale by the Uji River, south of Kyoto. Honcha (real tea) was born.

However, Kyoto was not the first place where tea was planted in Japan. Buddhist monks Kūkai and Saichō first brought back tea seeds from China’s Tang-dynasty during the Heian period in 806 when Chinese influence was at its peak. The seeds were said to have been first planted in Seburisan, Saga Prefecture.

The first recorded reference of tea drinking in Japan was 815, when the monks invited Emperor Saga, who was a Sinophile, for tea in the temple. The emperor was served chanoyu (茶の湯, as in “hot tea”) and thereafter, tea plants were cultivated in Japan and tea drinking became an enjoyment exclusive to monks and nobility.

How is Japanese tea different from other teas?

All teas originated from the tea plant, Camellia Sinensis. The difference is in their production process. Black tea goes through rolling and fermentation (oxidation) whereas green tea is steamed and dried without going through the oxidation process. In Japan, only green tea is produced.

In China, there are six main varieties of teas from tea leaves: white, green, yellow, oolong, black and post-fermented, with green tea being the most exported. Chinese teas emphasise terroir, unlike Japanese tea which are mostly blended from leaves grown in different regions.

Tea plants require a certain climate for cultivation, and Britain’s cold and wet weather disallows the growing of tea. Tea was an important source of tax revenue for the empire and when China closed trade with Britain due to the First Opium War, the British smuggled tea plants out from China and planted them in India, where a suitable climate permitted the cultivation of tea.

Black tea’s popularity exceeded green tea in England when the price dropped in 1720s, sugar and milk were added, changing the way tea was drank. In less than 30 years, tea had become the British national drink. 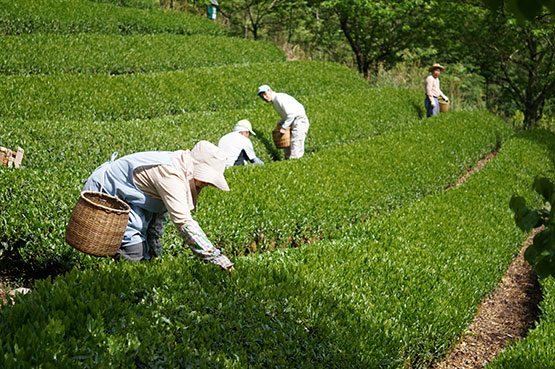 The biggest tea production region in Japan is Shizuoka, followed by Kagoshima in the southern island of Kyushu, Mie, and Kyoto and its nearby region.

All commercial tea produced in Japan today is green tea, mainly using the Yabukita cultivar developed in the 1950s. Modern technology is applied to reduce the high cost of labour in Japan and only high quality tea is hand plucked. Due to the limited space to grow tea, Japanese tea production is dedicated to the premium market. Japanese-style green tea for bottled drinks and food are mainly from China.

Japanese green tea is thin and dark green in colour. They go through a non-fermention process and are produced by steaming rather than pan frying to preserve the colour, aroma, sweetness, grassy and umami notes unique to Japanese tea.

The Japanese have been promoting tea drinking for staying healthy from the very beginning. Zen priest Eisai who brought back tea seeds from China wrote “How to Stay Healthy by Drinking Tea” Kissa Yojoki (喫茶養生記 Book of Tea) in 1211, and described how drinking green tea may affect five vital organs.

As green tea is produced without going through oxidation, certain antioxidant compounds are preserved within the tea which are beneficial to our health, such as catechins and caffeine.

Catechins are part of polyphenols, a category of plant compound that when consumed regularly, is said to boost brain health and protect against heart diseases, type 2 diabetes and certain cancers. According to Japan Tea Export Council (JTEC), there is 70g to 120g of catechin in one cup of 120ml green tea, which is beneficial for the following: 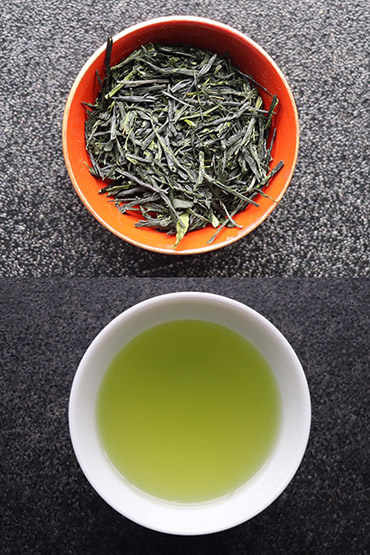 Every cup of 120ml tea also contains 30mg to 50mg of caffeine, which can help relieve fatigue, burn fat and even reduces the intoxication effect from over consumption of alcohol. At the same time, theanine, a substance found in high quality tea such as Sencha, Gyokuro and Kabusecha counters the effect of caffeine and gives relaxing and healing effect.

Vitamin C in green tea improves immunity, prevents colds and makes skin beautiful. It is said that 5 cups of green tea contain as much as 50g Vitamin C. Green tea is also good for teeth and bones as the fluoride strengthens tooth enamel and prevents cavities. Minerals such as potassium, calcium, magnesium and iron important to metabolic efficiency are also found in green tea.

Water insoluble components in green tea though can’t be released into the liquid. Eating the leaves or grinding it into powder like Matcha helps to completely absorb all these components in tea such as beta carotene, Vitamin E, Chlorophyl, protein and dietary fibre.

Japanese premium green tea can be purchased on Secai Marche, importer of Japanese products for passionate chefs in Asia. All their teas are of premium grade, single origin from Japan.