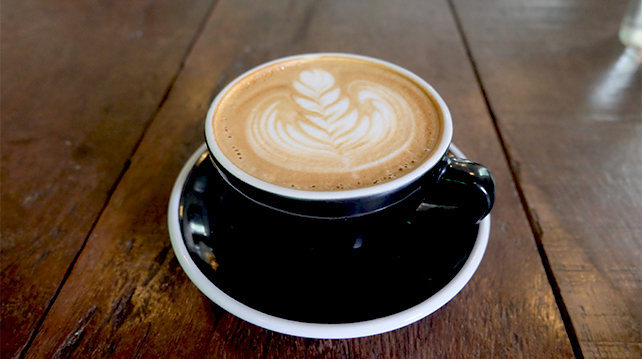 The history of milk coffee and how it helps your diet

Coffee was not always served with milk. Cappuccino is a name created by the Italians, referring to the colour of the hooded robes worn by the monks and nuns of the capuchin order. It is said to have originated in the 1600s and with stories coming from two sides of the world.

Asia
The Dutch were the first European country to obtain live coffee trees in the 1616. Merchant Pieter van den Broecke got some beans from Mocha, Yemen and started growing them in the greenhouse in the Amsterdam Botanical Garden. It grew so well there that in 1658, the Dutch East India Company brought the species to Ceylon (now Sri Lanka) and cultivated there for the first time, but that didn’t succeed. They found out that the beans grew better in Java, which eventually became the main supplier of coffee beans to Europe. At that time the Dutch had their trade with China and coffee was also made available there. The first time whole milk was added into coffee was by Nieuhoff, a Dutch ambassador in China in 1660. He tried it just like how the Chinese elite in Qing Dynasty who had continued the tradition from the Manchu’s time in adding milk to their tea . The trend just carried on from there.

Europe
Back in Europe, the use of milk in coffee became widely accepted since the introduction of the method by Polish Jerzy Franciszek Kulczycki (German: Franz George Kolschitzky) in his café in Vienna since 1684. He was a hero during the Siege of Vienna (11 September 1683) as he saved the city using his multi-lingual skill. After the Siege, he was rewarded with bags of coffee beans left by the Turkish and a large sum of money, which he used to open his café in Vienna.
Kulczycki started by serving the coffee like he understood from the Turkish, boiling the coffee grounds in a pot and waiting for the grounds to settle before serving. But that was horrible to the Europeans. So he did 2 things: filter the coffee to separate the grounds from the water, which became the first approach to filtered coffee; and add sweetener. In 17th century, there were only 2 types of sweetener, honey and milk. So he added honey and milk to make the coffee taste sweet and pleasant.

Honey was later replaced by sugar and that’s how Europeans started using milk and sugar in their coffee.

Sugar was eventually not used at all in some coffee drinks when it was discovered that if milk is heated properly, it makes the coffee more palatable.

“It’s about the amount of air put into the milk and temperature,” said Eddy Righi, International Coffee Barista from Caffe Pascucci Italy and Champion of the Italian Brewers Cup Championship 2016. “If a cappuccino is served at 85˚C, the milk is burnt and also it’s too hot to drink. The optimum temperature to serve a good cappuccino is at 65˚C with 125ml of milk and 30ml of espresso.”

Eddy Righi the barista trainer for Cafe Pascucci shared his knowledge on coffee during the launch of the outlet in Menara Hap Seng 2, 9 November 2016.

The barista trainer further explained that burnt froth and fat are bad for your stomach. Milk is food and if it is not properly cooked, the stomach will have problem digesting it.

How cappuccino can help your diet

A correctly prepared cappuccino not only brings out the good taste of coffee, it can also be a meal on its own. The best time to drink a cappuccino is in the middle of the morning at around 11am or middle of the afternoon at 4pm. It pushes you without feeling hungry till lunch and dinner, which is very important because heating up coffee and milk binds the molecular and takes a longer time to digest . Furthermore, it has only 130 calories and it stops your hunger pang. Win!