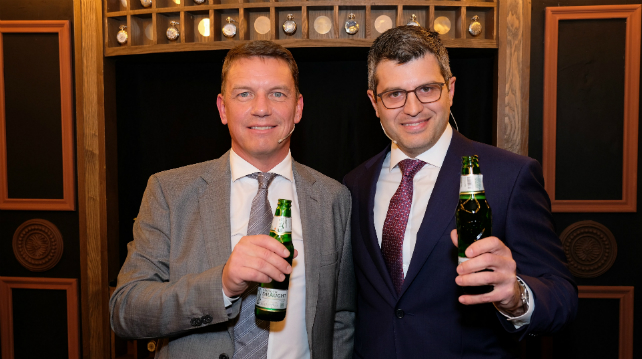 The new face at Carlsberg Malaysia

Things are changing at Carlsberg Malaysia. With a grand party held at BRIXTON 23 at the end of April the company formally introduced their new Managing Director, Ted Akiskalos (pictured above, right), to the Malaysian market.

As of 1st May, former Managing Director Lars Lehmann is stepping down from his role after three years in Malaysia, and is promoted to Executive Committee of Carlsberg A/S (Carlsberg Group) as Executive Vice President of Eastern Europe, and also CEO of Baltika, Carlsberg’s company in Russia.

Akiskalos has some big shoes to fill as he comes in after an unprecedented year of growth in 2018, with the highest dividends in the history of Carlsberg Malaysia.

Here’s a quick fact sheet about the two MDs: