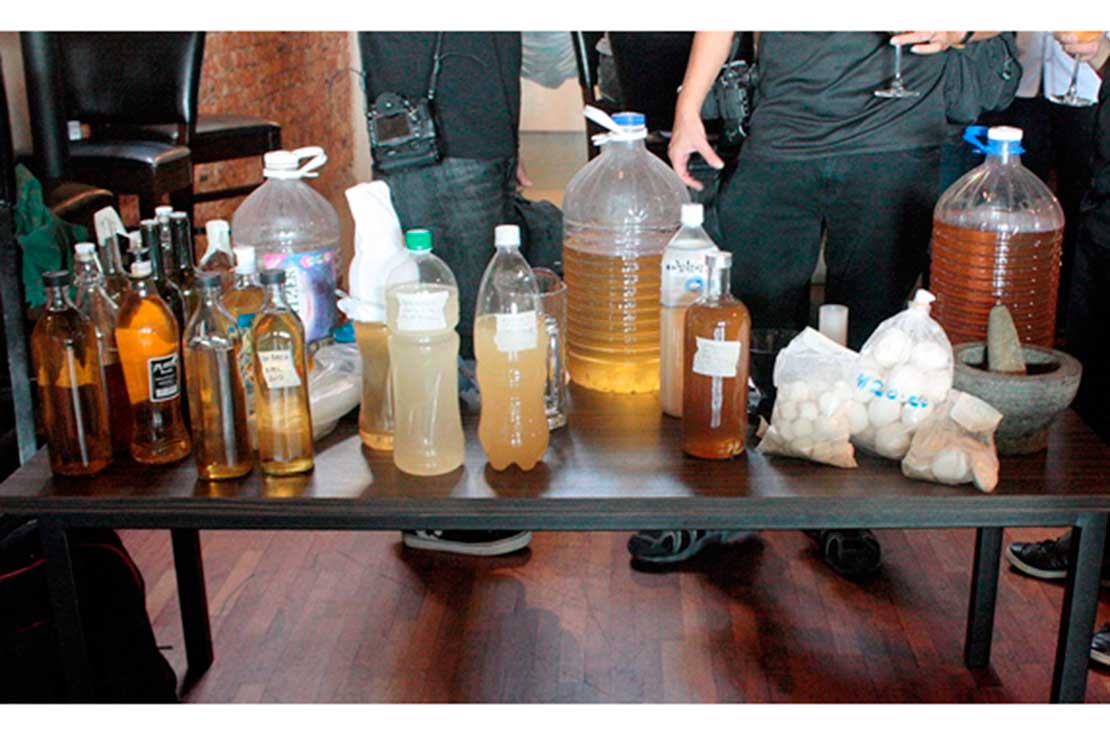 Tuak - the ancient culture in Borneo

Tuak is a Sarawakian term for rice wine. In Sabah, it is called lihing. Rice wine is produced in all rice production countries such as Japan (sake), Korea (makgeolli), Thailand (Sato), China (mi jiu) and Philippines (tapuy). 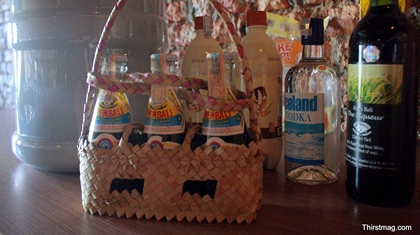 The use of tuak
As tuak is used in every ritual and festivals during many Gawai delebrations (praying rituals and festivals in Borneo), tuak is a deeply rooted culture in the Dayak tradition. Dayak refers to the native people in Borneo that covers over 200 different ethnic subgroups such as Iban, Bidayuh, Kayan, Kelabit, Kenyah, Bisaya, and many more. During Gawai, tuak is offered to the spirits as part of the items used in blessing ceremonies such as the Harvest Festival.

The making of tuak
The traditional alcohol drink is made from the fermentation of rice (usually glutinous rice) using yeast and enzyme which is naturally available in ragi. The enzymes break the starch in the rice into sugar and the yeast converts the sugar into alcohol, which is the fermentation process. Fermentation process also produces carbon dioxide, apart from alcohol. It is normally made in large volumes with the help of sugar mixed with water, often boiled and left to cool before it is added to the fermenting mix of rice and ragi. 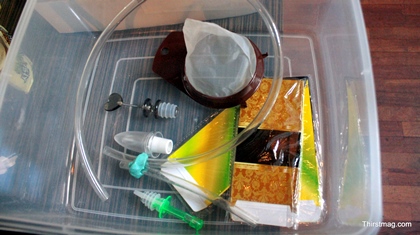 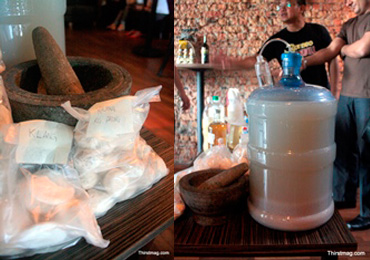 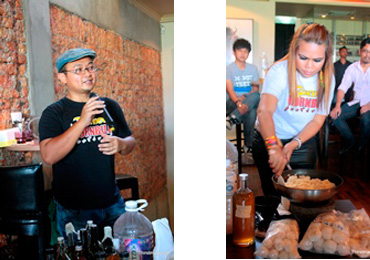 Agustus Sapen walked through the demonstration of tuak making 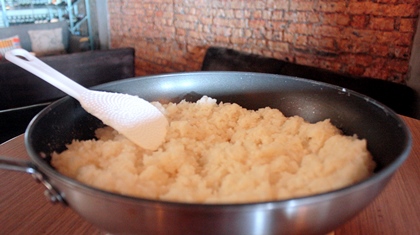 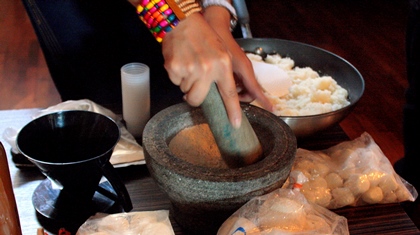 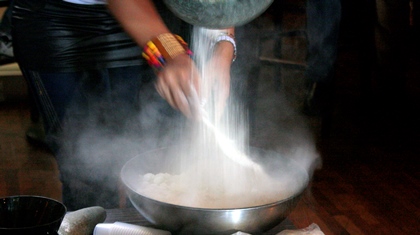 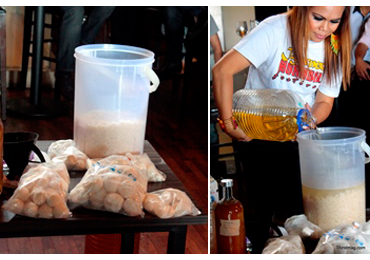 Put the mixture into a tub and add sugar syrup 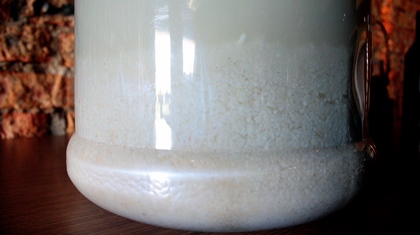 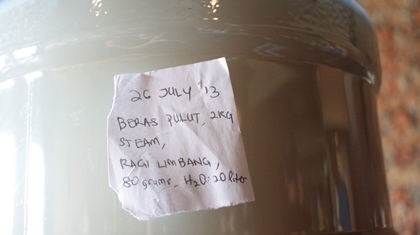 Make a record of your recipe and date 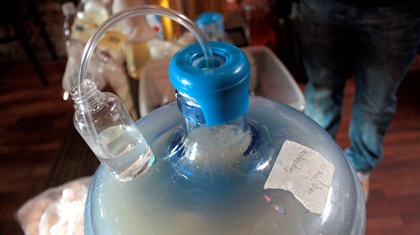 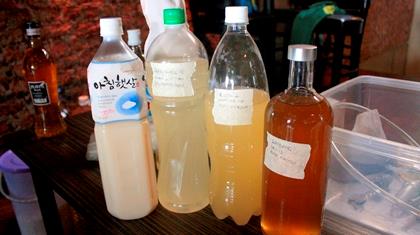 Bottle and ready to serve

The taste of tuak
Tuak is very similar, or in some cases exactly the same as home-made Chinese cooking rice wine. The alcohol content in tuak varies from 5% to 20% by volume. Tuak can be dry (not sweet), slightly sweet or very sweet, depending on the amount of sugar used in the fermentation process. A bad tuak will taste sour, which is the result of other bacteria contaminating the brew, producing lactic acid.

Other ways of drinking tuak
Add tuak into half of Guinness to mild the overly sweet tuak.

Toasting
'Oohaa...!' in Iban language is equivalent to “cheers” or “yum seng” in Chinese.

2. Tuak Competition - Return of the headhunters on 5th October 2013

Source of information: Agustus Sapen - Spirits of the Harvest