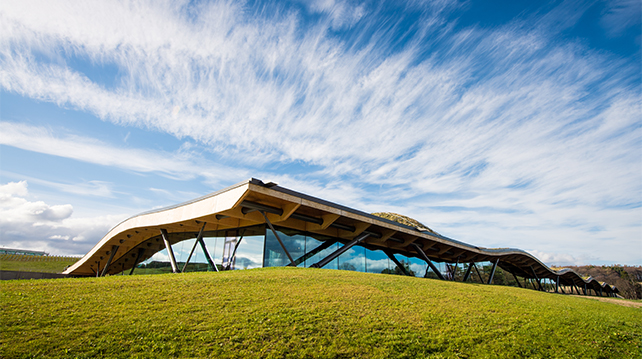 Welcome to a new era of The Macallan

The Scotch producer recently unveiled a stunning new distillery and visitor experience on its hallowed Easter Elchies estate on the Speyside hillside, which has been home to the single malt since 1824.

The new site was launched with a glitzy event on May 23rd which attracted VIP guests and whisky lovers from all over the world. 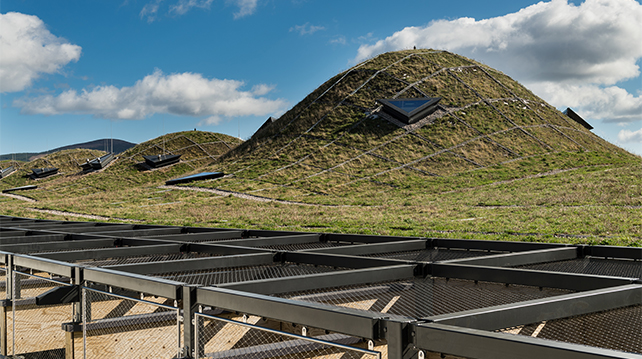 A strikingly beautiful piece of contemporary architecture, the distillery was inspired by the ancient Scottish hills and cut into the slope of the land itself, maximising the aesthetic beauty of the building whilst minimising the visual impact on the Speyside landscape.

Announced in 2012, construction of the new site began in December 2014 and took three years and six months to complete. During construction, up to 400 people specialising in over 20 different trades were employed on site.

The magnificent distillery also incorporates a state-of-the-art visitor experience, which opens its doors to the public on June 2nd, 2018. 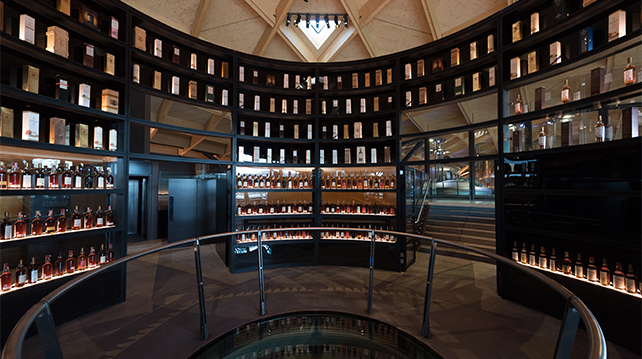 The visitor’s experience, designed by museum developer Atelier Brückner, includes a series of interactive displays representing each of Macallan’s signature ‘six pillars’. Among them are a walk-through oak ‘forest’, a cask firing demonstration, and most impressive of all, the Macallan archive that boasts a collection of 398 bottles, 19 decanters and four flasks, all of which will be on public display for the first time ever.

There will, of course, be a bar where visitors can choose from 952 bottles to sample.

But never mind the building, what about the whisky it produces?

Well, the new distillery can churn out 15,000,000 litres of spirit each year, compared to its previous capacity of 11 million litres – an almost 36% increase in production for the brand. That’s a lot of whisky! 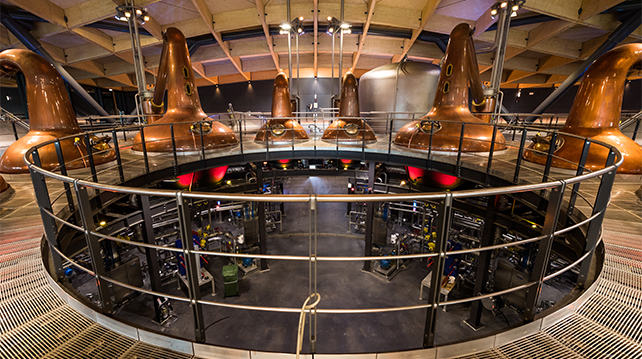 One of the most famous aspects of Macallan’s spirit production are its unusually small copper pot stills, which are so essential in producing its trademark heavy, oily and robust new make spirit.

The new distillery continues this tradition, upping the number of the stills from 14 to 36, all of which were crafted by Scottish coppersmiths Forsyths, who have been making the Macallan’s ‘curiously small’ stills since the 1950s.

These 36 stills are arranged in three circular ‘pods’ of 12, each containing eight spirit stills and four wash stills, which gives the interior of the distillery a real space-age kind of atmosphere.

Also included in the new site is a 17-tonne mash tun which is reportedly the largest in Scotland.

The move to a new distillery can sometimes impact the profile of the new make spirit, but Macallan has taken great care to ensure that its spirit remains the same despite its new production line. 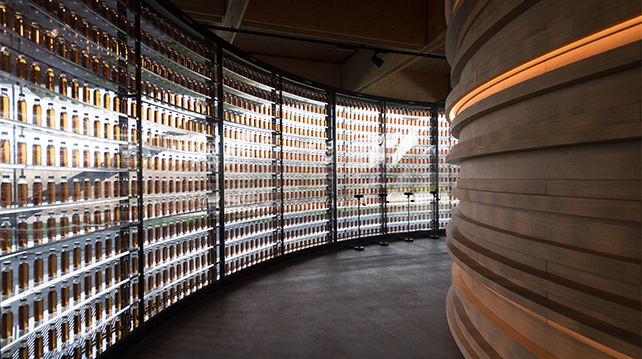 Moving forward, Edrington has invested a total of £500m towards Macallan. The new distillery may be the jewel of the crown, but significant investment will also go into additional warehousing (they’re going to need it with the increased capacity!) and sourcing quality wood over the next 12 years for maturing their spirit.

The first whisky only ran through its stills in December last year, and since the spirit would have to be aged a minimum of three years before it can be called ‘Scotch whisky’, it is safe to say that we won’t be tasting any whisky from the new distillery anytime soon. Still, even if it takes 12 years for the first bottles of Macallan from the new distillery to be bottled, we are sure it will be worth the wait.