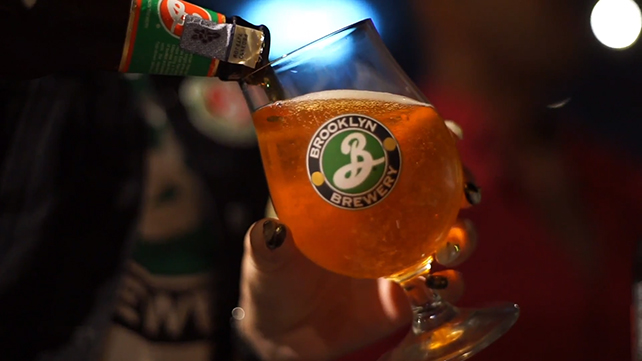 What is craft beer?

If you’ve been paying attention to our articles, you’d have noticed that we’re big beer fans, and that we’re also fans of craft beer.

But what exactly is craft beer, and why are beer lovers around the world drinking and embracing it?

What is certain, however, is that craft beer tends to be beers that are “crafted” to produce a high-quality beer with an emphasis on flavour. Craft brewers don’t just brew one single style of beer - they brew beers across a variety of styles, from ales (including India Pale Ales (IPA), to stouts, porters, and sours) and lagers (which include Pilsners, pale and dark lagers, and Oktoberfest beers).

Now, one of the key things about enjoying craft beer is knowing what you're drinking, so here is a brief rundown on two of the more popular styles of beer, lager and IPA.

Lager is a style that most Malaysians would be familiar with, as popular beers like Carlsberg and Asahi belong in that category.

Many craft lagers, however, tend to put a twist on the usual clean, crisp lagers we are used to. Brooklyn Lager, the Brooklyn Brewery's signature beer, for instance, is amber gold in colour, thanks to the dark malts it uses, which gives it a solid malty foundation that is supported by a refreshing bitter and floral note given by the hops.

The aromatic qualities of the beer are further enhanced by “dry-hopping”, in which fresh hops are steeped in the beer as it undergoes a long, cold maturation. The result is a lager that not only retains the crisp refreshing qualities of a lager, but also offers more in terms of flavour, body, and overall satisfaction for the beer connoisseur.

If you're looking for something different, then try an IPA. The first thing you'll notice when you lift a glass of IPA to your mouth is the bittersweet, floral aroma of hops.

IPA, or India Pale Ale, is a pale ale that often plays up the hops influence in the beer. Despite its name, however, IPA did not originate from India. Although there are a few schools of thought when it comes to the origins of IPA, the most popular one is that IPA was created in England between the late 1700s and early 1800s, when the then British Empire was trading heavily with India and exporting, among other things, beer there.

Since they needed the beer to last the long sea journey to India without spoiling, it was believed that brewing it to a higher alcohol level and adding more hops could help preserve it better. And thus, the "pale ale to India” was born.

Today, there are several different styles within the IPA category, from lighter session IPAs, to more highly hopped American and Double IPAs. The common link between these different sub-styles, is the prevalence of hops in the flavour of the beer.

If you're new to the IPA style, here's a tip: get your palate used to the burst of bitter hoppiness by first taking a few sips. After your palate has adjusted to the hops, you will get a much better understanding of the complexity of the beer on subsequent sips.

For beginners, the 6.9% ABV Brooklyn East IPA is a good start to your IPA education, as it is a clean, drinkable IPA that’s well-balanced, and has a bright, fruity flavour while still maintaining the signature hoppiness of an IPA. Its bright piney aroma and flavours of stone fruits come from a blend of American and English hops, balanced over a sweet malt body and a firm but gentle bitterness.

Both Brooklyn Lager and Brooklyn East IPA are currently available in 355ml bottles. Try them with food in our series of The Brooklyn Experience around the cities starting July 2018. Sign up to Thirst Club to stay updated of the next event.