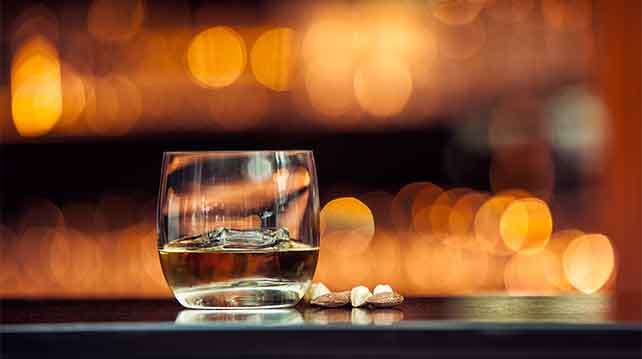 Whisky or Whiskey; that is the question. Whisk(e)y of all types has experienced a tremendous surge in popularity over the last decade, but which is the correct way to spell this wondrous spirit? Today this depends largely on where your whisky is from, and to a smaller extent on personal preference. Let’s see how it all began.

The first known historical reference to whisk(e)y of any kind dates back to the early 15th century. In 1405 it was recorded in Ireland’s ‘Annals of Clonmacnoise’ that an Irish chieftain had died from “taking a surfeit of aqua vitae at Christmas”. Sadly, the original Gaelic documents were lost and we must rely upon a 17th century translation to Elizabethan English for this account. The first reference in Scotland comes from the Exchequer Rolls in 1494, where provision was made for “Eight bolls of malt to Friar John Cor, by order of the king, to make aquavitae”. This order, for King James IV of Scotland, is today estimated to have been enough to make 500 bottles.

Aqua vitae? I thought we were talking about whisky?

We are, but look at who was making the stuff. As his title indicates, Friar John Cor was a religious man. Friars are similar to monks, with the difference being that monks are cloistered in monasteries whereas Friar lived among the community. And of course we are talking about Roman Catholic monks and friars, who spoke Latin. In the 15th Century, it was primarily these Latin-speaking men of religion who distilled spirits, and aqua vitae is Latin for ‘Water of Life’.

Whisky production was later taken up outside of these religious roots and a new Gaelic translation was used for this ardent spirit. In Ireland it became Uisce Beatha and in Scotland it became Uisge Beatha, both of which mean, you guessed it, ‘Water of Life’. This was then shortened to Uisce or Uisge, and eventually became anglicised as whisk(e)y. All this happened in times when people were generally less literate than they are today, so it is no surprise that the Irish (whiskey) and the Scots (whisky) ended up with different spellings, although there is an apocryphal story about the Irish deliberately choosing a different spelling to set their spirit apart from Scotland’s.

Later, in the 1700s, there was a large Irish immigrant population in America and the Americans, by and large, naturally followed the Irish spelling: ‘whiskey’. Although it is widely believed that Americans consistently favour that spelling, the truth is more complicated. The legislation that governs spirits production in the US actually uses both spellings, and some American distilleries still choose to use the spelling ‘whisky’.

The Japanese whisky industry, on the other hand, was influenced not by Irish immigrants, but by a Japanese scholar named Masataka Taketsuru. Taketsuru studied Organic Chemistry in Glasgow starting in 1919, and after graduation worked in two Scottish single malt whisky distilleries before returning to Japan, where he was pivotal in founding the Japanese whisky industry. Heavily influenced by his time in Scotland, he followed the Scottish spelling ‘whisky’, as has almost every other whisky producer around the world.

If you ever have trouble remembering the correct spelling, consider this: There’s an E in America and in Ireland, so put an E in their whiskey. There’s no E in Scotland or Japan, so treat their whisky accordingly.