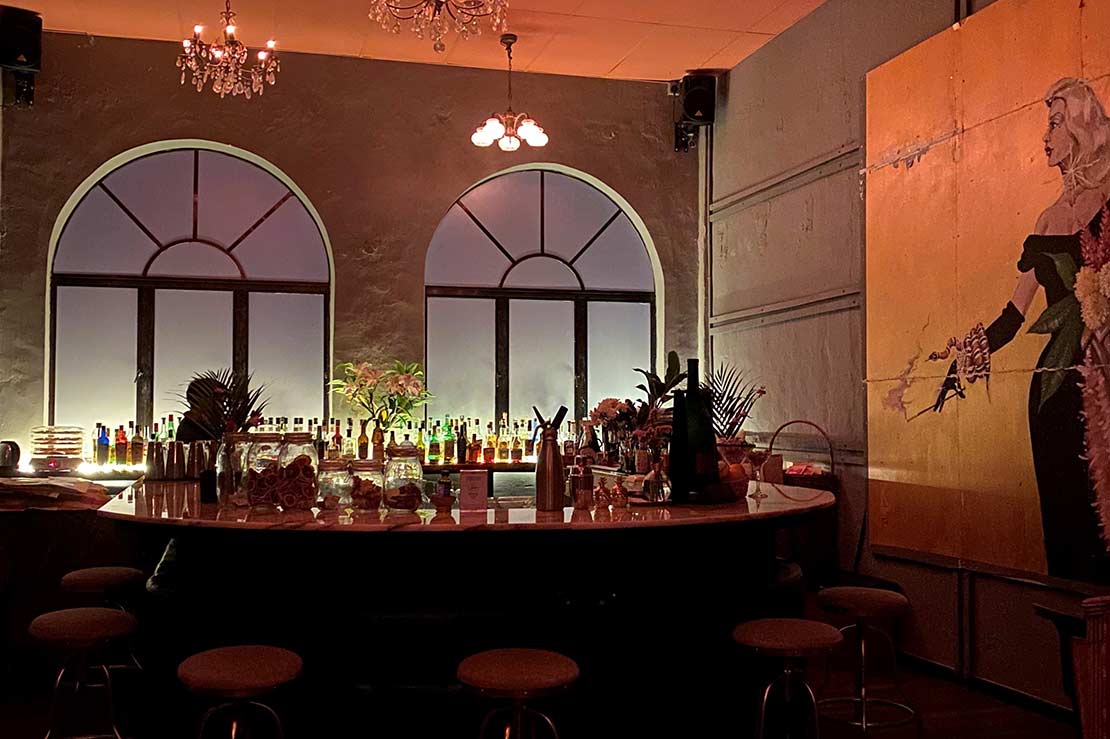 Only two months ago, the nationwide lockdown seemed to never end. However, it appeared that overnight, dine-in was allowed and no one was ready for it, except for those who had been waiting for that announcement.

Atas Speakeasy in Ipoh had been preparing to pounce into action since moving to their new venue last June. Entry was only permitted to those who made reservations, a “house rule” that regulars have adapted to, and one of the ways to control the crowd based on new SOPs. Indirectly, the bar has “trained” its patrons by creating a culture of making plans and sticking to them.

Alicia Mak and Eugene Wong started Atas Speakeasy in 2017 in the historical mining town of Ipoh, aimed at the discerning and focused on creating unique experiences and cocktails that amplify Malaysian culture and ingredients.

Over the past 15 months, Atas (a Malay term referring to the sophisticated and elegance) has developed new cocktail recipes, perfected a classic tuak brew and found culinary partners for a new cocktail pairing program.

The Bidayuh tuak recipe passed down to Eugene’s mother by her father born in the late 19th century, has been served in the bar’s cocktails in the past. The clay-pot aged Matang Artisanal Tuak is now available in 500ml bottles due to popular demand, and is said to be best consumed in a highball.

It has been Alicia’s plan to introduce fine dining pairing to the bar experience, and by chance, she stumbled upon a group of culinary lecturers who were keen to help curate the program. Chefs from Tamu Dining help create the structure of the 5-course dinner of which Atas will come up with matching cocktails.

The exclusive one-and-a-half-hour dinner pairing session is only run twice a month, with an initial one seating each session which will progress to two sessions when demand increases. Only eight diners are allowed per session and each menu is run for a month, once missed, it’s missed.

What makes this experience unique, is the in-person walkthrough of the meal preparation and explanation of ingredients used in each dish. Diners get to see the food cooked and assembled right in front of them, as well as the cocktails by the bartender.

The conceptual dining menu encompass international cuisines that use an adaptation of Malaysian ingredients sourced locally. The first menu since dine-in allowed two weeks ago was French, such as the fish from Kuala Sepetang fishing village, duck from Ipoh itself, vegetables from Cameron Highlands and micro greens from Kuala Lumpur.

The 5-course dinner with five matching cocktails is priced at RM288 nett per person. Only pre-booking is available.

On the question about whether there is a plan to include wines in the pairing menu, Atas insists on the bar’s cocktail identity. They have however, recently signed up to Bad Monte, a brand of wine cocktails which provides Atas with an alternative to wine options on the menu.