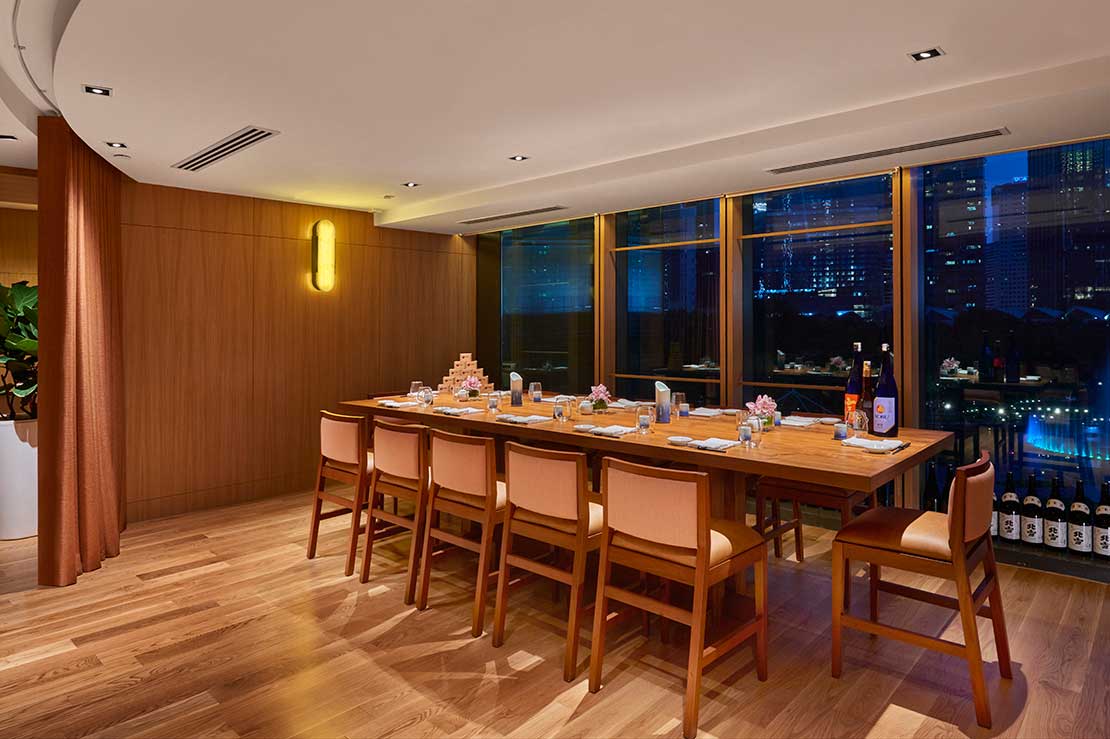 From 15 March 2021, Nobu Kuala Lumpur has reopened to receive guests in their new home at Four Seasons Place with fresh contemporary Japanese-Peruvian style cuisine. The move after 6 years of being on the 56th floor of Petronas Tower 3 is seeing some welcome changes.

Being located at level 4A of the hotel gives the internationally famed restaurant a view of the beautiful KLCC as the space faces the KLCC Park and its iconic waterfront features.

Now sharing an underground carpark with the building, guests can take the lift straight up to the door of the restaurant. Valet parking is available as well at the lobby.

What’s more, families would be delighted to hear that children are now allowed, an access that was not available in the previous venue. 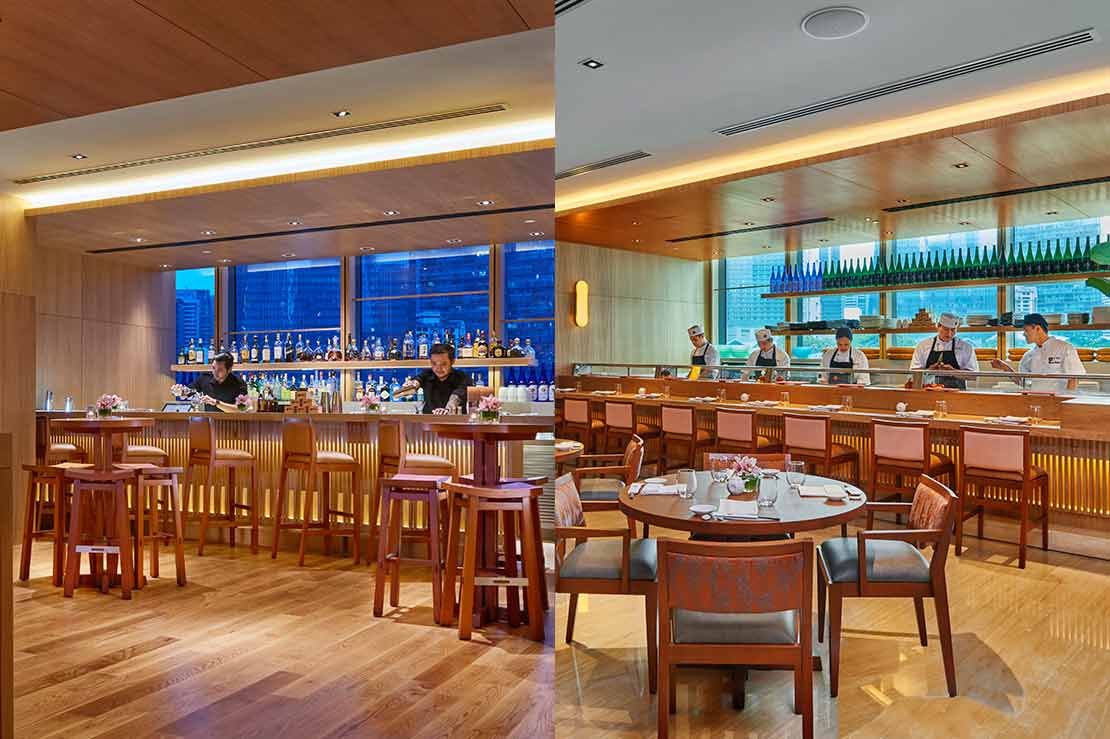 With a built-up area of 8,636sqft, the over 200 pax capacity restaurant fully utilises the roomy space. There are three private dining rooms for small and medium group sizes, a sushi bar, sake room and a drinks bar.

The most talked about feature of the new space is the state-of-the-art kitchen island, with its design guided by architect-turned-chef, Philip Leong, the Executive Chef of Nobu Kuala Lumpur. The stations are built to suit the Asian physique and have practicality in mind. The ceiling integrated hood using an advanced kitchen exhaust is the first in Malaysia.

The sushi bar headed by Head Sushi Chef Chico serves authentic sushi experiences from over the counter. It is designed to prepare fresh seafood and is separated from the kitchen that prepares cooked dishes.

An additional feature to the dining experience is the tableside service that chefs and the attendants can present and explain each dish on trolley on site, giving diners a more personal touch.

Entering the restaurant, guests are immediately greeted with the view of the drinks bar, and the symphonic sounds of cocktail shakers and ice cubes filling glasses.

Nobu has its own brand of sake brewed in Hokusetsu, Japan, which are also used in their cocktails. Their Matsuhisa Martini is signature to Nobu, and a favourite of co-founder and Oscar-winning actor Robert De Niro, uses vodka, sake, pickled ginger, shaken and served with cucumber slices as garnish. 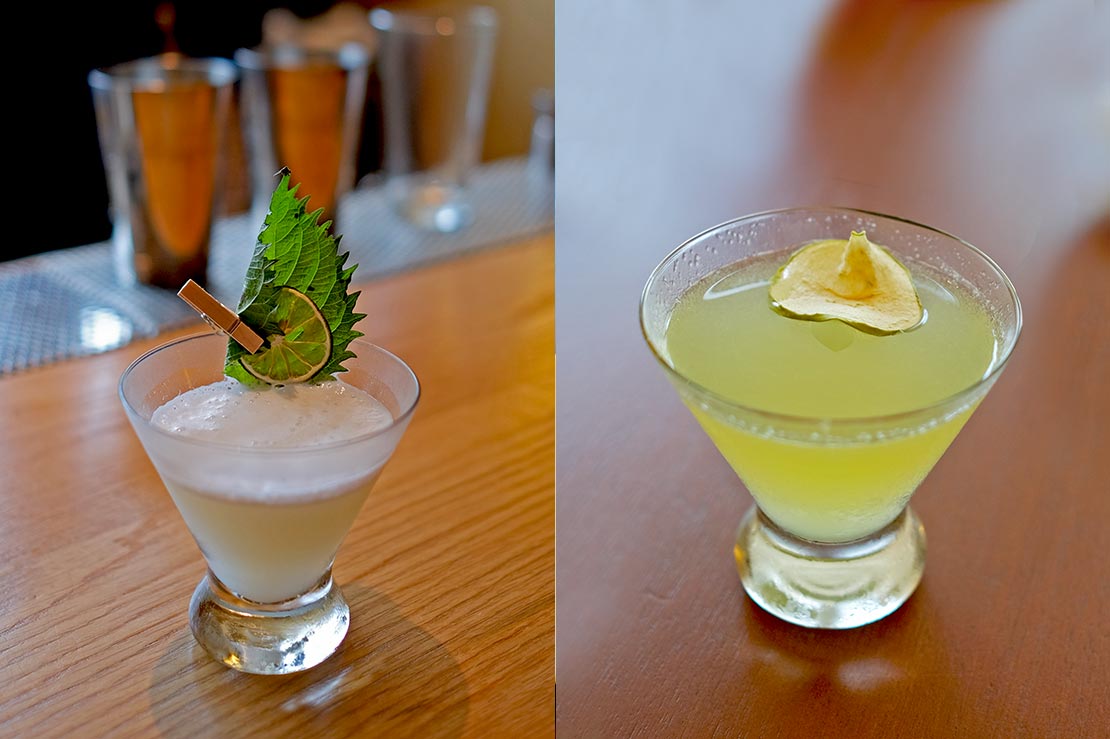 The new addition to the restaurant feature is a sake room right next to the bar that fits 12 pax for pairing, tasting or casual drinking. The Honjozo Onigoroshi ‘Devil Killer’, Honjozo Ongakushu Koshu ‘Music Sake’, Hokusetsu Ume Shu and Hokusetsu Nobu Daiginjo TK40 “The Premium Sake” are available by the glass and bottle. Sake bombs can be ordered by request, according to the General Manager Gopi Kanala.

Wines and Champagnes are also on the menu. Bar bites to try are Matsuhisa Sliders (wagyu and shrimp) and a range of tacos with vegetarian versions offered.

Adapting to the new norm

In 2020, Nobu launched Nobu At Home with a delivery menu that presents some of the restaurant’s signature dishes at affordable prices for home dining convenience, a first ever feature adapted by the fine-dining brand due to the pandemic.

In compliance with the Malaysian government’s SOPs, the restaurant is currently running at 120 pax capacity instead of the full 200 pax.