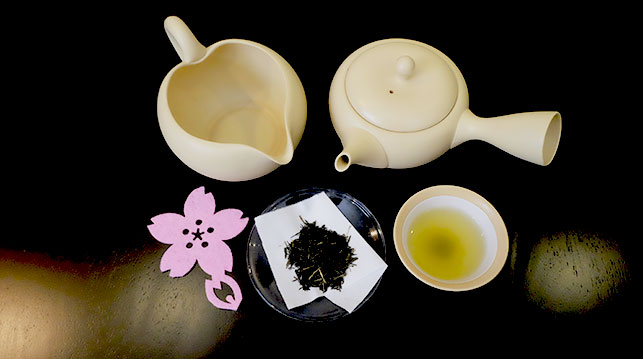 The Best of First Harvest

Behind the navy blue façade of Tea Press in Damansara Uptown is a Japanese culinary experience that is strikingly different to what you might already find around KL.

Inside, the pared down aesthetic, cream coloured walls and display shelves in a matching navy to the exterior create a more Western appearance. The only thing that indicates Japan is the menu. This was very much intentional, says Ami Sugiyama, Managing Director of Tokyo Takuhai. Instead of having a heavy Japanese design style, the idea was to “introduce more daily Japanese culture in Malaysia” where people can come on a regular basis for a casual atmosphere, rather than as a novelty. The food and drink on offer appropriately demonstrates the best of Japan.

Ami-san is from Shizuoka, a prefecture famous for Mount Fuji, oranges, and the best sencha (green tea) in Japan. She visited Malaysia on a holiday two years ago and was shocked by the quality of Japanese green tea offered here. “It was awful”, she remembers, “There are so many Japanese restaurants here in Malaysia, and people like Japanese culture, but the tea they offer has less flavour and taste…it’s just green.”

Working together with the tea growers from her hometown, Ami-san brings the powerfully aromatic shincha (‘first harvest’) green tea to Malaysia, and into Tea Press. The loose leaf tea is premium quality, collected from the spring harvest in May when the new leaves on the tea bushes are just opening and full of nutrients. “It’s the best season green tea,” Ami-san says. “We harvest four to six times a year. The first harvest is in May, then a few weeks later we do the second harvest…as it goes on the quality goes down.” 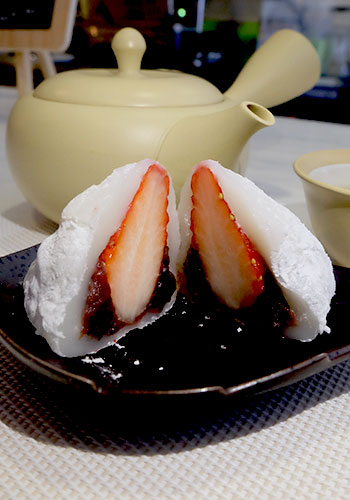 Sencha is not to be confused with matcha, which is green tea in the powdered form. It’s reserved for special occasions only, and entails an elaborate ceremony. Sencha, the loose leaf, is the more casual form, and is a common daily drink.

To prepare it, start by boiling 80-100ml of water to 60-70 degrees Celsius in a cast iron pot. “Here in Malaysia the water is not as soft as Japanese water. The cast iron pot can adjust those mineral levels, so now the taste is smoother and matches the Japanese green tea well”, says Ami-san. Put 3g of tea leaves in a teapot and add the hot water. Allow it to brew for a minute and a half, then serve to ‘the last drop’. “Don’t leave any water in the pot! The last one is the most tasty”, Ami-san says, laughing. The flavour is profoundly umami, unlike anything you would taste from a store-bought teabag.

The tea leaves can be brewed again and again. With each round you’ll find the flavour changes, and then gradually reduces. This is most obvious in the first three, where the flavour profile goes from umami, to nigami (bitterness), and then shibumi (astringency). 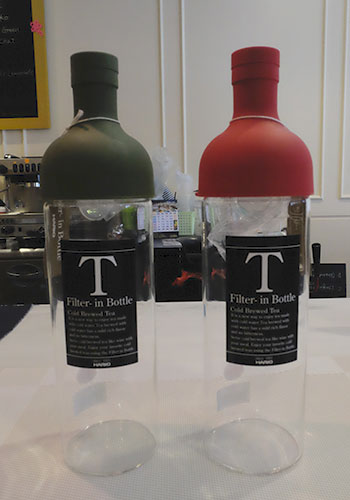 Hario glass bottles for tea that can be chilled in fridge.

In the café you can watch the staff prepare the tea before your very eyes, snack on some wagashi (traditional Japanese confections) for a typical Japanese teatime treat, or settle in for a proper meal. Tea Press also has a variety of espresso, latte, and smoothies on their menu, most of which are made with sencha or hoji (roasted green tea). In addition to food, Tea Press stocks Hario glass bottles and bags of sencha tea leaves for you to take the shincha experience home with you.