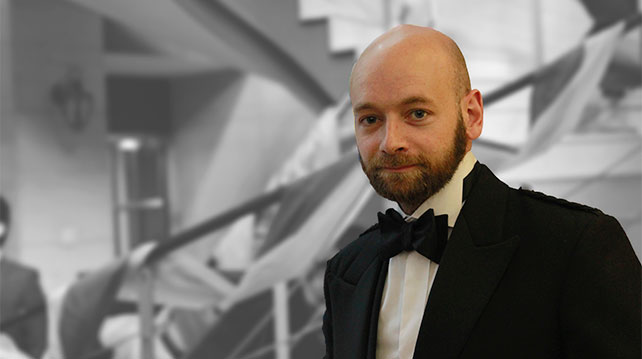 In 2013, Springbank made its foray into Malaysia thanks to Single & Available. This was shortly before David Allen, Regional Sales Manager of Springbank Distillers, joined the company, and was apparently the last new country to join their distribution network. “Malaysia did quite well with its timing,” Allen says, “because soon after I joined Springbank they actually stopped taking on new markets because their stock levels were so low.”

This is the double-edged sword that is Springbank: their whiskies are renowned among aficionados across the world for their quality, but due to their small production amounts they’re rather difficult to get your hands on – especially with the limited releases. This is due in part to a conservative approach to making whisky. Being a family-owned business since 1820, they are “just making enough to make a profit and support a network of jobs”. Springbank also insist on doing every stage in the production – including floor malting – themselves, “which again restricts how much we can do”.

Allen offers some reassurance, saying “We’ve got a strategy in place where we have more efficient ways of increasing production, and more consistent output. Which is going to be good for Springbank and good for whisky drinkers all over the world.”

To put their numbers in perspective, last year the distillery produced 120,000 litres of pure alcohol. Whisky output from Diageo was 6.5 million litres. “There’s the context of where Springbank sits in the market. The 120,000 litres that we produce supports 70 jobs in Campbeltown: everybody from production to bottling hall, to office, and me in sales. In many ways we are really inefficient, we employ far too many people to make such a small amount of whisky, but that’s exactly what we want to do.”

As such, distributing worldwide is a delicate process. “The joke in the office is that we’re the Sales Prevention Team, because we’re trying to prevent people from buying too much,” he says with a laugh. “So we allocate everything quite tightly.”

And there’s no pandering to speculators. Even as limited as their stock is, the desire is for it to be consumed as intended, “We want our whisky to be drunk by whisky drinkers, not hoarded by whisky collectors…Some people might call us naïve for not unnecessarily increasing prices on limited releases, but we want to be as fair as possible – we appreciate our whisky is quite exclusive and limited, but we want people to drink it.”

And with so many whisky companies bulking up their portfolio with No Age Statement whiskies, Springbank steadfastly remains with their Age Statement bottlings. In the past the three core products were NAS (being Hazelburn CV, Springbank CV, and Longrow CV), however, all that remains now is the Longrow. This has more to do with ethics than with snobbishness, “There’s nothing at all wrong with no age statement whisky – if it’s good whisky, it’s good whisky, end of story. What we don’t really like is that some companies have withdrawn their older age statements because of lack of stock, invented a fancy name for the whisky and put a big advertising campaign behind it to promote it – which in reality is going to be a younger whisky – but the price has increased. So people are paying more for younger whisky, and that doesn’t sit well with us. We like having the transparency of saying ‘you’re paying this amount of money for this whisky’ and you know it’s at least 10 or 12 or 15 years old.” Further NASs are not at all on the horizon for Springbank.

Ultimately, Allen says, it’s important for the identity of Springbank and the distillery to remain niche, so they can continue to produce the way they do and remain an artisan, handcrafted whisky. Plus, operating in rural, isolated Campbeltown – a place in the west of Scotland with a population of only 5000 people – is a real benefit to the local community that may not have any employment opportunities outside of farming or fishing. “The community relies on Springbank as much as Springbank relies on the community. Current chairman Mr. Hedley G. Wright sees the people of Campbeltown like the custodians of his family’s distillery for all these years, so he wants to make sure that future generations of people in Campbeltown will continue to benefit from Springbank making whisky and employing people,” he says. “As long as we’re sustainable and socially responsible to the people of Campbeltown, those are the primary goals.”