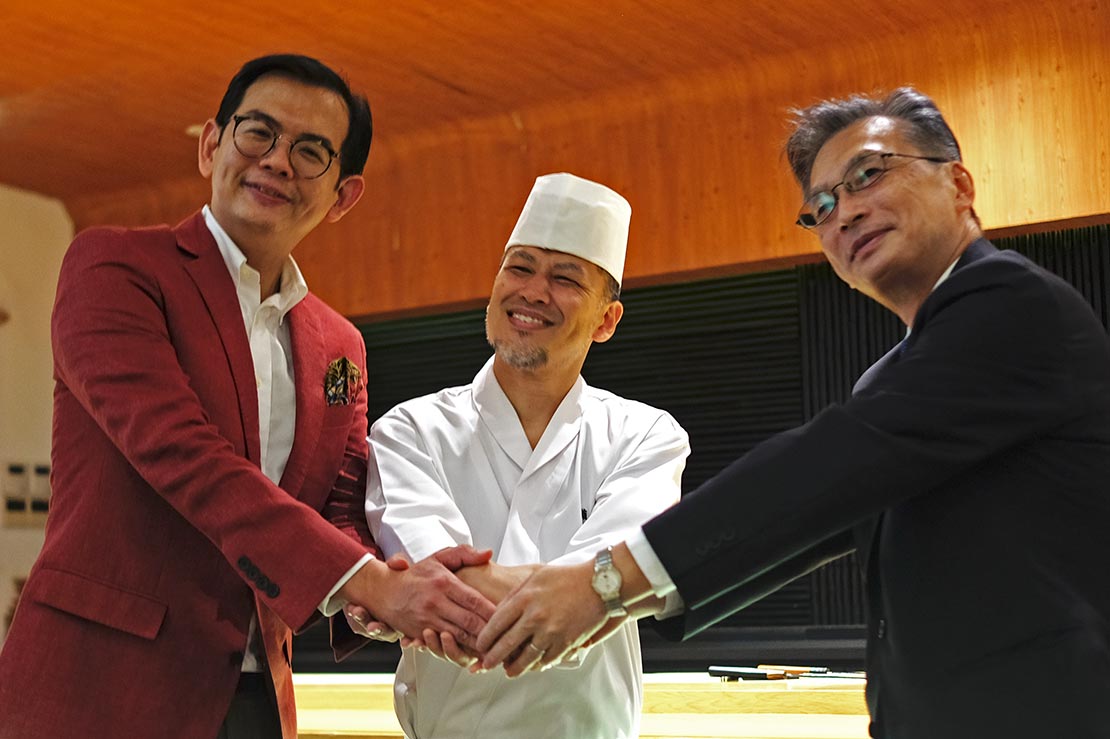 10 November 2021, Kuala Lumpur – In a small investiture ceremony held in Sushi Oribe Restaurant, the first two Japan Cuisine Goodwill Ambassadors in Malaysia were awarded their certificates by Oka Hiroshi, the Ambassador Extraordinary and Plenipotentiary of Japan. 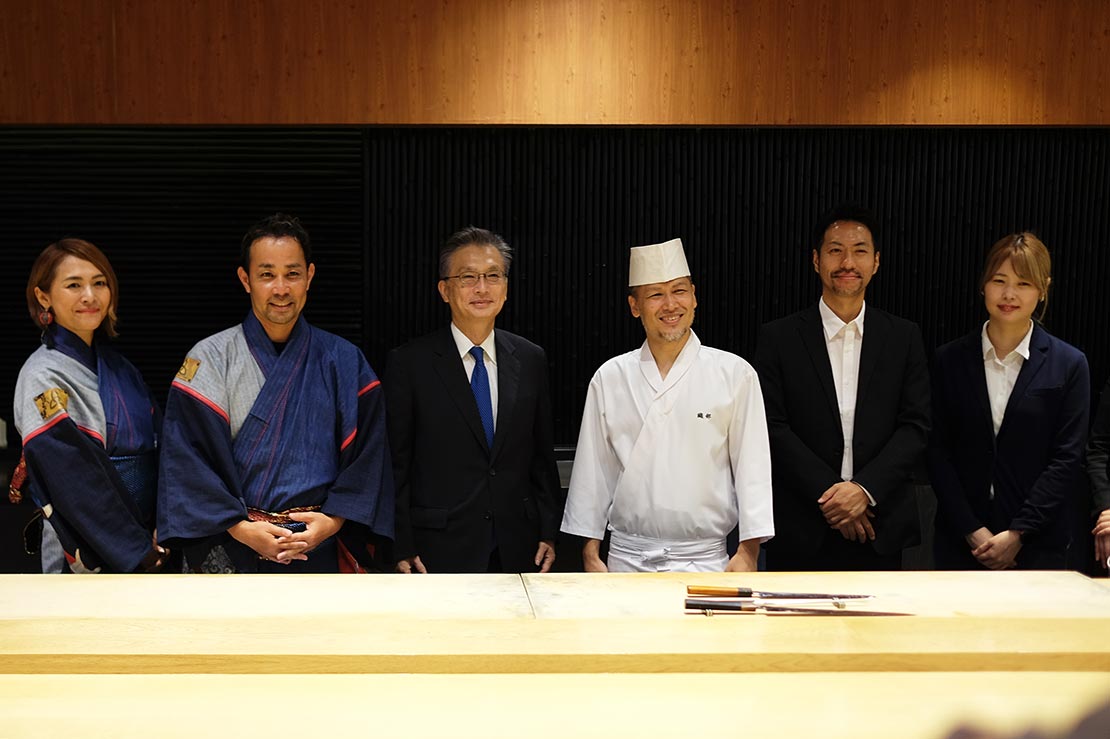 Chef Naoya Kawasaki, his team in Sushi Oribe and the Excellency after the ceremony.

The awards were presented on behalf of the Ministry of Agriculture, Forestry and Fisheries of Japan (MAFF) to Naoya Kawasaki of Sushi Oribe and Thomas Ling of Entwine Consultancy to recognise their efforts in promoting washoku (Japanese cuisine “和食”) through culinary and beverage experiences in Malaysia.

Chef Kawasaki arrived in Malaysia seven years ago and that was the first time ever he was working away from home. He thanked the kind Malaysians he has met throughout his stay in the country and the team, which have allowed him to share authentic Japanese food and culture in his own way.

Thomas Ling, partner of Entwine Consultancy recognised as one of the first Japan Cuisine Ambassador for Malaysia.

Through trade fairs and events, Ling has made sake available and accessible which has helped expand the sake market in Malaysia. In Hiroshi’s speech, he credited Ling for his contributions in making Malaysians aware of Japanese sake.

2022 is the 40th anniversary for the Look East Policy Malaysia and the Japanese trade society has plans to host many Japanese related events in Malaysia to help strengthen the ties for both countries. The two appointed ambassadors will continue to play their role next year in these events.