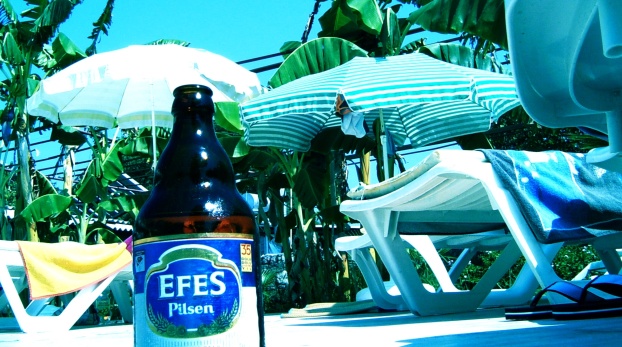 Make your love for beer part of the equation the next time you plan that next big holiday break.  Here are some great locations to visit.

BEER & BITES
Brussels, Belgium
While their snooty neighbours take pride in their wines and champagne, Brussels has slowly but surely established itself as one of the best beer cities in Europe. Visitors to this fine city can not only soak in the sights and sounds of its surroundings but also consume some of the most inventive, unique and high-quality beers ever produced. Along with great tasting beers, Brussels is also considered as the unofficial beer gastronomy capital of the world, making it truly one of the best places in the world for a bonafide beer vacation.

A PINT OF HISTORY
Dublin, Ireland
If you love dark beer, then there's only one place on earth you should pay a visit to. Stepping onto the hallowed grounds of the Guinness Brewery located at St. James’ Gate is a must for any Guinness fan owing to two specific reasons—you gain an invaluable lesson behind the history and making process of the renowned Irish Stout and you get to sample some of the freshest Guinness you'll ever have the fortune of consuming.

THE FESTIVAL
Munich, Germany
It's no secret the Germans really love their beer, but they've taken it a step further by creating a whole festival around it. The Oktoberfest Celebrations held throughout the country may have started as an excuse for a massive piss-up but it has grown to become one of the country's best exports, which is celebrated the world over. Clearly, if you want to experience Oktoberfest like the Germans do, there's only one place to go to, the annual celebrations held at Munich. Just pray your bladder is up to the task.

SIPS & SIGHTS
Amsterdam, Holland
With cobblestone streets, unique waterways and giant windmills, Amsterdam is by far one of the most unique cities to visit in Europe. Because of its location, the city has also benefited from an influx of pubs that serve a wide variety of European beers and ales. However for a more 'local' flavour, nothing is better than paying a visit to the Heineken factory/museum located in the city centre to receive an education in all things Heineken as well as to savour its great tasting beer. Straight from the source.

ADVENTURE INC
Queenstown, New Zealand
The adventure capital of the world is best known for its scenic attractions as well as its adrenaline charged activities. It’s also however one of the absolute best places in the world to kick back with a frosted cold one and just savour one of the most amazing sunsets in the world at the Waterfront. The beer for this task should be none other than Monteith's, which is still brewed in the sleepy town of Greymouth some 300km away.