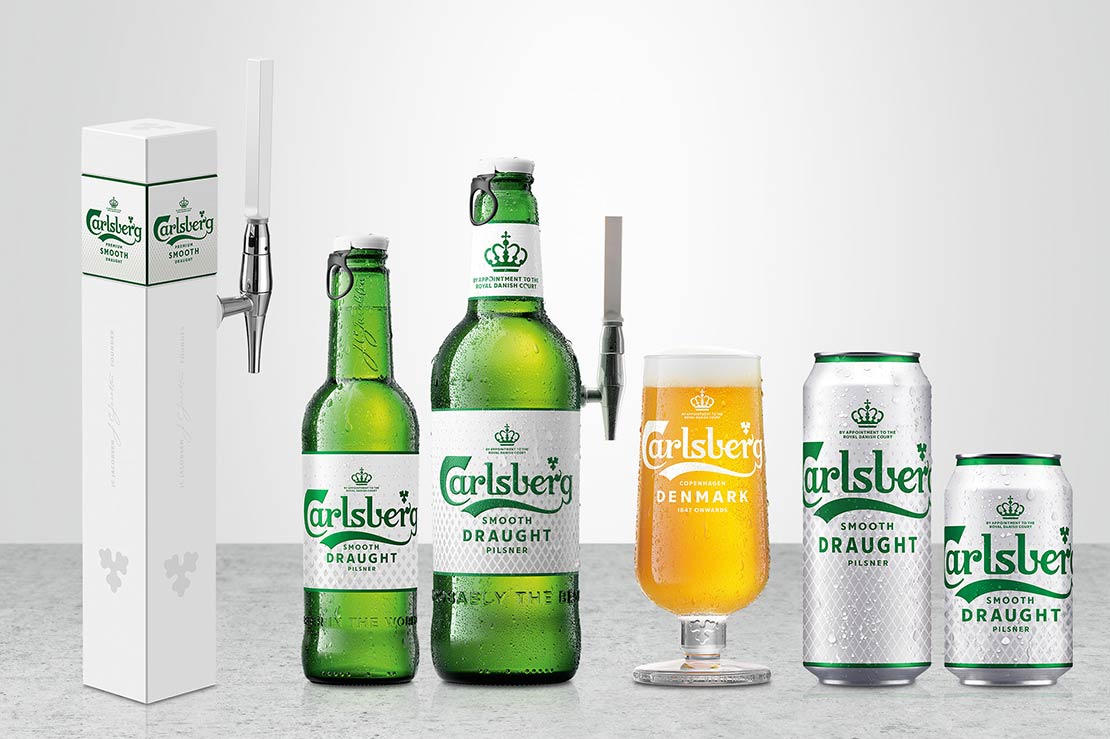 Originally created by Carlsberg Malaysia as a special edition to the market that love their drinks “smooth”, Carlsberg Smooth Draught bottles and cans were added into a permanent offering in 2016 due to popularity.

5 years later, a new “modernistic” look is unveiled and made available on taps. Available first exclusively in 28 outlets of The Brew House nationwide for 2 months since April, the local brew is then distributed across all their affiliate F&B outlets from June onwards.

Unfortunately, most of June month was under lockdown (FMCO) and dining in outlets have not been allowed to date. Alcoholic beverages are also considered non-essential items and the brewery hasn’t been allowed production during this period.

The new look on their packaging was run in conjunction with their CHEERS TO FOOTBALL campaign, a consumer promotion was run from 1 April to 31 May 2021 with purchase from coffeeshops, food courts, convenience stores and supermarket.

Carlsberg Smooth Draught new look includes an enlarge logo on an all-white background and silver diamonds that covers the mid-section of the green bottle, featuring the “Fresh Cap” that removes oxygen in the headspace in the bottle to keep the beer fresher for longer.

The same refreshed look is applied to the cans with only slight difference from the old design, giving them a cleaner look and a bright contrast to their pilsner. While retaining the same brand identity, the new look gives off a premium feel for the brew.