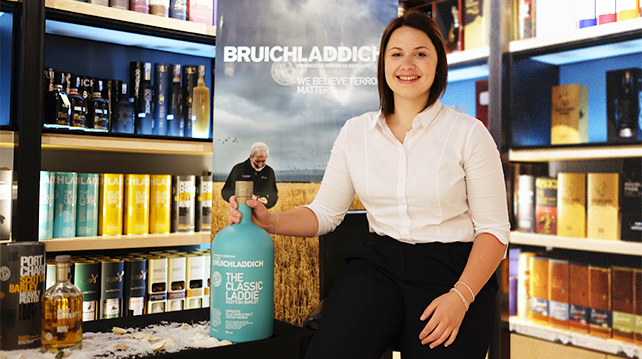 This distillery is taking sustainability up a notch

Sustainability has become a hot topic in the alcohol industry, from the bars the spirits end up in, all the way up to the top of the chain. As the world collectively takes a moment to seriously examine our ecological impact (nixing straws, plastic bags, and other unnecessary single-use items from our lives), so too have businesses – some more than others.

On Scotland’s southernmost island in the Inner Hebrides, The Botanist (and by extension the Bruichladdich distillery) is making conscious efforts to keep their production processes sustainable. Islay in general has a great interest in renewable energy, and there are some distilleries on the island that are entirely powered by renewable sources. For The Botanist, the focus has been on ensuring that their gin’s botanicals – all 22 indigenous herbs and flowers – are responsibly sourced.

“We have a 25-mile-wide island, and the 22 botanicals are found right around the coast and internally,” says Chloe Wood, Bruichladdich Asia Pacific Brand Ambassador. “They’re not in any position we have planted them, but we have Islay juniper – which is very hard to come by because it grows on the side of cliffs and they get eaten by things like goats – that we’ve started to replant to aid that regrowth. But everything else is picked by hand and found wild.”

The Islay-native is the youngest-ever brand ambassador at the age of 23, and has worked with the distillery since she was 18. The island has a small population of about 3,000 people, and the majority of the inhabitants either work in some form or other with one of the many local distilleries, agriculture, or tourism (Wood’s father is in the construction business, and played a vital role in the development of the distillery). Bruichladdich – home to three single malt brands and one gin brand – lays claim to being the biggest private employer on the island, affectionally calling their staff ‘Laddies’. 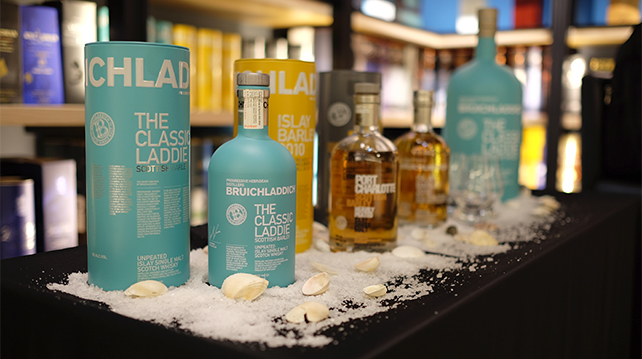 The majority of the 3,000 inhabitants on Islay either work in some form or other with the local distilleries. [Photo: Kim Choong]

Their full-time forager, James Donaldson, retrieves the 22 botanicals (including chamomile, heather, spear mint, red clover, and wild thyme) from across Islay. “He is in charge of picking as much as possible, and also making sure the island has a safe amount left. The Botanist wouldn’t want to be responsible for that dying-off, that’s something we take very seriously as a brand,” says Wood. While The Botanist’s popularity has spread across the globe in the seven years since it was founded, there is a deliberate effort to make sure the growth is as organic as possible, and not forcing a mass-production that could eventually strip the island bare. “I think the idea of doing more than necessary is never going to happen,” she muses, “We don’t want to become mass produced so we’re looking at how much we make every year, because you know that would have a direct effect on Islay. There’s a chain of people who are in charge of that, from James to Allan [Logan, Production Director] through the brand team themselves, making sure what we pick is sufficient for the supply but not enough to destroy the habitats or the livelihoods of the people and animals on the island.”

Everything at Bruichladdich is done with the utmost consideration: the nine core botanicals sourced from around the world are high quality and farmed correctly, water from the Octomore spring is only used in dilution, and everything is done by hand during distillation (including adding the botanicals, and even the water temperature is tested by dipping a hand into the water) – the human touch is there, and people are involved in every step of the process.

Visitors to the distillery are taken on foraging walks around the local RSPB (The Royal Society for the Protection of Birds) reserve to teach them what is available, and how to identify the different plants – because many people these days don’t seem to know what to look for either. “The first time I went out foraging, mint and gorse was what I knew,” Wood admits, “We walked 100 meters around the distillery and there were about 20 plants that just looked like weeds to me. As a younger person we maybe didn’t have that knowledge growing up. But we’re bringing that back to life.” Now she says she grows some of her own at home rather than relying on supermarkets, and visitors are also encouraged to grow their herbs on their kitchen windowsills (if they don’t have gardens).

This idea of foraging has become the philosophy behind The Botanist, from the distillery itself right down to the bars and the customers in their homes. From London to Singapore drinkers are encouraged to find what’s local to them and make their own drinks with what grows around them (eg. The Foraging Experience in Janda Baik). They have even launched the hashtag #beTheBotanist for people to share on social media how they are using the gin in cocktails (or even in their cooking), demonstrating how flexible the gin really is, as Wood adds “The idea is that we created it with these local flavours, now it’s your turn to try it with your local flavours. It’s very versatile so you can have it on its own with a sprig of whatever’s in your garden.” 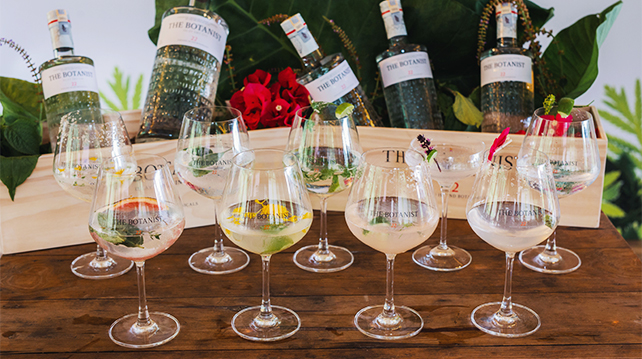 The Botanist Foraging Tour at Janda Baik gets guests closer to nature. [Photo: All Is Amazing]

Being based in Singapore, Wood has become familiar with the local zero-waste movement and shares that she’s a big fan of Native, saying “Vijay [Mudaliar, founder of the bar] always says ‘what grows together, goes together’ – it’s a really lovely comment to make because what grows in the same area has flavours that go really well together. It’s that concept of what people did 100 years ago, and bringing it back into our modern life that’s quite important for sustainability.”

It would seem that The Botanist’s foraging philosophy has emerged at the right time, meshing well with current attitudes towards sustainability and responsible consumption. Wood sees it too, saying “Zero-waste management is taking off, not only because it’s healthy, but there’s this popularity and support behind it now that maybe wasn’t there 10 years ago. I appreciate that when you talk about The Botanist and zero-waste management, you can talk similarly about both. Which is lovely.”