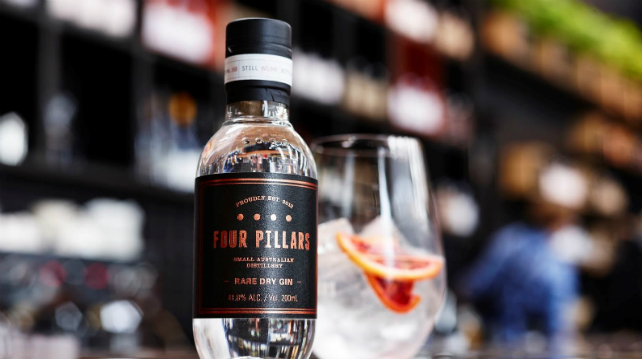 Gin’s so hot right now. So when Four Pillars announced that they’re bringing their Australian (Gin) Open competition to Asia, we couldn’t break out our tonics and limes fast enough.

Following the launch in the UK last year, this is the first time the Open is taken to Asia where competitors from six countries – Singapore, Hong Kong, Shanghai, Ho Chi Minh City, Bangkok, and Tokyo – will create imaginative cocktails together with Four Pillars’ craft gins.

Each bartender has to submit one drink recipe that includes at least 30ml of the award-winning Rare Dry Gin (submissions open on 13th of February and close on 15th of March). From here, eight bartenders from each city will be picked to compete in their Regional Final, and the respective winners will be sent to Singapore for the Grand Final on the 8th of May. They will also be invited to the Asia’s 50 Best Bars awards ceremony the night after, as well as the opening night of SGCF Festival Village – stay rested and hydrated, because it looks like it’s going to be a long three days!

At the Finals in Singapore, bartenders will prepare two serves each of their first cocktail submission, as well as a second one that must use a minimum 30ml of any other Four Pillars gin available in their home market. On the judging panel will be Four Pillars’ Creative Director of Drinks and global runner up of Bacardi Legacy 2018, James Irvine, as well as Four Pillars’ Singapore-based Gin Ambassador & Trade Relations Manager in Asia, Samuel Ng, among others. Entries will be marked on taste, aroma, creativity, concept and presentation; plus the cocktail experience based on audience engagement, brand knowledge and understanding, and presenting the drink within the time limit.

Two of the top winners from the Grand Final will win an all-expense paid trip to Australia to visit the Four Pillars distillery in Healesville, Yarra Valley, where they will get to distil their own gin, as well as a profile piece in DRiNK Magazine, AND a chance to showcase their winning cocktails at the Four Pillars booth at SGCF on 10th May.

For more information about the competition, check out their website and see if you are up for the challenge.