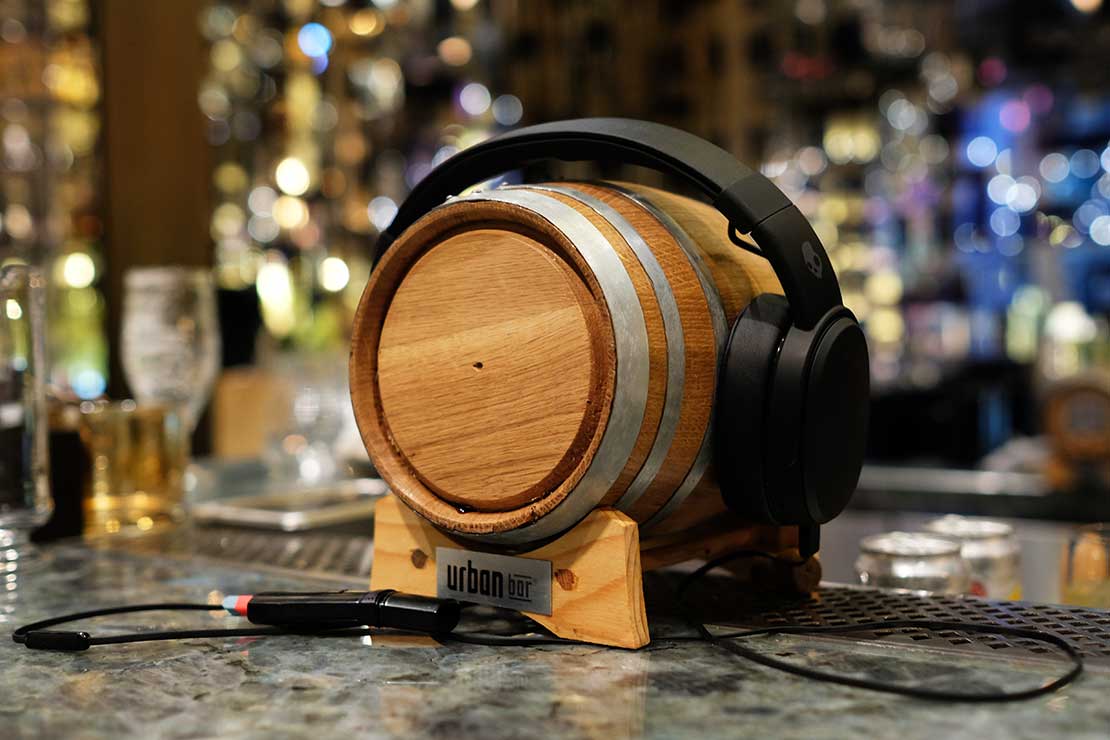 Let your liquid listen to the music

We have just been introduced to classic cocktails that listened to music. After going through the culinary journey with Nadodi’s cocktail menu inspired by Indian tribes, we thought it would be some time before we were excited about another beverage menu again. We didn’t have to wait long.

The cocktail menus in KL’s bars are getting more innovative. We have seen infusions, fat wash, sours, milk punch, barrel-ageing, and recently the culture of kombucha and low ABV cocktails. A new bar is opening in mid-October where you will soon be able to try all these in one menu. 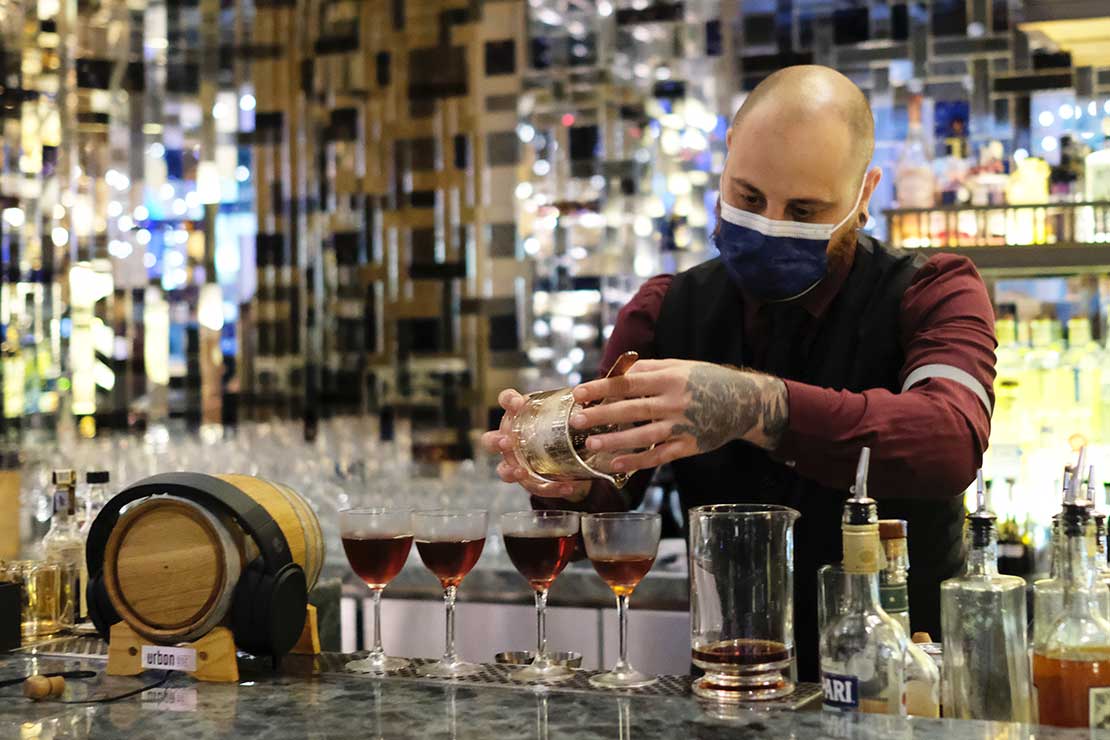 Giovanni Andrea Magliaro (above), the Bar Manager of to-be-opened Frank’s Bar didn’t rest while their opening was delayed by the pandemic which started in March. Instead, he experimented with different techniques that resulted in the current 5-cocktail menu.

Like Victor Frankenstein who created the creature, he put together several infusions in one mixture, added more elements into the mix, deconstructed them through clarification and then put them back again. “It (each experiment) sometimes took an hour, sometimes a day just to get the desired taste from the experiment,” said Giovanni at the pre-launch in the borrowed Bar Trigona, which is also their first collaboration bar in the barrel-ageing cocktail series. The star of the project, Drowned In The Sound, took 14 days to complete. 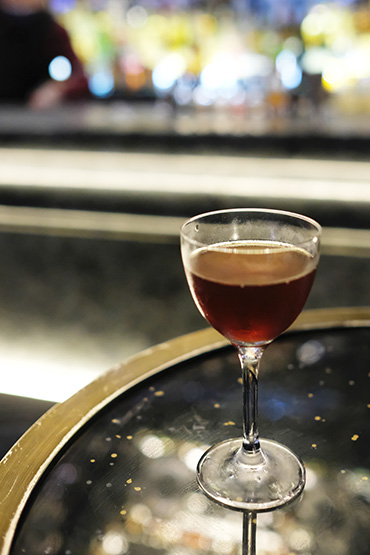 His Drowned In The Sound (above) is a small batch Boulevardier that has been left to sit in a 2-litre barrel and made to work following the operation hours of the upcoming bar. For four hours a day between 4pm and 8pm, the set of headphones hugging the mini barrel would start playing Frank’s music list – from the slow tempo of Frank Sinatra to faster beats as the mood of the bar rises throughout the night. This went on for a continuous 14 days, the optimal ageing time expected in this size of barrel. The result is a Boulevardier that has its edges “vibrated off”, where its liquid molecules have interacted through a dance with the music’s tempo and the barrel, resulting in a rounder texture compared to the drink that’s freshly made.

The effect of music tempo

The concept of using the vibration from music tempo to tempt liquid into molecular change is not new. It’s called sonic ageing. 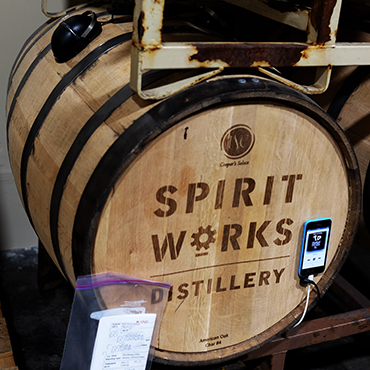 Spirits Works Distillery in the US has been experimenting with sonic ageing since 2013 by putting the same liquid in the same type of barrels. Playing rock music to one during the ageing process is said to have resulted in different texture and taste profile of the whiskey compared to another that was played classical music.

Manhattan Bar in Singapore had done similar with their signature Manhattan cocktail in a barrel which was left to sit in a music room while ageing to perfection. Hyde 53M also ages their cocktails in barrels, and are known for their aged Negroni. They have collaborated with GinRum.Me and used their Negroni barrel to age Tanqueray No.Ten Gin picture below). 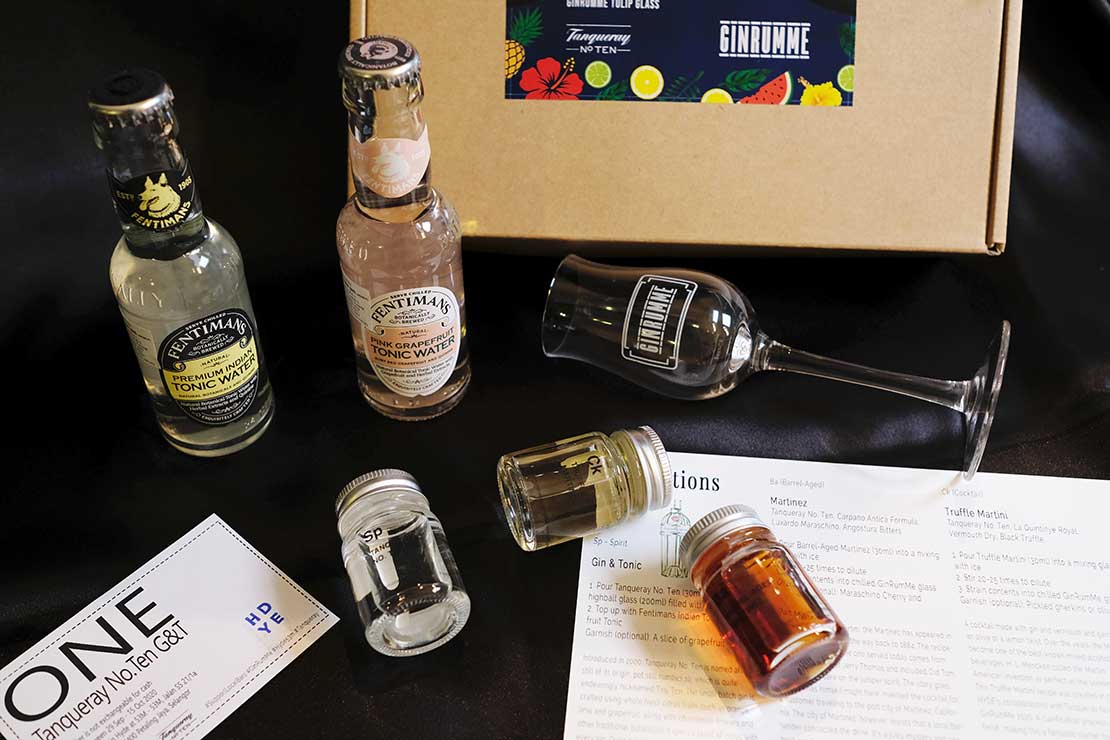 The Boulevardier served in Bar Trigona during the preview were from the two new American Oak barrels under the care of the hosting bar. In the future, it is said that the collaboration bar would be filling their own cocktail with their own playlist.

Frank’s Bar’s new menu is lined-up in a sequence in which each drink can be best enjoyed. Starting with the Basil Trumpet, Floral Lah, Mash-Up Classic to the P.B.J. (stands for peanut butter jelly). Here is an experience of the heart and soul by Giovanni, when we were expressing our creativity during the lockdown, his is the injection of Italian-ness. What’s worth mentioning is the food menu based on recipes from Chef Diego Reali's mum, which will be served in Natalina, the Italian restaurant that's named after Frank Sinatra's mother.

Frank’s Bar, a speakeasy only accessible through doors from three adjacent restaurants is opening on 15 October 2020 onwards.