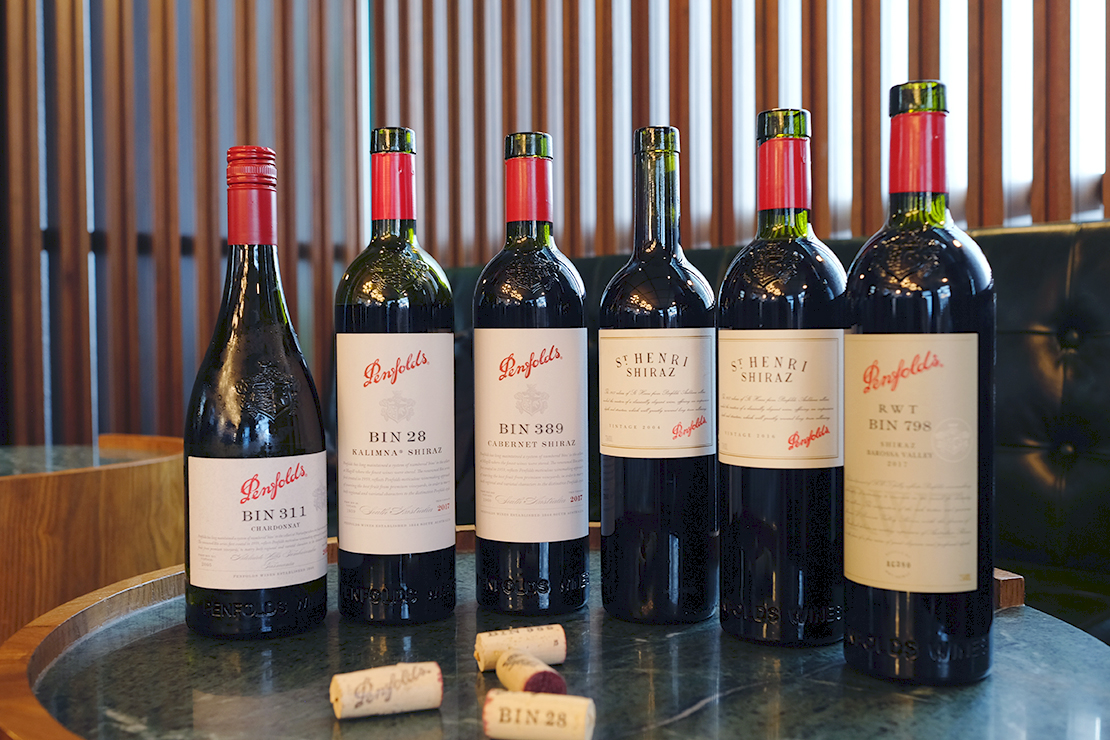 Some of Penfolds' signatory wines

Penfolds, one of the oldest wineries in Australia, is a brand well known for its reds. The brand was founded by a British couple in 1844, who emigrated to Australia during the influx of British immigrants to settle the colony in the new world.

Dr. Christopher Rawson Penfold and Mary Penfold acquired the 500 acres Magill Estate after their arrival and started cultivating French grape vines around their cottage. Believing that there were medicinal benefits in wine, the couple initially concocted fortified wines for Christopher’s patients. The clinic quickly become the place to go for wine dispensing. Eventually the wine production expanded and the brand Penfolds was established.

While Christopher continued to focus on his practice, Mary was the one who took the responsibilities of cultivation and grape blending. She even continued the running of the winery business after the passing of Christopher in 1870.

Mary was the first winemaker in Australia that blended wines that have been aged for 2 to 3 years and bottled entirely according to her judgment and taste. At that time, this practice was unheard of. At the peak of Penfolds’ business, the winery owned about one third of all South Australia’s wine production.

The winery started to focus on producing table wines in the 1940s and 50s. Their first chief winemaker at Penfolds, Max Schubert, initiated experiments in producing cellar-worthy wines for ageing. The idea came from Schubert’s time in Bordeaux and his choice of grapes for his experiment was Shiraz, which remains the main grape varietal in The Grange today.

He named the range after the founders’ cottage, Grange. The experiment was shut down by the management board at the first tasting of the wine among friends and family. However, Schubert secretly crafted the vintages for the next 3 years until the board instructed him to resume production in 1960. From then on, Grange kept winning awards. In 2017, Penfolds Grange was classified as a First Growth in Liv-ev's 2017 recreation of the Bordeaux 1855 classification, which put The Grange alongside Bordeaux wines. In 2019, Penfolds Grange 2008 was nominated one of the Best 2008 Vintage Australian Shiraz/Syrah.

The “bin wines” were born at the time when Grange was shafted away in the deep end of Penfolds’ cellar. Kalimna Bin 28 became the first official Penfolds Bin numbered wine, with “bin” referring to the storage area of the cellars where the wine was aged.

Today, the Penfolds wine making team comprises of eight winemakers, producing one of the biggest wine ranges in Australia from The Penfolds Collection, Special Bottlings, Koonunga Hill, Cellar Reserve to Max’s. It can be tough to find out where to start for drinkers new to the brand.

We asked Penfolds’ Winemaking Ambassador, Sam Stephens for some tips. Here is what he said,

“I always recommend that people start the journey with (Penfolds) Koonunga Hill, which is our entry level wine because it is the most fruit forward with the most honest expression. In this range we have Shiraz Cabernet, Cabernet Sauvignon, Shiraz and Chardonnay, which is a good cross section of styles. From there you could work out if you like single grape varietals or blends, and then you can follow this path through the Penfolds family.”

We also asked Stephens if Penfolds Grange has been compared alongside Bordeaux wines often and what’s the outcome?

“We know that Grange very often gets put up on a pedestal with a wine of the world as it should be, because of the price points and the quality that it sits at. I’ve personally done dinners where I’ve had Grange next to Petrus, Château Margaux, Gran Cru Burgundy’s… though the wine styles are very different but hopefully one thing that everybody in the room agreed on was that all of the wines had the quality markers, the complexity, the intensity, unique characters that you are only tasting wines that have those qualities. It is not a competition of saying which is better, we just want to be in the same field.”

Stephens went further to say that Grange should be better off being compared to the wines of the Rhone Valley because they use a lot of Shiraz/Syrah as compared to Bordeaux where cabernet is the main grape of the Left Bank.