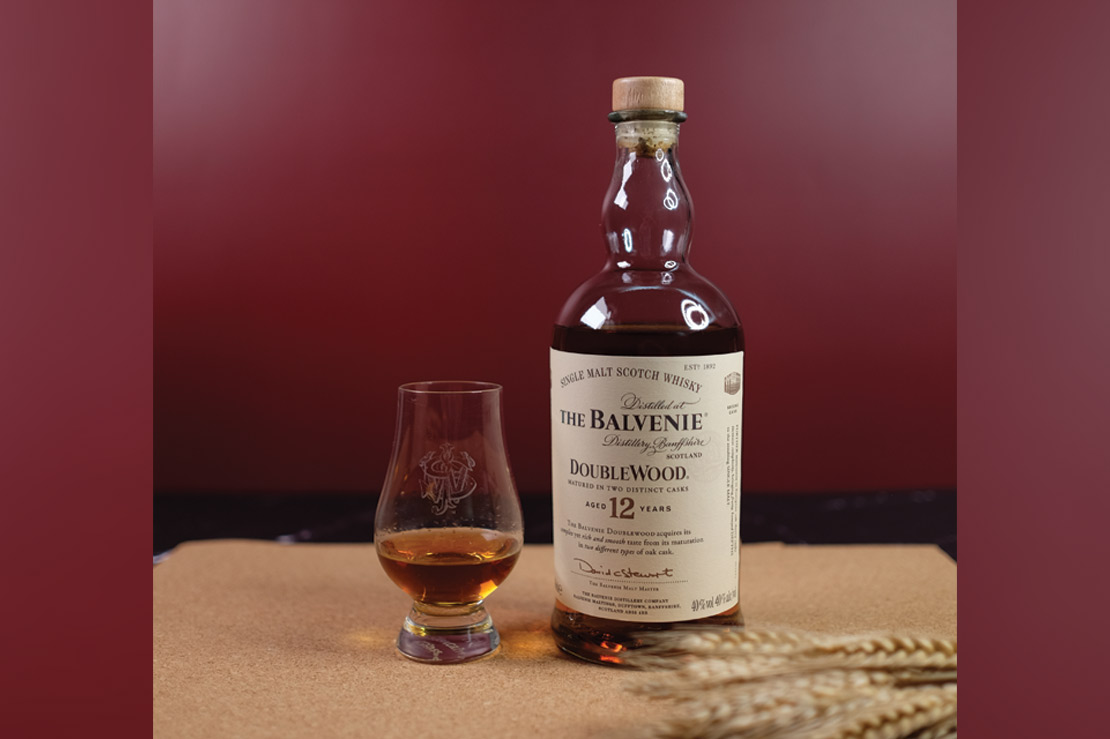 The Balvenie Stories and People

The Balvenie celebrated the 10th World Whisky Day in 2021 by taking a tour of the Dufftown Distillery and shared the stories of the ‘five rare crafts’ that makes their golden spirit.

Gemma Paterson and Kelsey McKechnie during the recording of The Balvenie's first podcast in Kentucky.

As the only distillery in the Scottish Highlands that still grows a proportion of their own barley, the farmers sow and harvest the grain on the farm that overlooks the distillery.

Supporting the picturesque landscape is an onsite spring from where water is used in the making of The Balvenie.

Malting floor and the haunted room

The Balvenie is one of a handful of distilleries that still uses traditional floor malting. The barley is steeped with spring water sourced from the hills above the distillery and laid out on the malting floor where they are turned by hand until the malted barley is ready for the kiln. 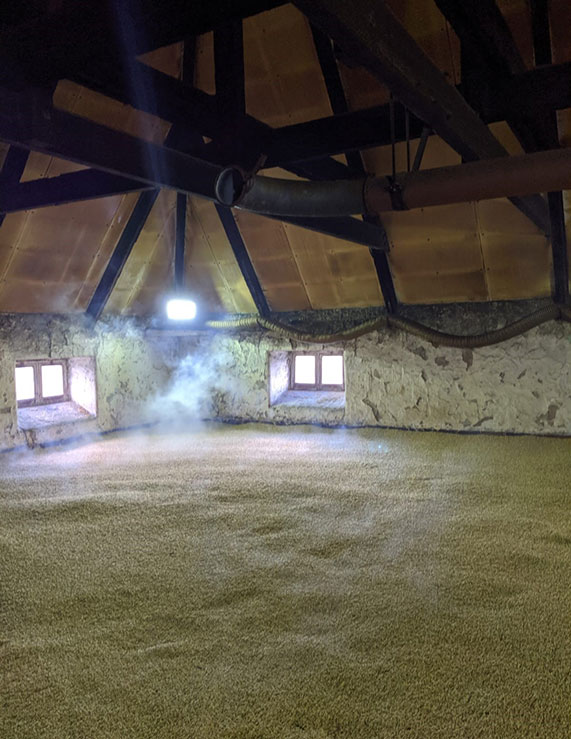 The Balvenie is one of few distilleries in Scotland that still has a traditional malting floor.

The Green Lady has been a tale told by many who worked night shifts at the distillery. It’s been said footsteps have been heard above the malt room and to drown out the sound, loud music is usually played throughout the maltmen’s shifts.

Robbie Gormley worked for The Balvenie for 42 years, 27 of them in malting. He penned a poem for his retirement about a meeting with the Green Lady on his last night shift. The head of malting described the farewell and his encounter of the ghost and the monkey on her shoulder, playing with her hair.

Listen to the full poem in episode 3 of The Balvenie Podcast.

Cooperage and the ‘dipping’ dog

The Balvenie has a cooperage, a rare department still managed in house amongst Scotland’s distilleries, where whisky casks are repaired, rebuilt, filled and sealed by the coopers by hand. 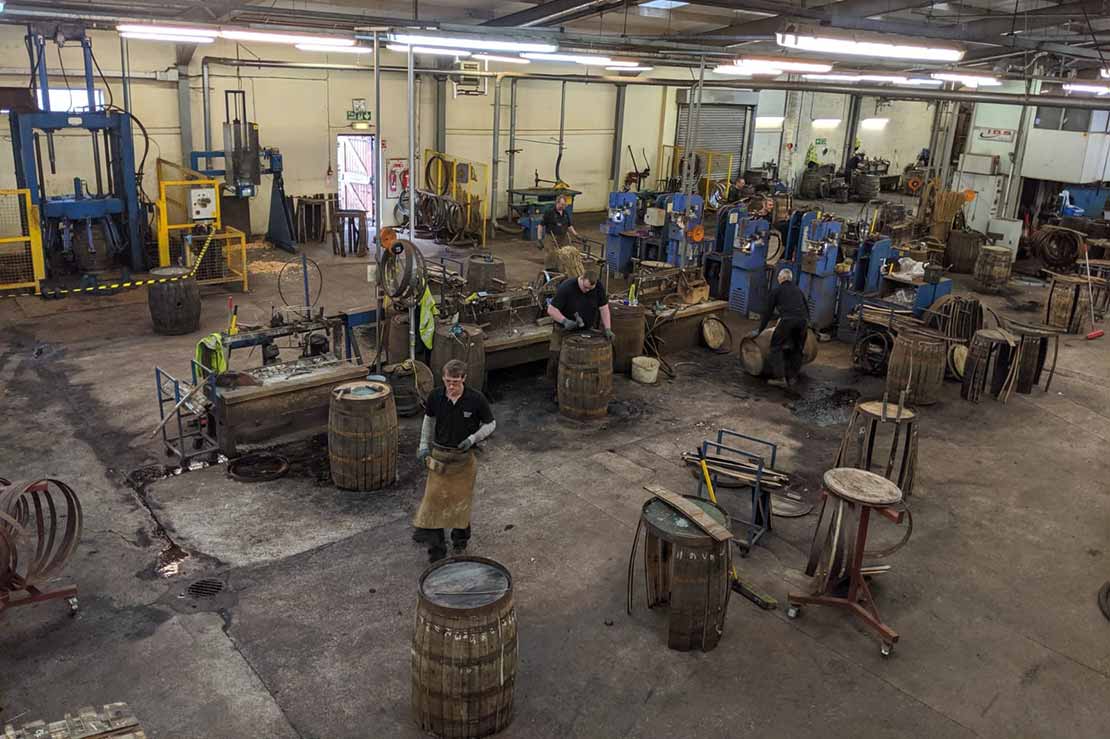 One of the five rare crafts at The Balvenie, the cooperage.

One of the longest serving coppersmiths, Dennis “The Menace” McBain who started as an apprentice at 15 in 1958, shared his story of his first encounter with a dipping dog. He is often described as “mischievous” which got him his nickname.

Once during the early days of his apprenticeship, he was passed a copper tubing and told to flatten it by any means he could. He did as he was told and returned it only to find out it was a “dipping dog” retrieved from a workman’s jacket during a regular inspection by the distillery manager. To save the worker from punishment, he had ordered McBain to “destroy the evidence”.

A ‘Dipping’ dog is a nifty tubing device made of copper that can be lowered into a cask to ‘liberate’ some whisky. The cylinder can be inserted under a worker’s trouser leg and the action is known as “walking the dog”. It is also referred to as “a man’s best friend” since, like a dog, it was kept on a leash and always by one’s side. 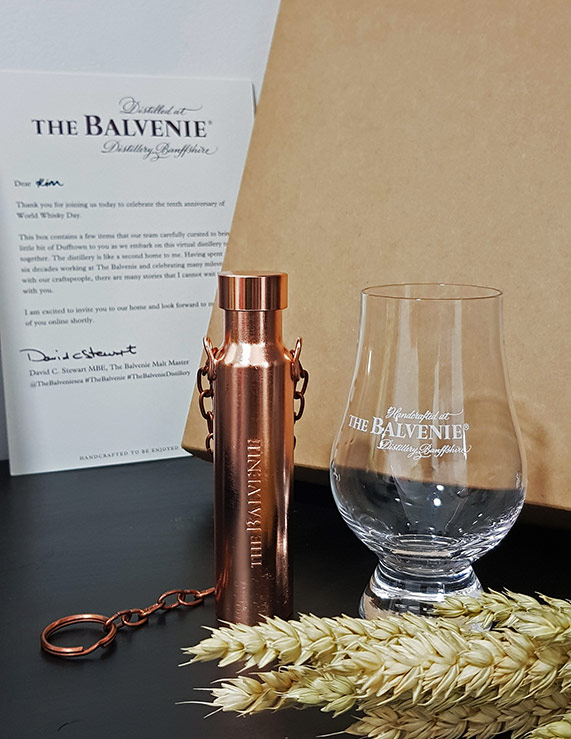 The Balvenie dipping dog can be purchased as thorugh gift packs especially during festive seasons.

The sneaky practise was later replaced with whisky rations by distilleries. There is no official record of the origin of the dipping dog but the metal tubing is part of The Balvenie’s merchandise and as a gift with purchase.

The Birth of DoubleWood

He was the first to craft whisky by taking liquid from an ex-bourbon cask and putting it into an ex-Oloroso cask for nine months to finish the liquid. Thus was born The Balvenie DoubleWood 12YO and his signature is on every bottle of The Balvenie DoubleWood since its inception in 1983. This technique is now often used in the industry and known as “double casking”.

Stewart is among one of the longest-serving malt masters in the whisky industry. He has nosed over 450,000 samples during his career. To find a successor for this rarest of jobs is among one in a million.

He didn’t have to look far when a science grad who worked in the distillery lab volunteered for the nosing panel and got hooked with the experience. Kelsey McKechnie became Apprentice Malt Master at 26, one of the youngest women in the world to achieve this position and her talent for nosing has given her this “rarest of jobs”.

McKenchnie is described as a “a precious talent, with a real flair for distillation, a dedication to her craft and a self-assurance and poise that completely belie her age” by her mentor David Stewart.

For more stories and interviews, listen to The Balvenie podcast on Spotify hosted by Gemma Paterson.