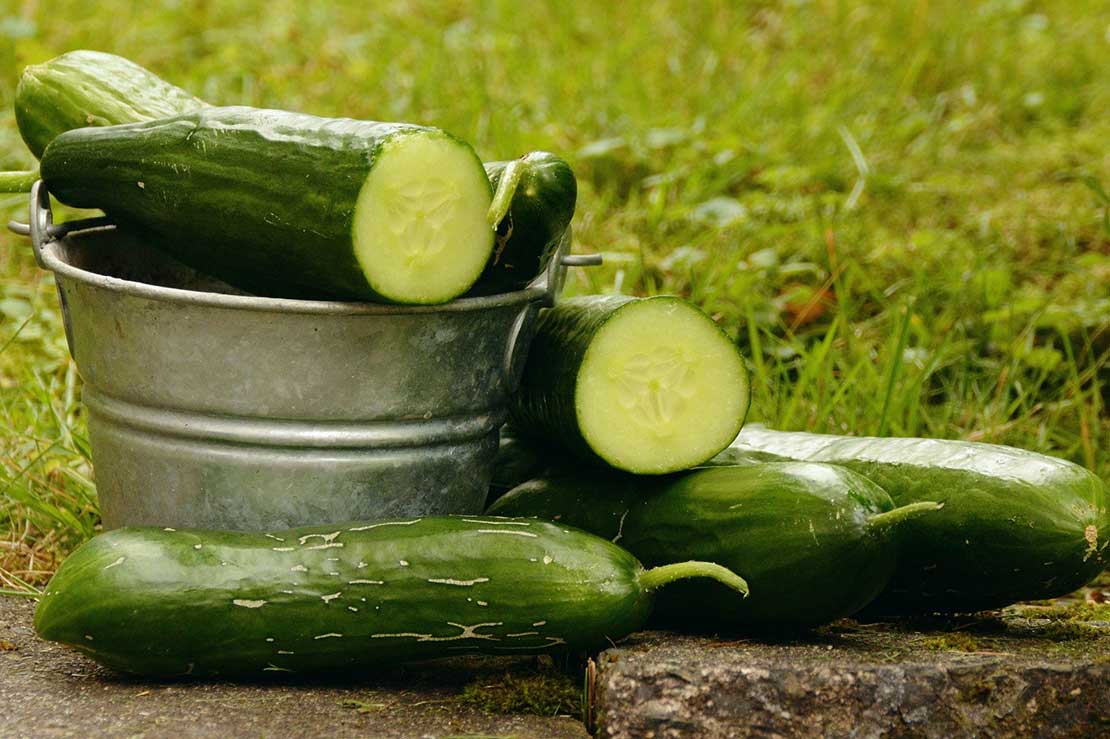 The things you didn’t know about cucumber

Image by congerdesign from Pixabay

It’s World Cucumber Day and we know who originated this day, the gin brand that makes “peculiar” their marketing pun. Hendrick’s was an instant hit when it introduced drinking gin and tonic not with citrus or pickled olives, but fresh cucumber slices.

But what do we know about cucumber?

Originated from India, cucumber has been cultivated for 3,000 years and is believed to have been introduced to Europe by the Greeks or Romans. The cucumber back then was very bitter, probably a defence mechanism to fend off bugs and pests. Some cucumber may still be bitter today but mostly, we remember them as juicy and sweet, and best on a hot day and nasi lemak.

It’s a fruit, not a vegetable

This is because a cucumber grows out of a flower and contains seeds that allows reproduction, unlike other parts of the plant like the stems, leaves and roots. The “cooling” plant’s inner temperature can be up to 20 degrees Fahrenheit cooler than the outside and are made into facial masks, pickles, and put in salad to retrieve its goodness.

An embarrassing social indiscretion that one would want to avoid. Hence, the development of “burpless” (or “fartless”) cucumber which are sometimes called “seedless” as the seeds and skin of a cucumber can give some people gas.

For a long time since its induction in the 14th century to England, raw cucumber was believed to be bad for health. It tasted so bad and green it should only be fed to the cows.

"It has been a common saying of physicians in England, that a cucumber should be well sliced, and dressed with pepper and vinegar, and then thrown out, as good for nothing." - Samuel Johnson

It used to be made into alcohol

Recorded in the bible, cucumber was consumed in ancient Egypt: Number 11:5 “We remember the fish, which we did eat in Egypt freely; the cucumbers, and the melons, and the leeks, and the onions, and the garlick”.

Cucumber was even made into weak alcohol by having the middle part liquified with a stick, buried into the ground for several days and unearthed to be drank.

Cucumber made it big in the world of spirits when chemist, Lesley Gracie created Hendrick’s Gin in Girvan Distillery in late 1990s. The gin is inspired by the English use of cucumber in sandwich, a unique dish for picnic. Gracie added Bulgarian roses into the mix, bringing the English garden into a bottle.

Ever since, it has led to many innovative gins not juniper forward or London Dry, creating a whole new contemporary category within the gin classification.

Who created the World Gin Day?

According to Hendrick’s Gin website, “Cucumber Day was invented by cucumber growers, in England in 2011, to extol the virtues of the gallant cucumber.”

We checked the Cucumber Growers Association’s website but no record of such day being invented, which leads us to believe that it is a made-up celebration by Hendrick’s just a few days apart from World Gin Day celebrated every second Saturday of June. What better way to make the world drink your gin than creating a day to celebrate that one ingredient no other gins use?

Cucumber Festival is celebrated around the world

There is a cucumber capital in Lithuania

Although it’s humorously named, Kėdainiai has over a century’s history of cucumber cultivation by the Jews when gardening became popular in the 19th century. Jews were annihilated from the town before WWII but planting of the fruit survived the wars until today and cucumber has been made the symbol of Kėdainiai.

Every year in August, a Cucumber Festival is held in the Old Town of Kėdainiai and in recent years, alongside the Broma Jazz Festival. It is said that the Cucumber Festival was created in 1997 to honour cucumber growers.

Today, we are celebrating a month or two earlier than the other places this resilient green fruit. But who needs a reason to drink G&T? Let it be decorated with a slice of cucumber.